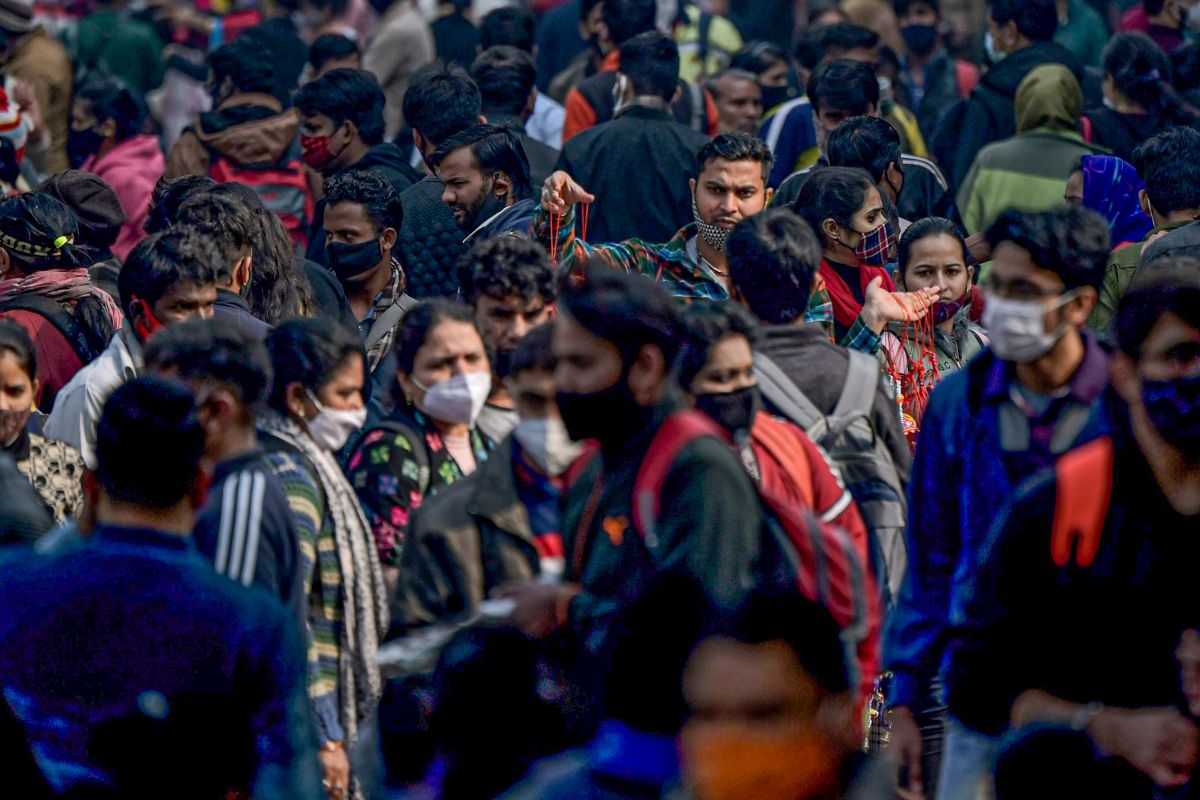 COVID Fourth Wave Latest Update: The Indian SARS-CoV-2 Genomics Consortium (INSACOG) on Friday confirmed the first case of the BA.4 Omicron variant in India has been reported from Hyderabad. In this regard, the INSACOG has conducted a meeting and discussed the BA.4, and the group of genetic laboratories is currently working to identify new variants.Also Read – India Reports First Case Of Omicron Subvariant BA.4 in Hyderabad

As per updates, after the first case of BA.4 was detected, the contact tracing has already been started of those who came in contact with a person who travelled to Hyderabad from South Africa. Also Read – Why Delhi Witnessing Fluctuation In Covid Cases And How Long Will It Continue? Check What Experts Say

The matter of concern is that the subvariant along with BA.5 has been causing a major wave of fresh coronavirus infections in South Africa and has now been reported in other countries including the US and the UK. This new strain of the SARS CoV 2 virus, like BA.2 subvariant, has been found capable of immune evasion from past infection and vaccination. Also Read – One Confirmed Case Of XE Variant Detected In India, But No Cluster So Far, Says INSACOG

As the BA.4 and BA.5 variants of Omicron have been associated with the fifth COVID wave in South Africa, will it cause a fresh COVID wave in India? Check what experts say:

Addressing the fear, scientists in India have said that BA.4, BA.5 don’t pose any major risk to the country, and it is less likely to cause COVID fourth Wave in India.

Speaking to TOI, Dr Anurag Agrawal, ex-director of CSIR-IGIB and dean of biosciences and health research at Ashoka University, said that South Africa had BA.1 as the dominant variant in its Omicron wave, while India had mostly BA.2.

He said the cross-immunity to BA.4 and BA.5 has been found to be lower for BA.1-recovered than BA.2-recovered patients. Hence, he is of opinion that at antigen level, BA.4 and BA.5 are similar to BA.2 but have substantial differences compared to BA.1. He expects the risk of large BA.4 and BA.5 outbreaks to be low in regions such as India, where BA.2 caused large waves.

On the other hand, virologist Dr Gagandeep Kang told TOI that the metrics that matter in assessing risk to health systems are– type of variant, severity of disease it causes in those vaccinated or infected and, how long ago was the population vaccinated or previously infected.

Based on India’s experience with BA.2, he doesn’t not anticipate any health system stress from BA.4 and BA.5.

Giving details, epidemiologist and physician Dr Chandrakant Lahariya told TOI that South Africa has had a rise in cases due to BA.4 and BA.5, but there has been very little change in hospitalisations.

He added that BA.1 had dominated in the previous Omicron wave in South Africa and India had BA.2 dominance during its third wave. “It’s because of these reasons, India is unlikely to see a fresh wave due to BA.4 and BA.5,” he added.

Denial of responsibility! Yours Headline is an automatic aggregator of the all world’s media. In each content, the hyperlink to the primary source is specified. All trademarks belong to their rightful owners, all materials to their authors. If you are the owner of the content and do not want us to publish your materials, please contact us by email – [email protected]. The content will be deleted within 24 hours.
BA.2BA.4BA.5BA4 Omicron variantCoronavirus Variant India ExplainedcovidCOVID fourth Wave in HyderabadCOVID fourth Wave in India
0
Share

What is Roe v. Wade And Why The New Abortion Verdict Puts US On Edge? Explained