Will Marvel Or DC Have the Better Year in 2022? 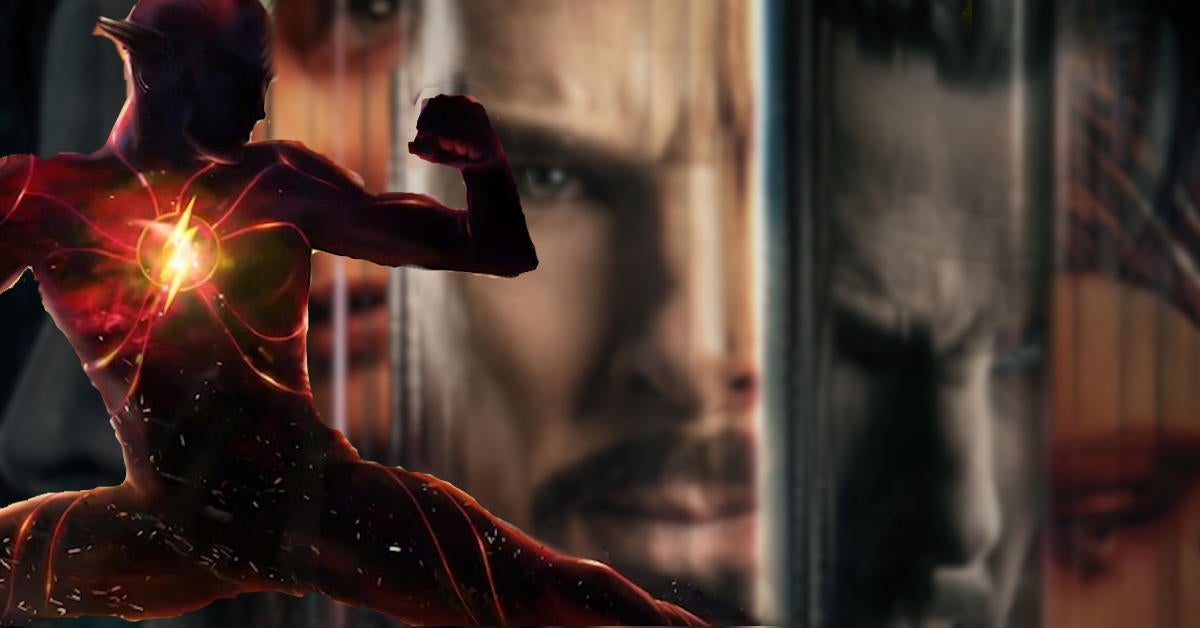 Will Marvel or DC have a better year in 2022? It’s a big question – one that the ComicBook Nation Podcast has decided to dig into. 2022 is going to be a landmark year for comic book movies and TV shows as a whole, as not only are we getting a whole lot of new content, but also a small deluge of holdovers from 2021. It’s arguable that fans are collectively winning with having all this superhero goodness on the big and small screen coming their way – but then again, everyone has their favorite camps, so if you have to make a choice, who do you got? Marvel or DC?

ComicBook Nation Podcast host Kofi Outlaw kicked off the discussion by saying that it looked like Marvel had the early lead with movies – what this the big event film that is Doctor Strange In the Multiverse of Madness; as well as two big hero mantles being passed to ladies, in both Thor: Love and Thunder and Black Panther: Wakanda Forever. On first glance, it’s easy to think that Marvel is stacked for an easy win.

HOWEVER, ComicBook Nation co-host Matthew Aguilar and Phase Zero co-host Jenna Anderson both made good points about why Marvel may not have the movie lane locked up in 2022. DC is coming with The Batman early in the year (March), and Matt Reeves’ reboot already has massive mainstream buzz, with stars Robert Pattinson and Zoe Kravitz having won the approval of the Batman fandom. The Batman could be a monster, giving any one of Marvel’s films a competitive run at the box office.

After Batman kicks things off, DC is actually looking pretty stacked throughout the rest of the year. League of Super-Pets could be the biggest franchise animated spinoff since LEGO Batman (if not bigger). DC and Warner Bros. will get to double-dip on Dwayne Johnson’s star power, using his voice for Super-Pets, while The Rock steps center stage for his Black Adam movie (a spinoff of Shazam!) in July.

Then there’s the small matter of The Flash in November – a film that could rival Doctor Strange 2 in terms of resetting the entire franchise canon through multiverse machinations. With two Batmans (Michael Keaton and Ben Affleck) and some new heroes (Supergirl) stepping in, The Flash could be a monumental game-changer for the DCEU. Jason Momoa’s next Aquaman movie (a billion-dollar franchise) will end out the year. If that’s not enough, DC/WB will blur the line with the Batgirl movie, which will come out on HBO Max, before introducing Batgirl star Leslie Grace to bigger DC movie projects.

In short: DC could actually kill it on the movie front in 2022!

The big conversation around DC and Marvel TV in 2022 led the ComicBook Nation crew to one main conclusion: it’s all about end goals and objectives.

Marvel’s next wave of Disney+ series (Ms. Marvel, Moon Knight, She-Hulk) are all bringing some highly anticipated Marvel characters into the Marvel Cinematic Universe, with stars both new and established bringing those series to life. Marvel Studios ruled the TV Zeitgeist with the MCU Disney+ shows in 2021 – hard to believe it won’t happen again. All we need now are firm dates of release for these shows!

For DC/WB, there’s massive potential in creating new synchronicity through TV. The CW Arrowverse is what it is by now, and the HBO Max DC series (Titans, Doom Patrol) have their own corner, but like Marvel, DC is going to be tightly integrating their movie and TV universes, and that may be the biggest success for the franchise.

As of writing this, James Gunn’s Peacemaker series seems to be a hit in it premiere week; the series will mark the first successful extension of the DCEU movie universe to television. The Batgirl movie will (as stated blur the line between TV and movies, opening a new lane (character solo features offered through streaming services) that even Marvel has yet to explore. Other series like The Batman’s Gotham P.D. tie-in show or the Green Lantern anthology series can potentially continue to both extend the DC movie universe on TV and add more diverse yet acclaimed prestige content to the DC brand (see: HBO’s Watchmen).

This came down to just two games we feel sure about arriving in 2022: Marvel Midnight Sons, and DC’s next Batman game, Gotham Knights. The verdict was unanimous: the team all want Gotham Knights as their top pick. DC wins this one.

Total draw. Both DC and Marvel have both big traditional crossover events that look promising; Marvel has more solo books the team is excited for, but DC’s Black Label and general variety of comic content are just as promising.

There are several additional ways you can subscribe and/or listen to ComicBook Nation, which are listed below:

Each episode has a deep dive into the current biggest discussion topics and debates within geek culture – with movies, tv, comics, and video games all regular features, and hot genres like sci-fi, anime, and wrestling featured regularly. No matter what your level of geekdom, we have something for you to dig into.

New episodes are launched every Wednesday, so be sure to subscribe now so you don’t miss out!

After every show we’ll keep the discussion on Twitter with the #ComicBookNation hashtag, and you can also keep up with ComicBook.com and show hosts Kofi Outlaw, Janell Wheeler, and Matt Aguilar via the Twitter handles, listed below:

Have thoughts to share? Want us to cover something on the show? Let us know in the comments!

Denial of responsibility! Yours Headline is an automatic aggregator of the all world’s media. In each content, the hyperlink to the primary source is specified. All trademarks belong to their rightful owners, all materials to their authors. If you are the owner of the content and do not want us to publish your materials, please contact us by email – [email protected]. The content will be deleted within 24 hours.
Comicbook Nation Podcastdc comicsMarvel StudiosWarner Bros. Pictures
0
Share