Why Democrats Aren’t Attacking Ron Johnson for His Outlandish Comments 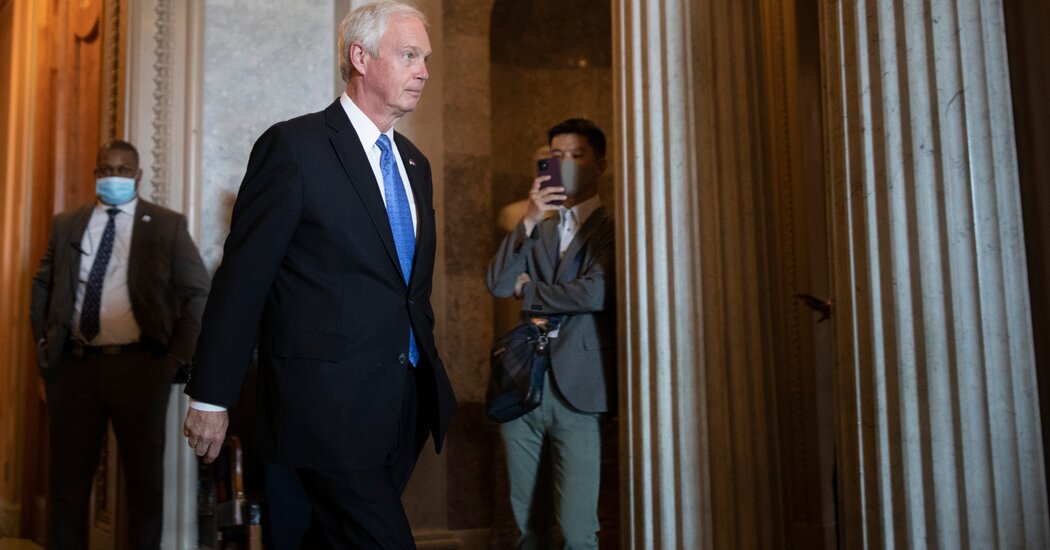 That makes Johnson a top target for Democrats, who are hoping that defeating him will help them hang onto their Senate majority. Republican primaries are still sorting themselves out in Pennsylvania, Georgia and Arizona — which means that Johnson will be the Democratic Party’s chief villain for the next few months, too.

A Look Ahead to the 2022 U.S. Midterm Elections

Multiple Democrats are vying to take on Johnson, though they all entered the race before they knew he was running again. Among them are Lt. Gov. Mandela Barnes and State Treasurer Sarah Godlewski, along with Alex Lasry, an executive with the Milwaukee Bucks, and Tom Nelson, a county executive.

Did Trump change the game?

Johnson isn’t the only candidate who has repeated misinformation on the pandemic. In Pennsylvania, Mehmet Oz, a celebrity doctor who has advocated for using unproven drugs to treat Covid-19, could become the Senate nominee for Republicans. Will Democrats attack him for that, or would they go after him as a wealthy carpetbagger who has been living for years in New Jersey?

In the pre-Trump world, Democrats actively rooted for opponents known for making outlandish or false statements, because they made for easier targets. Take Todd Akin, a Missouri Senate candidate who was ostracized from the Republican Party in 2012 for saying: “If it’s a legitimate rape, the female body has ways to try to shut that whole thing down.” Claire McCaskill, the Democrat who defeated Akin, later confessed to shotgunning a beer when Akin won the G.O.P. primary.

Now, however, many Democrats doubt that comments like Akin’s would register with voters in the same way.

“The difference would be that as soon as it happened, there would just be a chorus on the right that would just say, ‘Oh, yeah, yeah, that’s true. A woman’s body can just shut that down,’” said Jason Kander, a Democrat who fell short in the 2016 Missouri Senate race.

Candidates, taking their cues from Trump, have also learned to recast their gaffes as bold truth-telling. As Johnson wrote in his announcement in The Wall Street Journal, “Countless people have encouraged me to run, saying they rely on me to be their voice, to speak plain and obvious truths other elected leaders shirk from expressing — truths the elite in government, mainstream media and Big Tech don’t want you to hear.”

Blinken to Meet With Russia as U.S. Pushes For More Diplomacy on Ukraine

Tensions between Trump and DeSantis ratcheting up