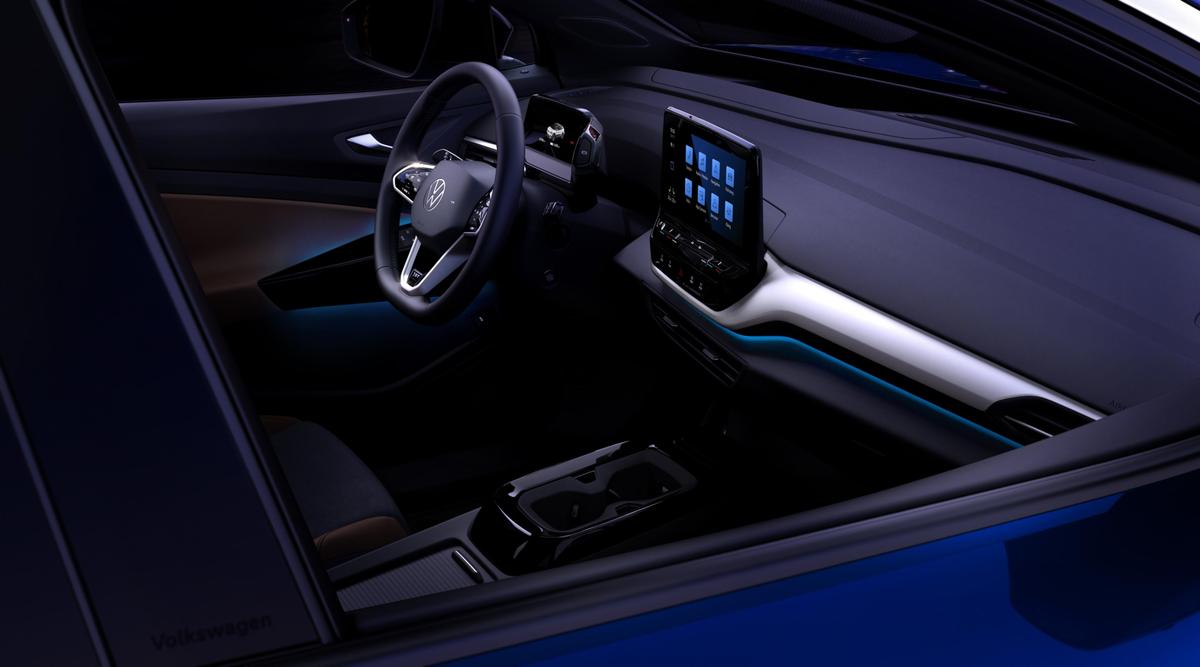 The new boss of the Volkswagen brand has already signed the death warrant for its controversial steering switchgear, and now he’s addressing some other tech grievances.

“In this rush to create these vehicles to be quick off the mark and so on, the team had come up with different ideas,” he told CAR.

For more Motoring related news and videos check out Motoring >>

“We know what we need to do. We’ve got feedback from customers, we’ve feedback from clinics and from journalists… They say, ‘You know this is not good. You’ve got to improve this.’”

The touch slider for the climate controls on models like the Volkswagen Golf and ID.4, which perplexingly lacks illumination, will be fixed promptly.

“One of the criticisms was the slider functions were not illuminated, so you didn’t know they were there at night time. That’s fixed now and it’s coming next year. They will be all illuminated,” said Mr Schäfer

He acknowledged mistakes had been made with the company’s infotainment systems, with the latest-generation MIB3 system criticised for lag, bugs and useability issues.

Software updates will be rolled out as early as this year, with hardware upgrades to be installed within the next 18 months.

“The new 3.0 software is coming now… The hardware changes will come through from early 2024. [Revised] steering wheels are from next year, the new Tiguan will be the start,” said Mr Schäfer.

He promised the new systems will be faster, boast more features, and have more frequent over-the-air updates available.

Mr Schäfer revealed the problems with the brand’s infotainment were so bad the board has been meeting monthly to monitor progress.

“The [technical] team puts together mock-ups and we sit down and try them. We can say: ‘This doesn’t really work. Who the hell did this? Next!’ If you don’t do that, you can take the wrong decisions,” said Mr Schäfer.

“First of all they must have clear guidelines and clear logic behind it. And then once the team has it within these boundaries, you can speed up the process and not always try and reinvent the wheel and put the hazard light switch in the middle, then on the top and then somewhere else… It’s actually quite simple,” he said.

“If you listen carefully you find out what you should and shouldn’t do.

“We say ‘What are the top 10 functions that customers always need?’ We put them on the first level in hard buttons. Then on the next 20 functions, where do we put them? We put some logic into it. And then keep it the bloody same. Don’t change it around!”

He conceded the brand has, over the past few years, created confusion in its vehicles by moving essential switchgear around and being inconsistent across models.

Volkswagen isn’t the only brand to move away from touch-capacitive switchgear.

General Motors and Ford embraced touch-capacitive switchgear in the early/mid-2010s but began to phase it out after receiving criticism from owners.

Ford’s luxury brand Lincoln began introducing touch-capacitive controls for functions like climate control in 2011, but by 2013 it announced it was returning to buttons for these functions.

Denial of responsibility! Yours Headline is an automatic aggregator of the all world’s media. In each content, the hyperlink to the primary source is specified. All trademarks belong to their rightful owners, all materials to their authors. If you are the owner of the content and do not want us to publish your materials, please contact us by email – [email protected]. The content will be deleted within 24 hours.
LifestyleMotoring
0
Share

Peugeot Rifter MPV under consideration for Australia, could offer EV