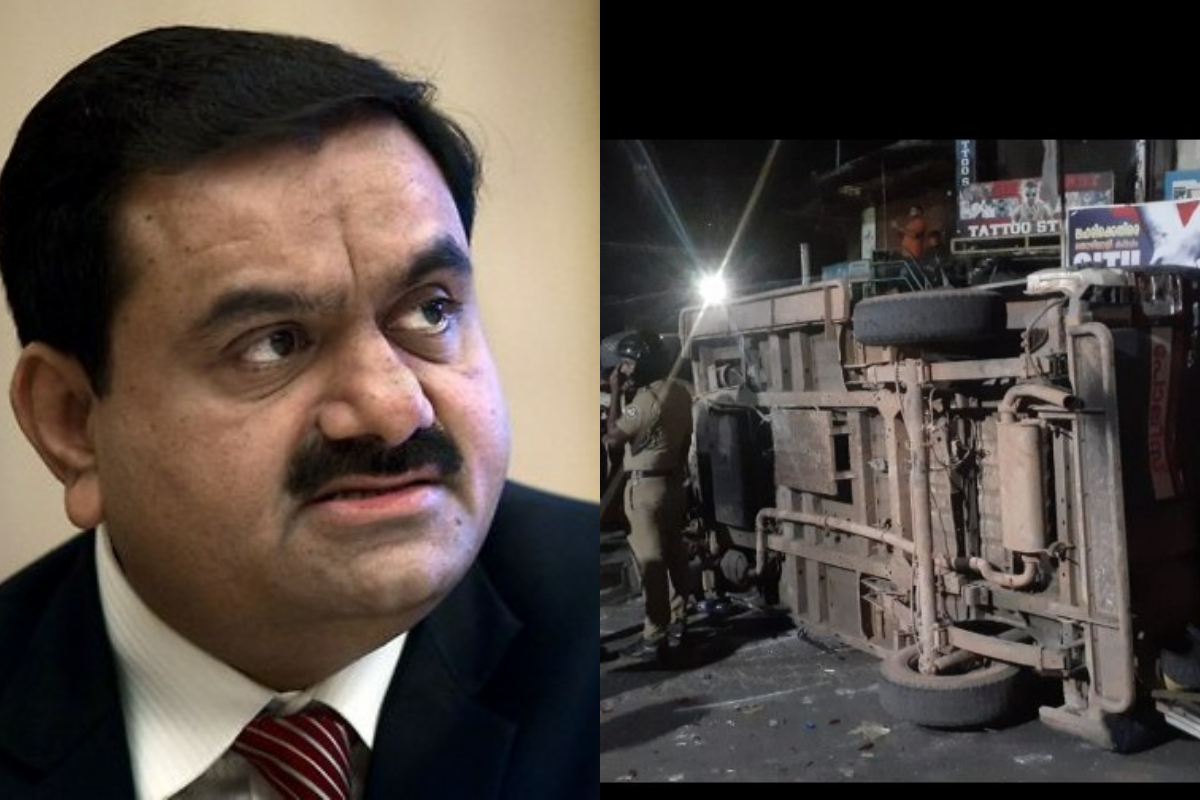 Kerala Police have named Latin archdiocese archbishop Dr Thomas J Netto as the prime accused in the case registered over the clash that clash that erupted in Vizhinjam, Thiruvanthapuram on Saturday, November 26.

New Delhi: The controversy surrounding Vizhinjam International Seaport Limited, a dream project of Gautam Adani, seems to have no end in the near future. On one side, it’s the Kerala government, court, and the Adani Group led by the world’s third richest man — on the other side, it’s a group of locals including fishermen, allegedly led by big men at the Latin Catholic church.

Yes, the church itself has been accused of going against a court order. Kerala Police have named Latin archdiocese archbishop Dr Thomas J Netto as the prime accused in the case registered over the clash that clash that erupted in Vizhinjam, Thiruvanthapuram on Saturday, November 26. The FIR further states that the archbishop conspired with other priests. According to a report on Mathrubhumi, police have registered 10 cases where 50 bishops including auxiliary bishop Chritsudas and 45 others have been named.

See organised xtian groups vandelising police station in Kerala. Police remaining mute spectator to all this. And we believe this police going to save us when we become minority in Kerala.
This protest is funded by foreighn agencies to sabotage Vizhinjam port. Its Koodamkulam2.0. pic.twitter.com/wOzMbDMGQX

“At least 29 policemen have been injured and admitted to various hospitals,” a special branch police official told PTI. The mob targeted the police station using sticks and bricks, and attacked police officers after a person was arrested and a few others were taken into custody. Meanwhile, Mathrubhumi has reported that 36 policemen have been injured, including Sub Inspector Lijo P Mani who suffered a serious injury on his leg. An all-party meeting has been scheduled for today to reinstate peace in the region.

Policemen were brutally attacked and police vehicles were damaged by the miscreants, instigated by Catholic priests at Vizhinjam. Are these terrorist acts justified by the church? @Pontifex pic.twitter.com/tpr3aG12lG

WHAT’S THE PROTEST ALL ABOUT

In 2015, the Kerala government awarded Adani Ports and SEZ the rights to construct Vizhinjam International Seaport Ltd — an idea that was first conceived about 25 years ago. The major concern regarding this project is the high soil erosion the project could cause along the coastline of Thiruvananthapuram, the state capital.

In the present protest, the protest led by the church in the name of fishermen have put up the following demands:

The Mathrubhumi report further states that Adani Group claims a loss of ₹200 crore and plans to get the money back from the protesters. They’re expected to inform the court about the same today.

Denial of responsibility! Yours Headline is an automatic aggregator of the all world’s media. In each content, the hyperlink to the primary source is specified. All trademarks belong to their rightful owners, all materials to their authors. If you are the owner of the content and do not want us to publish your materials, please contact us by email – [email protected]. The content will be deleted within 24 hours.
Adani Port at Vizhinjamadani port in keralaAdani Ports and Special Economic Zoneadani vizhinjam portcatholic church against adani port in keralacatholic church vizhinjam port keralakerala adani port fightkerala adani port latest news
0
Share

Biotechnology startup Colossal Biosciences wants to bring back the dodo