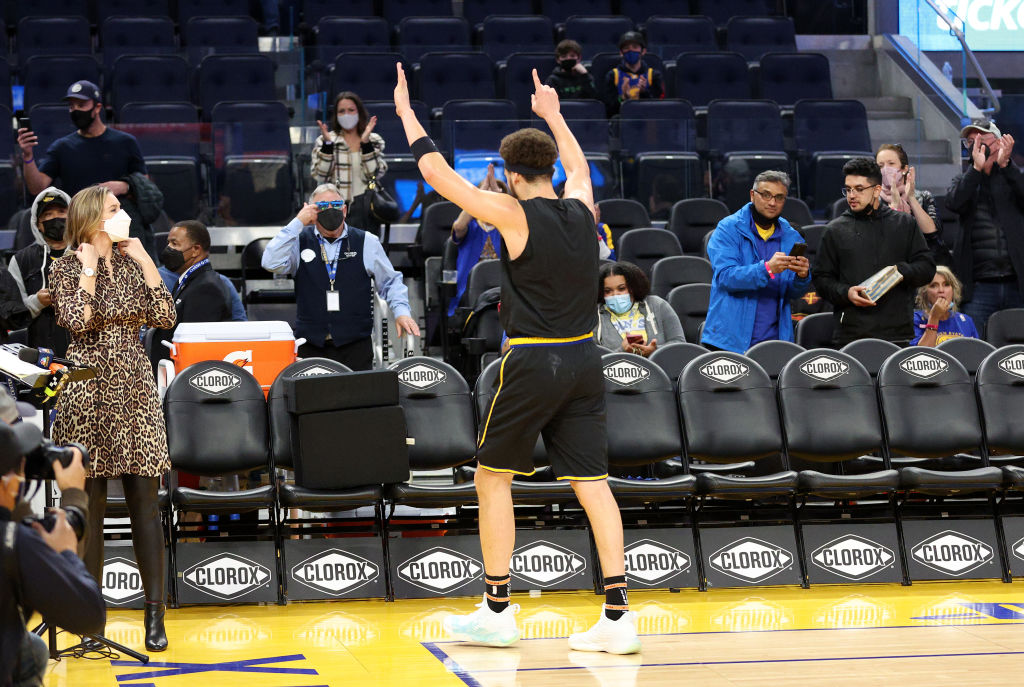 ESPN broadcaster Jeff Van Gundy, good for at least one grumpy segment per game, went on a cranky mini-rant on Wednesday about the Golden State Warriors’ plan to reintegrate Klay Thompson.

During the third quarter of the Warriors’ loss to the Dallas Mavericks, ESPN play-by-play man Dave Pasch mentioned that Thompson was most likely to return to action this coming Sunday, Jan. 9, against the Cleveland Cavaliers — but if the Dubs don’t clear Thompson for that contest, they won’t have another Chase Center game until Jan. 18.

That detail is relevant because, as has been widely reported for a while, the Golden State organization would prefer Thompson make his triumphant return from two devastating injuries at home, rather than on the road. It is a perfectly logical position that sets up Thompson for a smoother transition.

But it appears Van Gundy didn’t read all of those reports. He was incredulous at Pasch’s suggestion that Thompson would sit out for an additional week or so if he didn’t play Sunday.

“You think he’s that fragile?” Van Gundy continued. Pasch once again rebutted that he was simply repeating the Warriors’ reported intentions, to no avail. Van Gundy has made up his mind: Klay Thompson should simply come back for a road game as soon as possible. “They might move up that Klay date to tomorrow,” Van Gundy joked at the end of Golden State’s 99-82 loss.

Shkreli ordered to return $64M, is barred from drug industry