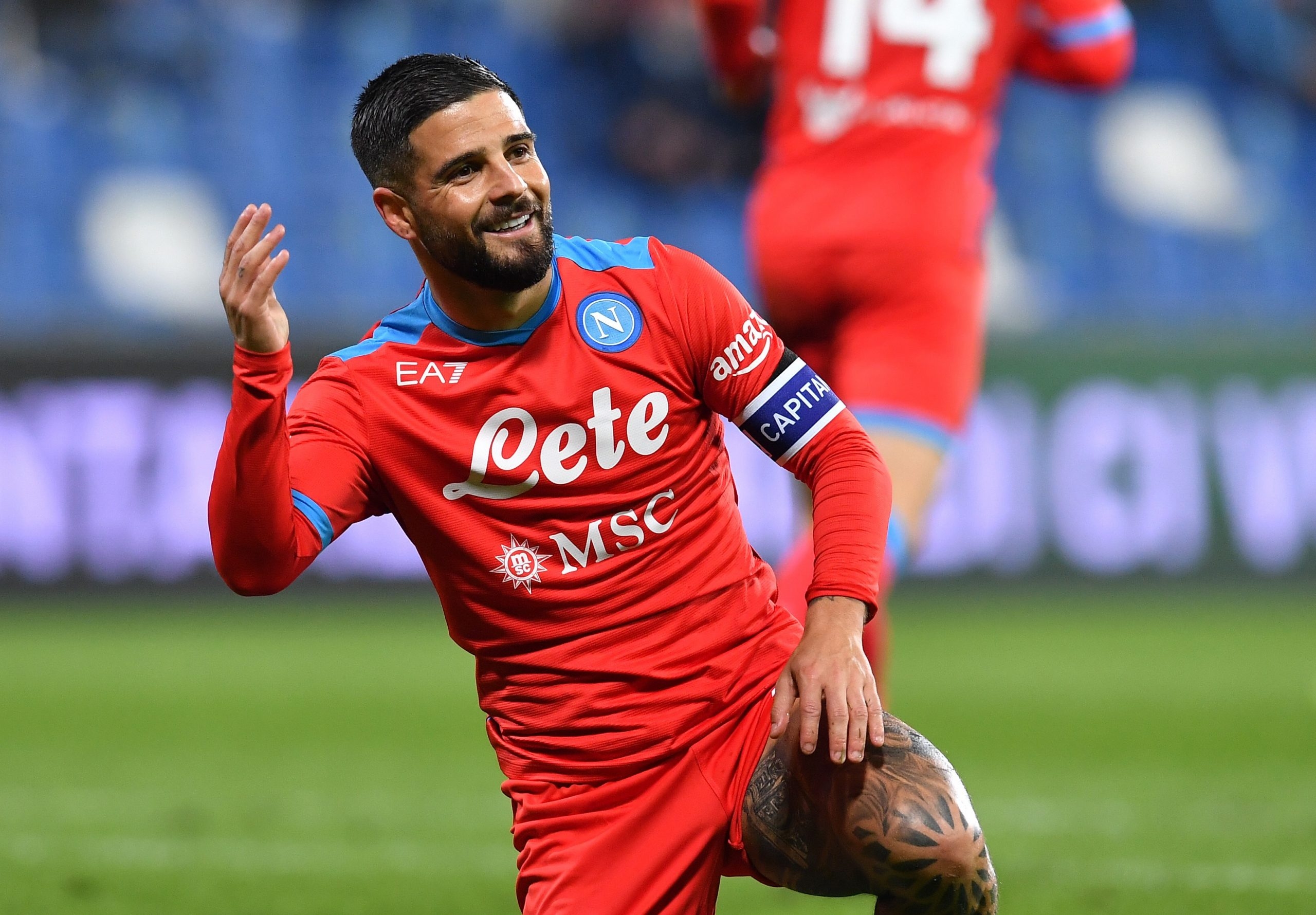 Reviews and recommendations are unbiased and products are independently selected. Postmedia may earn an affiliate commission from purchases made through links on this page.

The Reds are heading into a magnificent part of their schedule just as Lorenzo (Il Magnifico) Insigne joins the club.

That has to be exciting for coach Bob Bradley and the club’s fanbase but what’s even more exciting, of course, is Insigne donning the TFC uniform.

Insigne brings a lot to the table and the Reds can use his help. TFC sits 12th in the MLS Eastern Conference (4W 8L 3D), five points out of a playoff spot — though the club is coming off an emphatic 4-0 victory over MLS rivals CF Montreal on Wednesday night in Canadian Championship semifinal play. Insigne, who has captained Italy and Napoli, will provide some added veteran leadership to the Reds and will certainly bolster the club’s offence, which has shown signs of life recently with most of its injured players returning to the lineup. Having Insigne, Alejandro Pozuelo, Jesus Jimenez, Ayo Akinola and Jonathan Osorio all on the field would undoubtedly mean a lot of goals and cause nightmares for TFC’s opponents. Insigne’s preferred position is left wing but he can also play as a second striker and at left-midfield, giving Bradley a number of offensive options. In eleven seasons with Napoli, Insigne has 417 appearances, scored 114 goals and 95 assists across all competitions.

And while Insigne’s arrival is being heralded by the TFC fanbase, it should be remembered that one player, no matter how good he is, can’t carry a mediocre team to a championship. The whole squad has to step up. TFC ’keeper Quentin Westberg, who was in goal for the shutout against Montreal on Wednesday, said the Reds can’t expect Insigne to touch down in Toronto and suddenly carry the team to major success immediately. Expecting Insigne to lead TFC to the promised land right away puts an awful lot of pressure on the 5-foot-4 Italian’s diminutive shoulders.

“To be very down to Earth about it, he’s another teammate. It’s great that we’re getting a reinforcement of his quality and I’m hoping that he and his family feels amazing (in Toronto) so he establishes himself here as fast as possible. But soccer is not basketball,” said Westberg. “We’re 11. I’ve hardly ever seen one person lift everyone. It’s all about creating a more positive environment rather than expecting everything from one person. And then understanding that once we’re on the field there are 18-year-olds and there are 35-year-olds and there’s everything in between. It’s understanding that as great as a reinforcement he is, we can’t depend on a Superhero coming in (and doing everything) and we can’t put too much expectations on his shoulders. If we start waiting for him to move a mountain (by himself) then I think it’s bad on us. That would be one helluva short cut. You need to create a favourable environment for individuals to stand out. We can’t expect one player to trigger everything. It’s a marathon, it’s not a sprint.

“One person alone, as good as he is, can have a very positive impact, don’t get me wrong,” Westberg added. “But you need to create an environment for success.”

What Insigne’s inclusion also won’t address is TFC’s leaky defence. The Reds have given up 29 goals in 15 MLS games — the most in the Eastern Conference, though against CF Montreal on Wednesday the Reds did post their first clean sheet since last September. TFC is reportedly looking to sign one or two other Serie A players, including possibly Genoa left back Domenico Criscito, Torino striker Andrea Belotti and/or Juventus winger/attacking midfielder Federico Bernardeschi. The Italian media is full of reports that Criscito, 35, may be on his way to Toronto. His club, Genoa, has been relegated to Serie B so Criscito may be open to moving.

Insigne will arrive in Toronto on Friday and will attend an event in Little Italy (Clinton and College) around 5 p.m. According to reports out of Italy, the 31-year-old Naples native and his wife Jenny reportedly enjoyed a short vacation on the Mediterranean island of Sardinia after the Serie A season ended. The Insigne’s have two boys, Carmine, 9, and Christian, 7.

TFC signed Insigne to a contract in January — the most lucrative MLS contract of all time — four years at reportedly $15 million per season — so there is a tremendous amount of pressure on both him and the club. The MLS Secondary Transfer Window opens on July 7 so Insigne’s first game for TFC would be July 9 when the San Jose Earthquakes visit BMO Field — if he’s healthy and ready to play. The Naples native recently suffered a ‘small calf issue’.

Insigne was likely impressed with Toronto’s against Montreal on Wednesday night, on two goals by Brampton native Akinola with singles going to Jimenez and Pozuelo. The Reds face Vancouver in the Voyageurs Cup final on a to-be-determined date in July after Vancouver rode a second-half brace from forward Brian White to defeat CPL side York United 2-1 in the other semi on Wednesday. The winner in the final gets awarded the Voyageurs Cup and a trip to the Concacaf Champions League competition next year.

Toronto captured the 2020 Canadian Championship title (which was postponed for two years because of the Covid-19 pandemic) on June 4 against CPL side Forge FC and now have a shot to win two Voyageurs Cups in one season.

TFC has won a record eight Canadian Championships while Montreal has won five and the Whitecaps one.

Experts worried by polio return as virus spreads across UK

As US obesity epidemic grows, new study shows who is gaining weight over the last decade — ScienceDaily

Nets’ Durant to be out through All-Star break

After coasting to share of lead, Converge and NLEX face adversity