Today at the World Cup: History for Ronaldo as Richarlison scores stunner 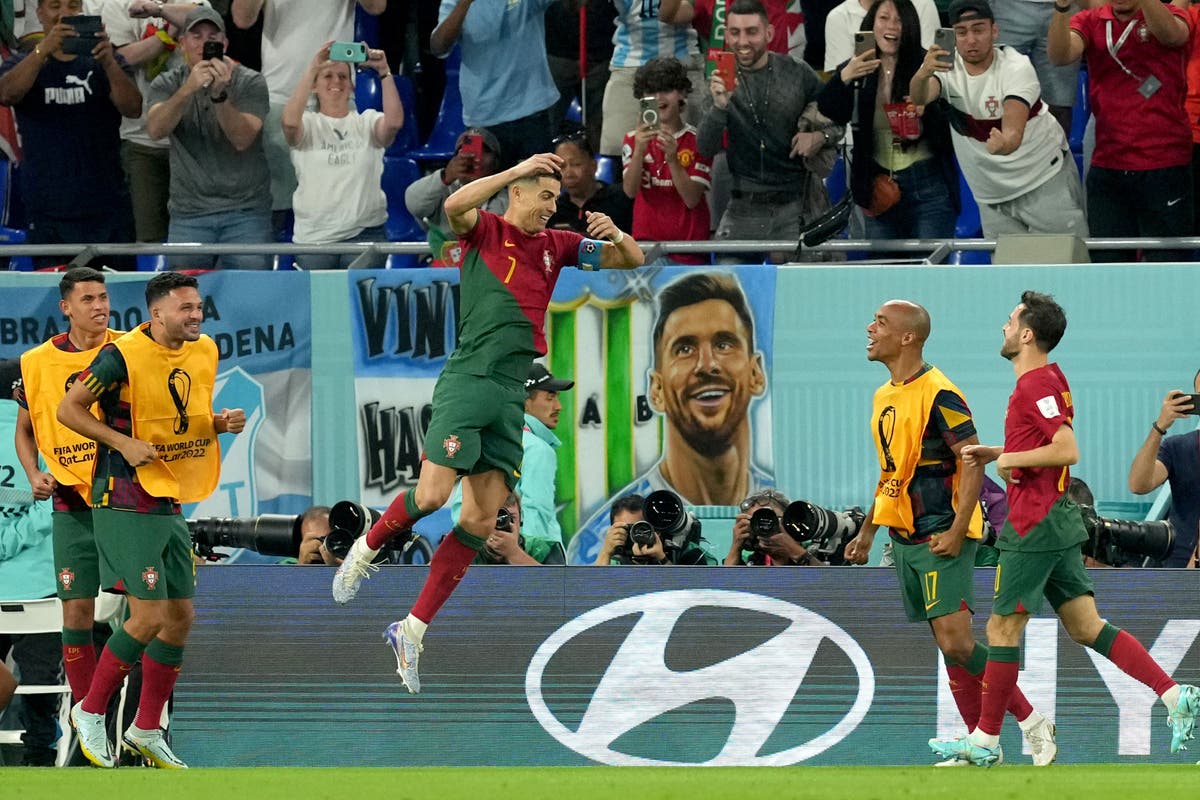 Cristiano Ronaldo wrote his own piece of World Cup history as Portugal beat Ghana in their first Group H game, before pre-tournament favourites Brazil defeated Serbia 2-0 with a brace for Richarlison.

Uruguay and South Korea had earlier played out a tepid goalless draw, but Switzerland got their campaign up and running with a 1-0 win over Cameroon.

England captain Harry Kane looks set to be fit for Friday’s showdown against the United States and Wales fine-tuned preparations for their game against Iran.

Here, the PA news agency keeps on top of events in Qatar.

Ronaldo revels in the spotlight

Just two days after severing ties with Manchester United, Ronaldo made World Cup history as Portugal opened their campaign with a 3-2 win over Ghana.

Ronaldo – a free agent after his acrimonious Old Trafford departure – became the first player to score in five World Cup final tournaments when he broke the deadlock from the penalty spot.

Andre Ayew’s equaliser briefly looked like it would spoil Portugal’s party, but a quickfire double from Joao Felix and substitute Rafael Leao restored the advantage before Osman Bukari hit a late second for Ghana.

Diego Godin and Federico Valverde were both denied by the woodwork to leave Uruguay frustrated in the other Group H fixture, while Son Heung-min – wearing a protective facemask after surgery to a fractured eye socket sustained playing for Tottenham – also struggled to influence the game

Richarlison at the double

Preferred to Arsenal’s Gabriel Jesus, Richarlison justified his selection with both goals at a yellow-clad Lusail Stadium.

After a low-key first half as Serbia’s committed defence stayed on top, Richarlison broke the deadlock when he tapped in from close range just after the hour.

Richarlison then lashed in a spectacular second – flicking the ball up with his left foot, then spinning to send a right-footed volley flying into the corner for an early contender for goal of the tournament.

Breel Embolo – who was born in Cameroon – scored the only goal for Switzerland when he stroked home Xherdan Shaqiri’s low cross early in the second half.

England captain Harry Kane trained ahead of Friday’s Group B clash against the United States, laying to rest fears of a foot injury.

Kane suffered a knock after a clumsy challenge by Morteza Pouraliganji during the 6-2 win against Iran on Monday and had been sent for a precautionary scan.

The Spurs forward, who has a history of ankle problems, had trained with the rest of the squad behind closed doors on Wednesday.

Kane was all smiles as he joined them again out on the pitch in front of the cameras on Thursday – as the nation breathed a collective sigh of relief back home.

Gareth Bale is ready to make history when he leads Wales out against Iran at the Ahmad Bin Ali Stadium.

The Wales captain is set to become his country’s most-capped player by making his 110th international appearance, overtaking Chris Gunter, who will be among the substitutes in Doha.

Bale, who made his Wales debut in 2006, said: “On a personal level it’s an amazing achievement, but it’s more important that we try and get the victory.”

Picture of the day