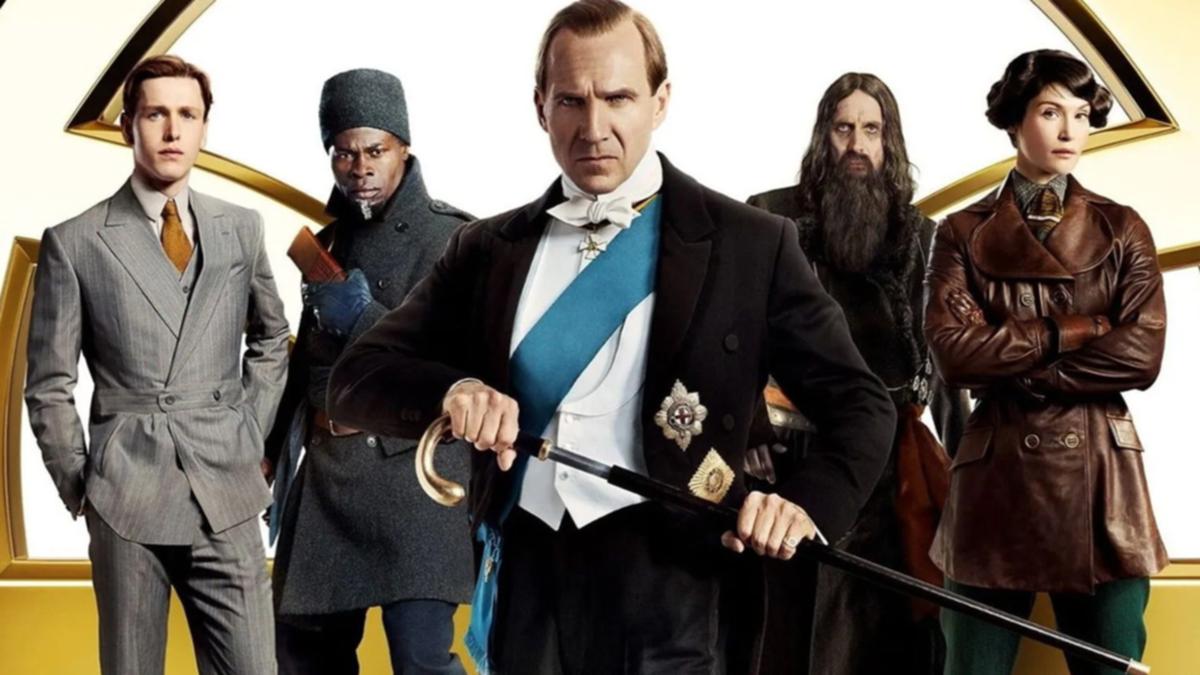 The pandemic has turned our world upside down in so many ways, and one of many sectors still feeling the effects is Hollywood.

Over 2020 and 2021, major new movies were delayed or moved to streaming services, with some of the most anticipated titles still to come.

One blockbuster that is finally hitting the big screen is The King’s Man, a spy action comedy film from Matthew Vaughn.

The third instalment of the Kingsman film series serves as a prequel to the 2014 and 2017 flicks.

The film was originally scheduled to be released in November 2019, finally hitting cinemas two years later after more than half a dozen date changes.

“I think it does hold the record for the most delayed film, but I’m glad it’s coming out when it’s coming out,” says Gemma Arterton, who plays Pollyanna ‘Polly’ Wilkins, a kind of rock and roll Mary Poppins-type who is a domestic servant to Ralph Fiennes’ aristocrat Orlando, Duke of Oxford.

“I think they were right to delay it, because it needs to be seen on the big screen.

“For me, it was the first film I’d seen post lockdown. They showed it to me in a cinema and I was like, ‘oh my gosh’ … it’s loud and it’s beautiful. It’s epic.”

For Tom Hollander, who plays a King, a Kaiser and a Tsar in the movie, participating in interviews to promote the film so long after shooting posed unique challenges.

“You’re about to ask us direct questions about the plot and then what it was like playing our characters,” Hollander says.

“But, we’re willing and we like it and we do have happy memories of it, as is indistinct as they are.”

“It actually feels like we shot it just after the first World War,” Ifans says.

Set in the opening of the 20th century, the film features real life characters and events in a blend of fact and fiction.

So just how historically accurate is it?

“There’s a lot of real-life facts, real-life characters, and then it’s almost like Matthew and his co-writer (Stranger Things showrunner Karl Gajdusek) have sort of thrown them up in the air and let them drop on the ground and reassembled them.“

“So, it’s a version of what might have been possible if history works in the same way that a film franchise works, where you’ve got goodies and baddies raged against each other.

“All the baddies of the period, it turns out, are in cahoots and trying to overthrow the aristocratic powers. Which is actually what was happening in the same period.

“So, it’s both a nonsense story and in a profound, bigger way, it’s completely true.”

“It’s the spirit of the period, some of the details are probably questionable, but the greater truth is probably there and it also relies on you believing that there’s a certain sort of Englishman that is a profoundly good man that wants to see the right thing happen.

“Quite a lot of people might find that a questionable version of history as well,” Hollander says.

Incredibly, one of the key plot points in the film, surrounding the demise of Rasputin at the close of 1916, seems grounded in fact.

“I think the British Secret Service have potentially been involved in his demise,” says Ifans.

“The great thing about Rasputin is a lot of his life is hearsay, gossip, whispers and myth, so for an actor, that is kind of liberating.

“But there is, shall we call it, a potential fact that there were several members of the British Secret Service there at his assassination and that they were involved in the coordination of that assassination as well.

“Like Tom said, I think the timeline in the film historic is historically correct and intact – the characters are real in the sense that they exist, but the interactions between these characters is of course Matthew Vaughn’s wonderful creation.”

Djimon Hounsou has played a knight, a vicar, an emperor, a coach and a wizard, so how would he describe his character in The King’s Man?

“Shola is, given his background, a man of great integrity, a soulful man who befriended the Duke of Oxford,” Hounsou says.

“They began to work together and he became his most trusted confidant and in respect to all the other films, all the other characters, I think he’s quite organically real.”

Both Gemma and Djimon have played characters that met grisly ends on screen, in Quantum of Solace and Guardians of the Galaxy respectively, so how does it feel to be the ones dishing out the punishment in this film?

“It’s a lot more fun to be killing others, than to be on the receiving end,” Hounsou says with a laugh.

Adds Arterton, ”I think one of the hardest things to act is dying because no one really knows what that’s like, and it’s really impossible to do it well.

“Even some of the greatest actors of all time, you know, it’s a really hard thing to do.”

Overall, the cast are relieved and grateful that audiences can finally see their work on the big screen, as Djimon proclaims, “We are happy it’s finally out of the can.”

The King’s Man is in cinemas now.

You can also catch Jabba’s Movies, streaming now on 7plus.

Denial of responsibility! Yours Headline is an automatic aggregator of the all world’s media. In each content, the hyperlink to the primary source is specified. All trademarks belong to their rightful owners, all materials to their authors. If you are the owner of the content and do not want us to publish your materials, please contact us by email – [email protected]. The content will be deleted within 24 hours.
Entertainmentmovies
0
Share

Counter the Winter Chill With This Farro and Gruyère Gratin

Salma Hayek: Hollywood Said I’d Be ‘Expired’ By My 40s, But Adam Sandler Changed That