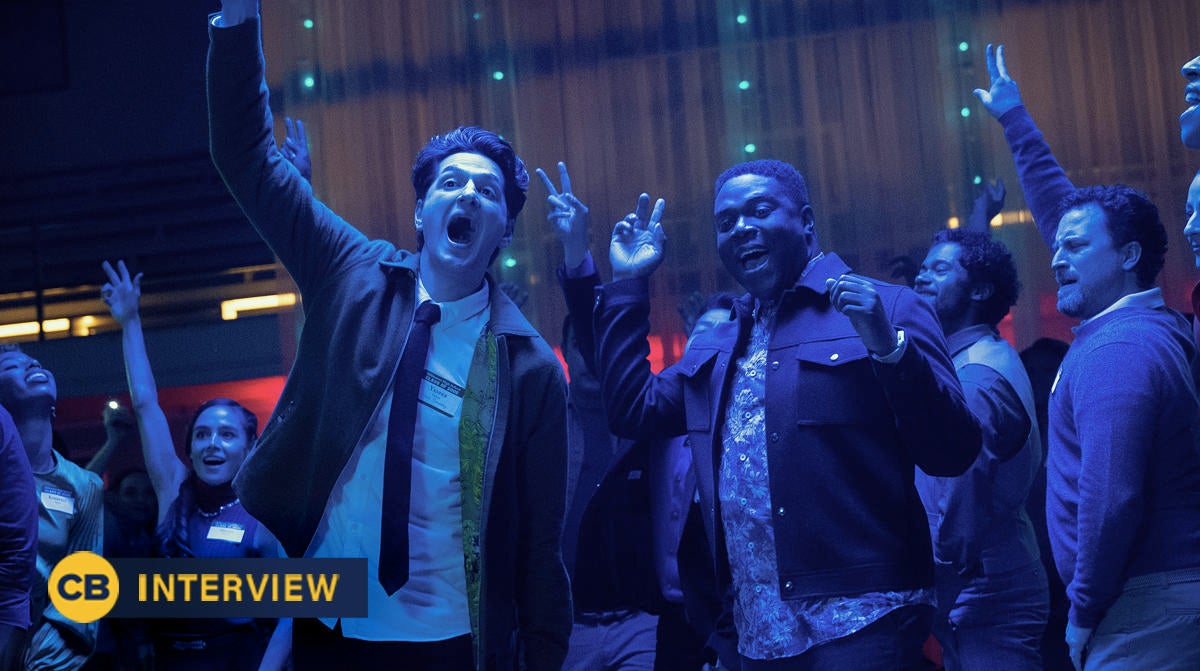 The murder-mystery genre is one of the more timeless and effective forms of storytelling, as audiences can’t help but get invested in the unexpected twists and turns the storyline might take as it heads towards a surprising reveal. With Apple TV+’s new series The Afterparty, not only are audiences given a narrative full of surprises, but there’s also a heaping helping of comedy injected throughout. Adding even more inventiveness to the experience is that each episode of the series embraces a different filmmaking genre, from romantic comedy to action to thriller. This meant that, for a musical episode focusing on Ben Schwartz’s Yasper, the actor had to embrace all-new abilities to pull off the performance. The Afterparty premieres on Apple TV+ on January 28th.

“I got to sing songs as Dewey Duck [in DuckTales], which was very fun, but this is like the first time where it’s not like, ‘All the way up here singing,’ it’s like, try your best to do well,” Schwartz shared with ComicBook.com about exploring new avenues of his vocal performances. “Fiora Cutler, who was my vocal coach, was incredible and we had Kat Burns, who was my choreographer, and they were so loving and wonderful and made me feel confident enough to pull it off. And now that it’s done, I think I would 100% welcome some more [musical opportunies], but I just know how much more work is involved. Because to learn choreography, to learn to sing, and to sing along with it in real time, it’s just so draining. So I’ve gained so much respect for that whole world of dancers and singers and people who do it at the same time.”

Also starring in the series is Sam Richardson, who starred in another comedy whodunit with last year’s Werewolves Within. The actor went on to joke about how his past experiences put him on alert for a lycanthropic reunion.

“I was kinda like assuming, ‘Well, it’s not a full moon yet so I’m sure, when it happens…’ then that full moon came and I was like, ‘Hmmmm. Is it a time zone thing? Maybe a California werewolf is different from a New York or Michigan werewolf,'” Richardson joked about expectations of a werewolf arriving. “All that to say, I didn’t see any, but that’s how they get you, as well.”

Apple TV+ describes the new series, “The Afterparty centers on a murder mystery at a high school reunion. Each of the eight episodes features a retelling of the same night told through a different character’s perspective, each with its own unique visual style and film genre to match the teller’s personality.”

The Afterparty premieres on Apple TV+ on January 28th.

Are you looking forward to the new project? Let us know in the comments below!

Denial of responsibility! Yours Headline is an automatic aggregator of the all world’s media. In each content, the hyperlink to the primary source is specified. All trademarks belong to their rightful owners, all materials to their authors. If you are the owner of the content and do not want us to publish your materials, please contact us by email – [email protected]. The content will be deleted within 24 hours.
Ben SchwartzinterviewmusicalreactionSam RichardsonsingingstreamingThe Afterparty
0
Share