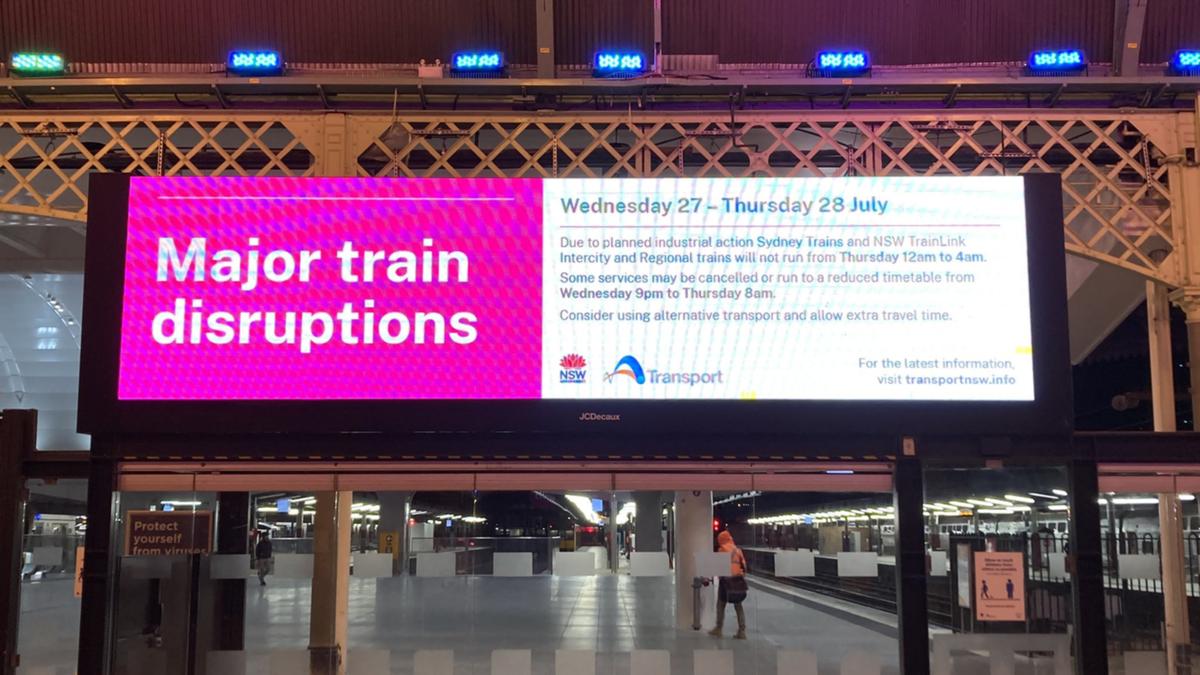 NSW train drivers are stopping work again as the long-running stoush continues between the union and state government.

The Rail, Tram and Bus Union (RTBU) says the impact on commuters will be minimal, with a four-hour strike ending at 4am on Thursday.

Watch more in the video above

However, Transport for NSW says services will be affected three hours before the stoppage is scheduled to start and four hours after it ends.

Intercity and regional services running with the existing fleet of trains will also be impacted on Thursday morning.

“Our customers will start to feel the effects from around 9pm on Wednesday evening, with a reduced frequency on all lines,” Sydney Trains chief executive Matt Longland said.

Trains need to be stabled at depots before the protected industrial action begins to ensure safety across the network, he said.

Commuters should not expect a fully operational timetable until 8am on Thursday, Longland said.

“We encourage customers to avoid travelling on the rail network late on Wednesday evening and early on Thursday morning, and to check if other public transport options are available during this period,” he said.

RTBU NSW secretary Alex Claassens said the industrial action was scheduled to minimise impact on commuters while sending a message to the government.

“The action will obviously stop trains during the early hours of Thursday, and potentially have a small impact in the hours before and after the action,” he said.

The union and government remain at loggerheads over a new enterprise agreement as well as safety modifications to the mothballed Korean-built New Intercity Fleet (NIF).

He says the government is refusing to sign a deed confirming it will make safety modifications and guarantee the cost won’t come at the expense of wages and conditions.

NSW TrainLink chief executive Dale Merrick said services were expected to resume about 5.30am, with a disrupted timetable operating for several hours after that, and coaches replacing trains for some routes.

The union said it has signed off on a deed that would settle the intercity train dispute, but the government is refusing to sign until a full enterprise agreement is reached.

“We won’t be bullied into accepting an inferior enterprise agreement in order to get safe trains on our network,” Claassens said.

Denial of responsibility! Yours Headline is an automatic aggregator of the all world’s media. In each content, the hyperlink to the primary source is specified. All trademarks belong to their rightful owners, all materials to their authors. If you are the owner of the content and do not want us to publish your materials, please contact us by email – [email protected]. The content will be deleted within 24 hours.
NewsNSW NewsSydneyTransport (General)Travel
0
Share

No extension for income tax return filing due date zws 70

Over 700,000 borrowers no longer qualify for student loan relief