Brodie Croft’s impressive debut season in the Betfred Super League with Salford Red Devils has been recognised with his selection in the 2022 Dream Team.

The 25-year-old former Melbourne Storm and Brisbane Broncos half-back has enjoyed a new lease of life in England, helping the Red Devils to a place in the play-offs.

He is joined in the Dream Team, chosen by the Man of Steel panellists, by his Salford team-mates Ken Sio and Tim Lafai, who is one of six new faces. 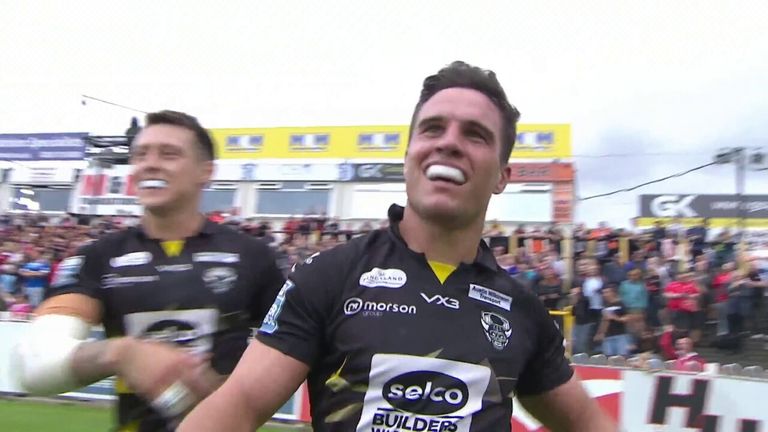 “Being on the Man of Steel panel and working for Sky Sports means I’ve had the opportunity to watch these fantastic athletes showing some amazing skills week-in-week-out throughout the season,” Man of Steel Panellist and Sky Sports pundit Barrie McDermott, a member of the 1999 Dream Team, said

“It’s fantastic to see that Mikolaj Oledzki is developing into a first-class forward and challenges his peers every week. He has been an imposing presence for his club all year and a debut appearance is very deserved.

“Alongside the familiar faces it is great to see new talent rewarded with a place in the team and all six debutants this season should all be very proud to join the Dream Team list.”

St Helens hooker James Roby, who recently announced he would play on in 2023, returns to the team for the first time since 2018 with a seventh appearance, putting him joint second on the all-time list alongside Andy Farrell, Keiron Cunningham and Sean O’Loughlin.

His Saints team-mate Morgan Knowles is named in the loose forward spot for the fourth year running as well, while Jack Welsby and Alex Walmsley are the other two players from the reigning champions included.

“Seeing five players retain their place in the team from 2021 shows the talent and consistency on display in Super League,” McDermott said.

“A special mention must go to Morgan Knowles who is quickly making the loose forward position after a fourth straight pick in the team.”