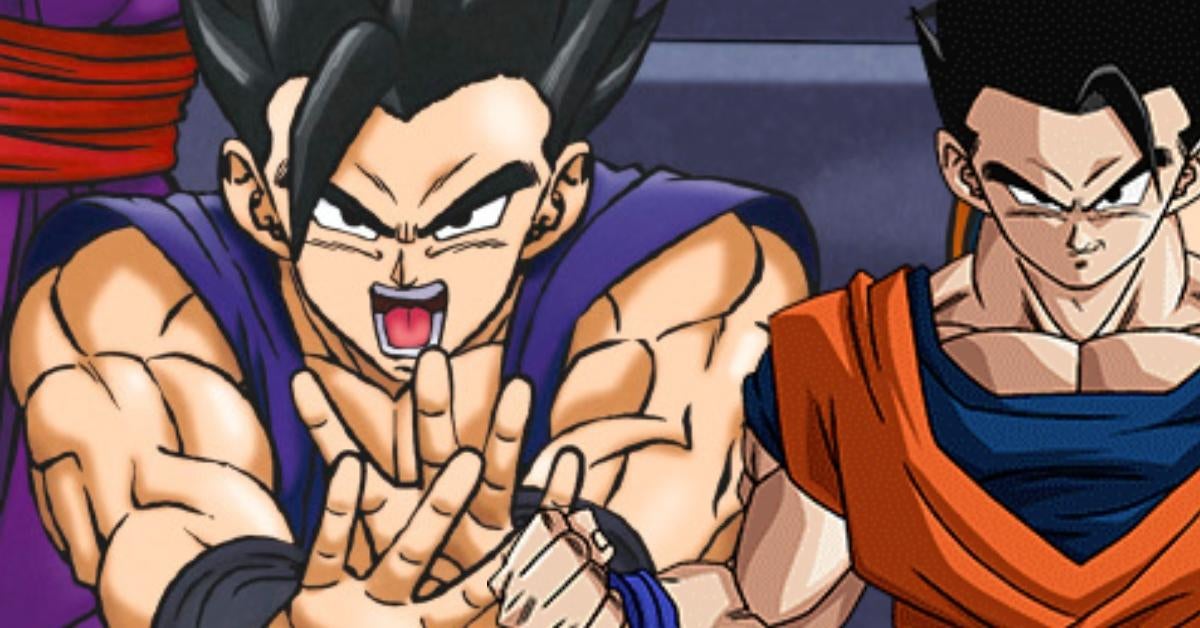 Dragon Ball Super has seemingly confirmed that Ultimate Gohan will be returning in the upcoming new feature film with some new merchandise coming for Dragon Ball Super: Super Hero. There are very few things Dragon Ball fans can unanimously agree on, but chances are that the one thing many can agree with is the fact that Gohan was knocked down a few pegs throughout Dragon Ball Super’s anime run. While he managed to crawl back up to his old power level at the end of the series, it’s pretty clear he was taken out as a factor for many of the series’ battles.

It’s why Dragon Ball Super’s debut feature film is so promising. Gohan will need to step up to the plate, and it’s been teased that both he and Piccolo will be carrying the majority of the weight in the coming fights with the new Androids from the Red Ribbon Army. It seems like he’s got enough power to back this up because a new piece of merchandise from Dragon Ball Super: Super Hero is listing Gohan’s art without his glasses as “Ultimate Gohan,” which teases a return to Gohan’s most impressive state. Check it out below as spotted by @Herms98 on Twitter:

Interesting that the new merch labels the glasses-free Gohan as “Ultimate Gohan”. Nice to know his mystic power-up is apparently still in effect, despite him going Super Saiyan in the trailer. https://t.co/KGPwcOwxe3 pic.twitter.com/0rOITNeoR2

Dragon Ball Super: Super Hero takes place a few years after the events of Dragon Ball Super: Broly. It’s not exactly clear how much time has passed, but Pan is age 3 at this point and is now training with Piccolo. Amping this up further is the idea that Gohan might be training alongside of them. Given that he’s wearing an outfit like Piccolo’s once more (and like the version of himself in Dragon Ball Z’s Android Saga, bringing this new movie full circle), it’s not hard to imagine that Gohan has been training himself up since the Tournament of Power.

It was revealed before he entered the tournament that he was interested in maintaining his fighting form once more, so it seems he’s been dedicated to keeping active. He not only unleashes Super Saiyan in the trailers, but this Ultimate Gohan listing teases that he can reach his highest peaks as well. If that does indeed turn out to be the case, the film’s going to have some major fights coming our way.

But what do you think? Curious to see Ultimate Gohan back in action? Wondering what it means for how much power Gohan has in the new movie? Do you think he’s hiding even more in his arsenal?  Let us know all of your thoughts about it in the comments! You can even reach out to me directly about all things animated and other cool stuff @Valdezology on Twitter!

Denial of responsibility! Yours Headline is an automatic aggregator of the all world’s media. In each content, the hyperlink to the primary source is specified. All trademarks belong to their rightful owners, all materials to their authors. If you are the owner of the content and do not want us to publish your materials, please contact us by email – [email protected]. The content will be deleted within 24 hours.
Anime (genre)Dragon BallDragon Ball Superdragon ball super: super heroDragon Ball Z
0
Share

1883 Kills Off Its First Major Character in Heartbreaking Episode