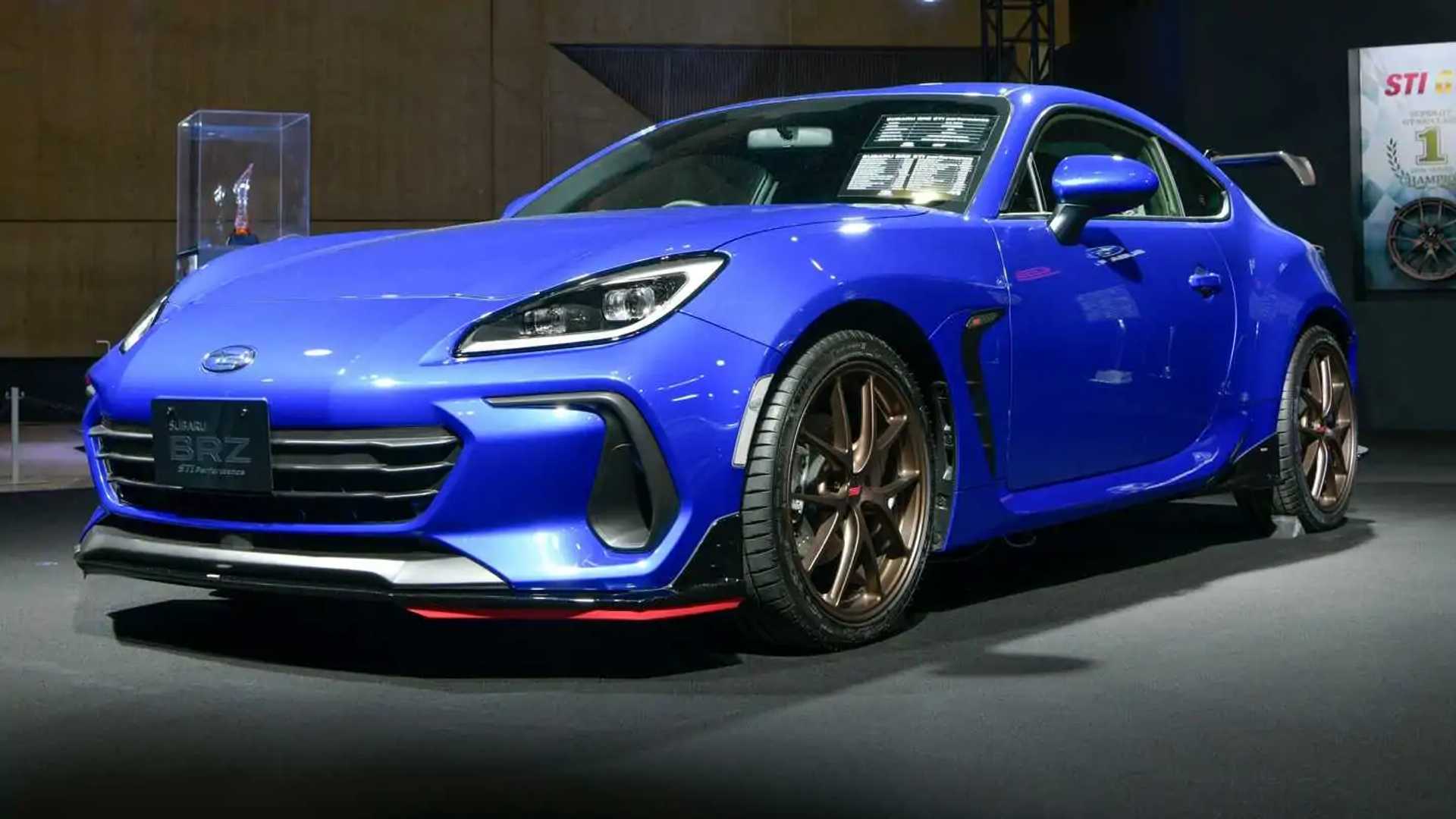 Coupe, sedan, or wagon? Take your pic as Subaru has something for everyone at the 2022 Tokyo Auto Salon. The BRZ, WRX, and Levorg have been upgraded with a bunch of STI tweaks for what is considered Japan’s equivalent of the SEMA show. The company’s stand at TAS is rather packed since the three vehicles share the spotlight with the bonkers 1,073-horsepower STI E-RA electric race car and a Solterra also modified by Subaru Tecnica International.

The BRZ, WRX, and Levorg all carry the “Performance” suffix, but only the coupe is labeled as a custom car. The other two are technically concept/show cars and all have a significantly more aggressive appearance courtesy of STI’s add-ons. It will certainly come as a disappointment the high-performance sedan sold in JDM flavor as the WRX S4 (with a rear wiper) still has the crossover-esque plastic body cladding on the wheel arches.

In typical STI fashion, all three get a variety of red exterior accents, along with chunky rear wings for the BRZ and WRX. Our favorite of the lot would have to be the Levorg sports wagon, which Subaru should consider selling in more parts of the world. For now, it’s only available (aside from Japan, of course) in Australia where it goes by the name of WRX Sportswagon and packs the sedan’s 2.4-liter boxer engine with 271 hp (202 kW) and 258 lb-ft (349 Nm).

Chances are the WRX concept serves as a window into the future of Subaru’s more potent STI model expected to arrive sooner rather than later. You can rest assured the BRZ will also be subjected to more exciting versions to mirror its predecessor with its versions such as Japan’s tS STI that went on to arrive in the United States.

Centre to allow retrofitting of CNG kits in petrol cars