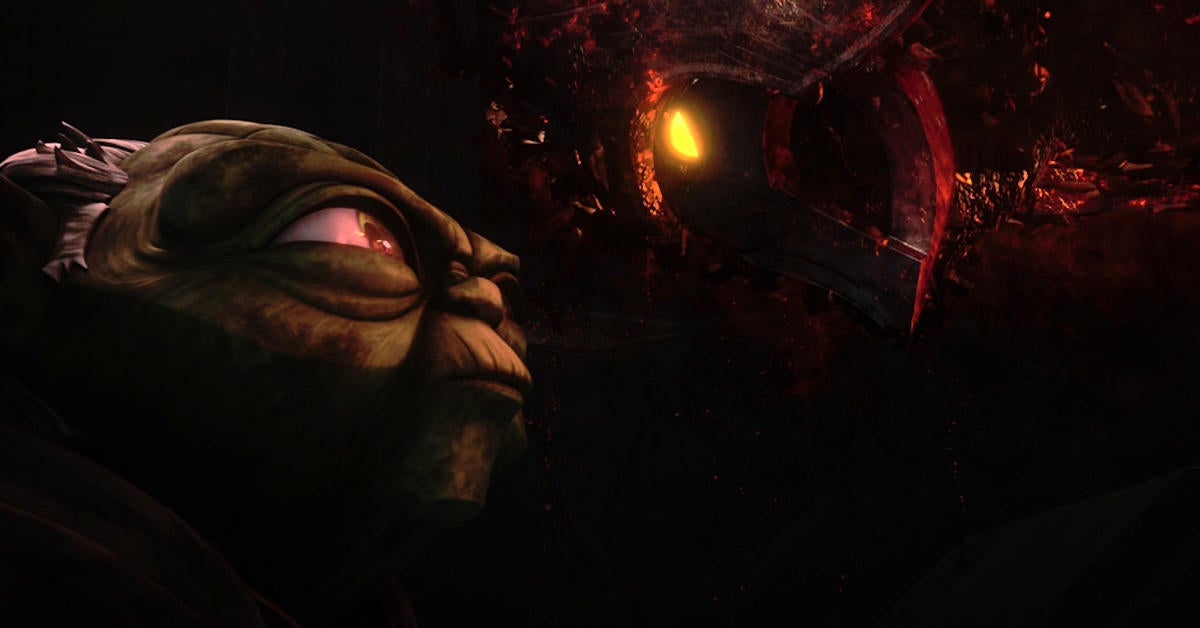 Star Wars has officially introduced Darth Bane into the main canon storyline – one of the most pivotal Sith Lords in Star Wars lore. Darth Bane’s role in Star Wars has been an elusive and murky thing; Bane is one of the biggest and most popular villains from the now-defunct Star Wars “Legends” brand that preceded Disney’s new canon; however, he has only had a tangential presence in the official canon, having been briefly pictured in the Clone Wars animated series (in Yoda’s Force vision). However, now Star Wars is officially name-dropping Darth Bane and referencing his legacy – and that may open a lot of doors fans have been waiting for!

The new Star Wars #20 comic book from Marvel Comics reveals one of the earliest signals of Luke Skywalker’s crisis of faith with the Jedi Order (see: The Last Jedi). A holocron message from Yoda sends Luke to the “Living Sea of Gazian,” a location that serves as a Vergence in the Force. That place turns out to be much more than Luke ever bargained for: the “living sea” is a planet of fungi that seem to connect the Jedi to the Force on a deeper level – while also draining them in a spider web of mummified death.

It’s in the Vergence that Luke meets with the Force echo of Elzar Mann, one of the Jedi heroes of The High Republic era (and its new line of book and comics). Elzar coaches Luke through his crisis of faith in the Jedi Order and his place in it by basically telling him… it’s okay to doubt it all.

At the same time, Elzar takes Luke to a vision of what the Jedi Order can be when it’s thriving, and describes how that golden era known as The High Republic came about:

“This is what it was like in my time. We were never alone. Sometimes, we were all connected… like truly… But this is what the Order was for me. A Golden Age. About eight centuries after we ended the rule of the Sith Lord Darth Bane.”

Hardcore Star Wars fans are now sitting upright and taking notice of what the makers of Star Wars are possibly doing with that name-drop. Darth Bane (and his mystery apprentice, Darth Zannah) are indelible pieces of lore that Lucasfilm is now possibly using as one of the biggest signal flares yet that Star Wars: The Old Republic could also soon be introduced to canon. After all, it was in these Marvel Star Wars comics that The High Republic era and its heroes were first introduced (through Force visions or relics like holocrons); it only makes sense for a High Republic character to pass that baton even further back to The Old Republic.

Now that Darth Bane’s name has been spoken in Star Wars, can his story be far behind? (We hope not!)

Star Wars #20 is on sale at Marvel Comics.

Denial of responsibility! Yours Headline is an automatic aggregator of the all world’s media. In each content, the hyperlink to the primary source is specified. All trademarks belong to their rightful owners, all materials to their authors. If you are the owner of the content and do not want us to publish your materials, please contact us by email – [email protected]. The content will be deleted within 24 hours.
Star WarsStar Wars comicsStar Wars: The Old Republic
0
Share

The Science of Smell: Decoding What Our Noses Know

There Are So Many Pokemon Deals to Catch Right Now Thanks to Pokemon Legends: Arceus

Tony Stark pops the question in IRON MAN #20 this May!