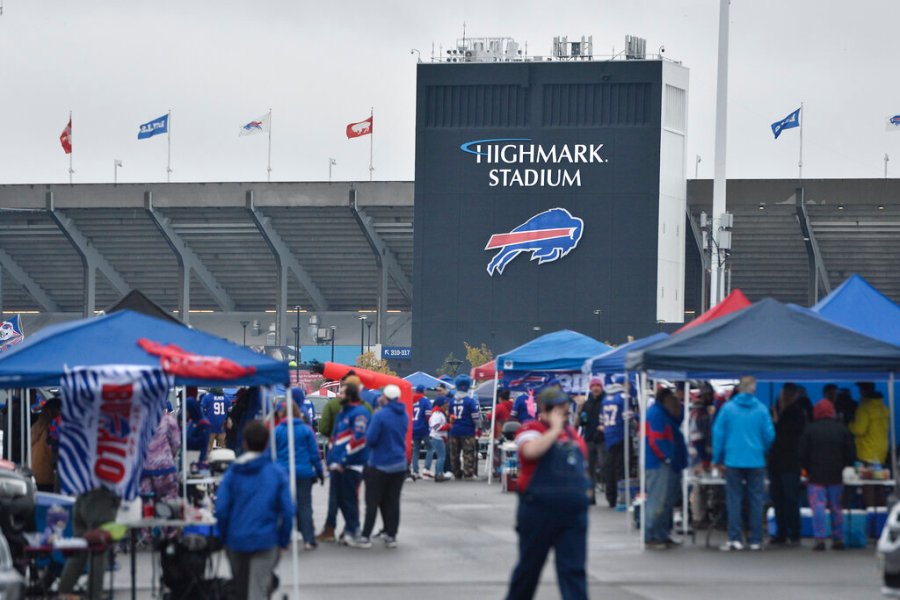 Note: Erie County District Attorney John Flynn held a press conference to address this case Wednesday morning. You can watch a replay in the video player above.

Michael and Amber Naab, 34 and 37, were arraigned Tuesday night in Orchard Park Town Court and charged with one count each of criminal possession of a forged instrument in the second degree, a Class D felony.

Allen-led Bills click on all cylinders to throttle rival Pats, 47-17

The charges carry a maximum of seven years in prison if convicted, but Erie County District Attorney John Flynn said in a press conference Wednesday that he would not send the couple to prison.

The Naabs gained entrance to the Jan. 15 game with their fake cards. But they were already on the Bills’ radar due to their social media activity, Flynn said, and an anonymous tip led to an investigation during the Patriots game. They were identified and removed from their seats for questioning during the third quarter.

Without their social media posts, Flynn said the couple “probably” would have gotten away with using fake cards.

While this is the first case to be prosecuted in Erie County since the passage of the Truth in Vaccination legislation that Gov. Kathy Hochul signed into law in December, Flynn said he would’ve had enough to charge the Naabs under the previous law, too.

Proof of vaccination was required at all Bills home games since September. It is also required at Sabres games and other large indoor events, such as performances at Shea’s Performing Arts Center and University at Buffalo basketball games.

The Naabs are scheduled to return for a felony hearing at at 5 p.m. Tuesday, Feb. 22.

The Bills won the Wild Card game against the Patriots, 47-17, scoring a touchdown on every possession. They were eliminated last week in the Divisional Round, falling to the Chiefs in overtime 42-36.