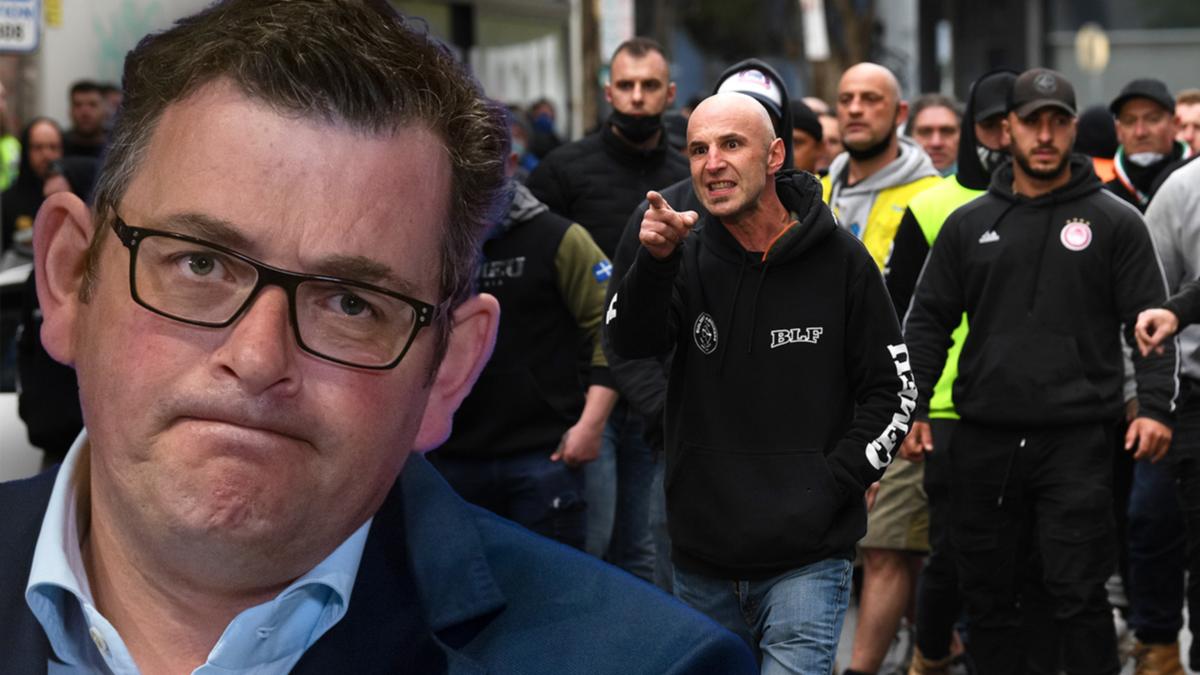 The construction industry in Melbourne and other parts of Victoria will be shutdown for two weeks following a violent protest outside the CFMEU’s headquarters.

The closure across Metropolitan Melbourne, Geelong, the Surf Coast, Ballarat and Mitchell Shire was decided on Monday night after the CFMEU building was damaged and riot police deployed in chaotic scenes in the CBD.

The Master Builders Association of Victoria informed members of the development after a meeting government ministers.

“The Victorian Government has advised us that, as they are continuing to see an increase in COVID-19 transmissions in the building and construction industry, combined with the riots in Melbourne today, all building and construction industry worksites in Metropolitan Melbourne, Geelong, Surf Coast, Ballarat and the Mitchell Shire must close for a 2-week period from 11.59pm tonight, Monday 20 September 2021,” the organisation said on Facebook.

“Whilst the period is set for 2-weeks, the restrictions will only be in force until each of those local government areas are in restrictions for.”

Riot police used rubber bullets and pepper spray to disperse an angry mob protesting against mandatory vaccines for construction workers outside the Melbourne headquarters of the CFMEU.

But the union says the protest was overtaken by “neo-Nazi’s and right wing extremists”, rather than CFMEU members.

Victoria Police say several people were arrested as the crowd “grew increasingly hostile” during the protest that began before 9am on Monday.

Hundreds of construction workers wearing high-vis, and their supporters, stormed the building, protesting against new mandatory vaccination rules for the building industry.

Mr Setka was met with boos and insults from the crowd, while some protesters hurled bottles.

“Please calm down. Can you at least give me the respect to talk? We’re not the enemy, I don’t know what you have heard,” he told protesters.

“I have never, ever said I support mandatory vaccination.”

Once Mr Setka went back inside, the protesters smashed a glass door to the building.

Protesters also turned against each other, with a number of small fights breaking out within the crowd of bright orange and yellow.

The Victorian branch of the union released a statement just after 4pm, saying it has always supported freedom of choice regarding vaccination.

“We are not going to be intimidated by outside extremists attempting to intimidate the union, by spreading misinformation and lies about the union’s position,” the statement said.

“The CFMEU will always advocate for safety, jobs, and freedom of choice.”

CFMEU national construction secretary released a statement on Monday night accusing the crowd of being “infiltrated by neo-Nazis and other right wing extremist groups”.

“It is clear that a minority of those who participated were actual union members,” Dave Noonan said.

Chanting “f*** the jab”, those protesting are against having to show proof of their vaccination to be allowed back on building sites, with some saying they would rather the entire construction industry be shut down.

There had been a 25 per cent cap on the industry’s workforce in Victoria, with tradies required to have had their first dose of a vaccine by this Thursday in order to be allowed back to work.

It is unclear whether all of those protesting are construction workers, after a message on the Melbourne Freedom Rally Telegram group encouraged anti-lockdown protesters to join them.

Premier Daniel Andrews said the protests were “not smart, they are not safe”.

“Protests don’t work. Getting vaccinated works, following the rules works. That’s how you stay open, that’s how you get open,” Mr Andrews said earlier on Monday.

Monday’s rally comes after construction workers set up plastic chairs and tables in the middle of streets across Melbourne on Friday, protesting against lockdown restrictions that included shutting down tea rooms for morning breaks.

Denial of responsibility! Yours Headline is an automatic aggregator of the all world’s media. In each content, the hyperlink to the primary source is specified. All trademarks belong to their rightful owners, all materials to their authors. If you are the owner of the content and do not want us to publish your materials, please contact us by email – [email protected]. The content will be deleted within 24 hours.
BusinessCoronavirusCoronavirus VICFinanceHealth & WellbeingLifestyleNewsPublic Health
0
Share

Boris Johnson brought to brink by the vengeful aide he crossed

Nifty may find support at 5300 level