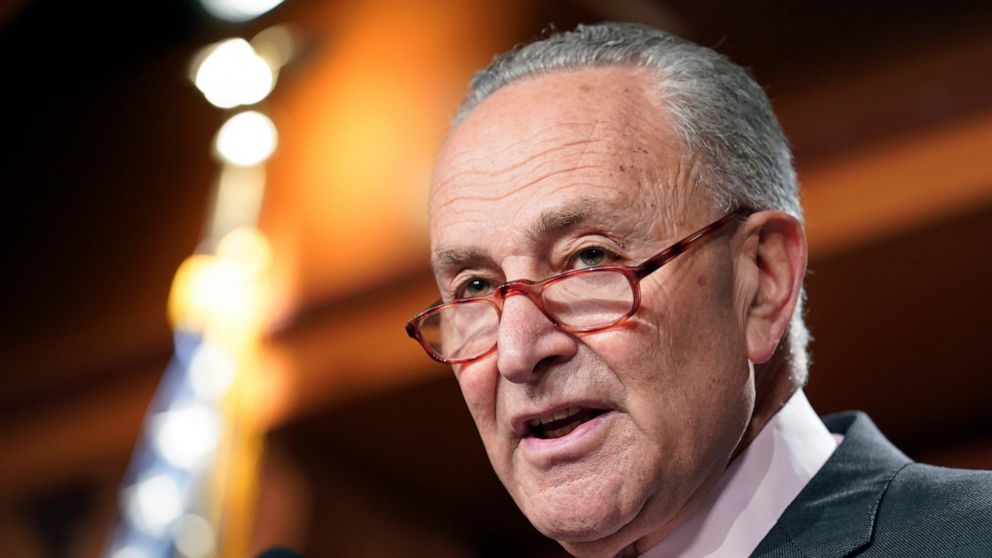 Elizabeth MacDonough, the chamber’s rules arbiter, said provisions must be removed that would force drugmakers to pay rebates if their prices rise above inflation for products they sell to private insurers.

But pharmaceutical companies would have to pay those penalties if their prices for drugs bought by Medicare rise too high.

“This is a major victory for the American people,” Senate Majority Leader Chuck Schumer, D-N.Y., said in a statement. “While there was one unfortunate ruling in that the inflation rebate is more limited in scope, the overall program remains intact and we are one step closer to finally taking on Big Pharma and lowering Rx drug prices for millions of Americans.”

Dropping penalties on drug makers for boosting prices on private insurers will reduce incentives on pharmaceutical companies to restrain what they charge. That will increase costs for patients’ and reduce the $288 billion in the 10-year savings that the Democrats’ overall drug curbs were estimated to generate — perhaps by tens of billions of dollars, analysts have said.

Even so, the parliamentarian’s ruling left Democrats able to promote the drug provisions as a boon to consumers at a time when voters are infuriated by the worst inflation in four decades.

The details of the parliamentarian’s ruling were described by two Democrats who would only discuss it on condition of anonymity.

Denial of responsibility! Yours Headline is an automatic aggregator of the all world’s media. In each content, the hyperlink to the primary source is specified. All trademarks belong to their rightful owners, all materials to their authors. If you are the owner of the content and do not want us to publish your materials, please contact us by email – [email protected]. The content will be deleted within 24 hours.
BusinessEconomygovernmentGovernment and politicsGovernment budgetsGovernment business and financeGovernment financeGovernment programs
0
Share

16 more states hope to weigh in on Idaho abortion lawsuit

Access to monkeypox vaccine in N.S., N.B. a barrier for LGBTQ2+ community: advocates