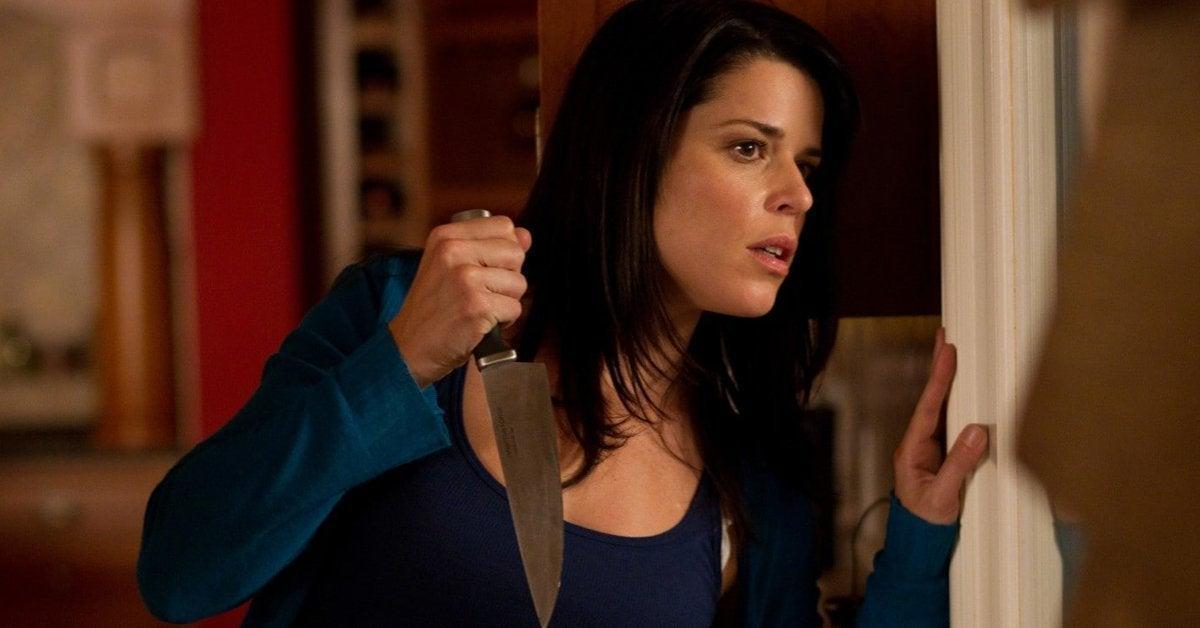 The original Scream, from writer Kevin Williamson and director Wes Craven, shocked audiences by killing its biggest star in the opening scene, letting audiences know that if Drew Barrymore’s character couldn’t survive the first 10 minutes, anyone could be killed at any moment. This tradition was continued in the film’s sequels, with Williamson recently revealing that, by the time he got to Scream 4, one idea he toyed with was circumventing expectations by having franchise hero Sidney Prescott (Neve Campbell) killing someone in the iconic Ghostface costume, though Craven ultimately opted to go a different direction with the opening.

“She fought for her life,” Williamson shared with Entertainment Weekly of Sidney’s bout with Ghostface. “It was a big, huge, 15-minute fight where she kept stabbing the killer, the killer kept stabbing her. I think she was stabbed five times, and crawling across the floor. And then she killed the killer, and the surprise was she didn’t die. The killer died.”

In Scream 2, audiences see characters played by Jada Pinkett Smith and Omar Epps going to an opening-night screening of the film “Stab,” which was inspired by the events of the original movie. Much like the debut film, these two characters were both killed off. The dual nature of having the events of the Scream films inspire the popularity of Stab films continued in the sequels, with Scream 4 ultimately earning multiple movie-within-a-movie opening sequences featuring recognizable actors getting killed, serving as a reminder to audiences that Stab was still alive and well when we caught up with the characters for Scream 4.

“And then one night, I remember I was just up at 3:00 in the morning, and I had this idea, and I just started writing to see where it went,” Williamson explained of the opening that the filmmakers ultimately went with. “I did the movie within a movie [concept] because I knew Sidney was coming in with a self-help book, and I didn’t know how that would land. I wanted to make sure that we kept Stab alive because that’s the fun part of the deconstruction of the film, and so I just wrote that in one night.”

He continued, “I wrote it and sent it to Wes, and he goes, ‘Oh, no, this one’s better.’ When I brought it in, everyone jumped on that and said, ‘This is great.’ And it was. It was much better than the scene I wrote. And, by the way, pieces from that scene ended up in The Following pilot.”

The new Scream is in theaters now.

Would you have liked to have seen this opening? Let us know in the comments below or contact Patrick Cavanaugh directly on Twitter to talk all things horror and Star Wars!

Denial of responsibility! Yours Headline is an automatic aggregator of the all world’s media. In each content, the hyperlink to the primary source is specified. All trademarks belong to their rightful owners, all materials to their authors. If you are the owner of the content and do not want us to publish your materials, please contact us by email – [email protected]. The content will be deleted within 24 hours.
deathGhostfaceKevin WIlliamsonNeve Campbellopeningoriginalplansscene
0
Share

Over 900 unvaccinated members of CAF to face formal proceedings – National

There Are So Many Pokemon Deals to Catch Right Now Thanks to Pokemon Legends: Arceus

Tony Stark pops the question in IRON MAN #20 this May!