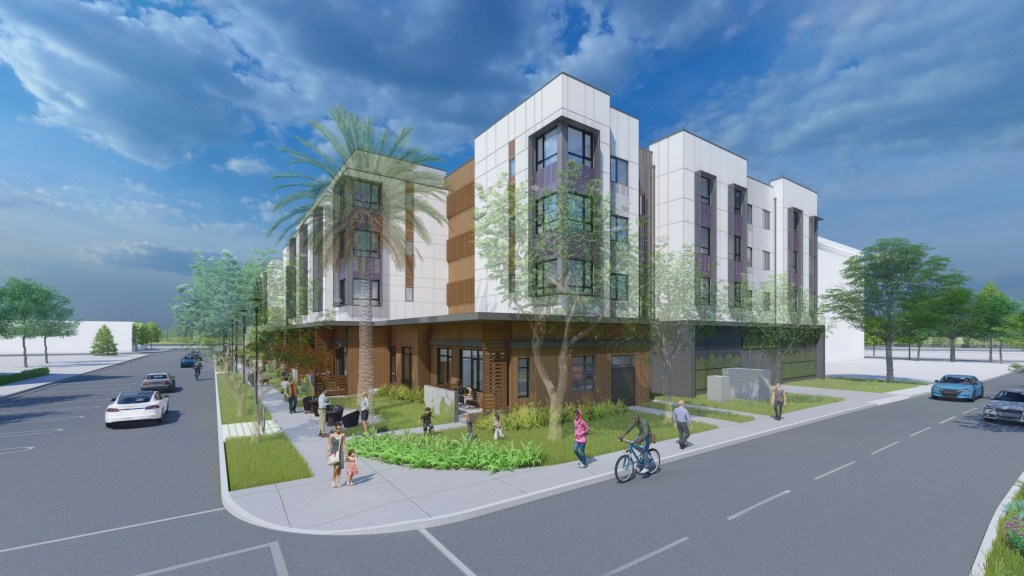 The cost estimate has climbed from $62 million when the project was proposed about four years ago to $87 million today, although the county’s loan is to be paid back over time with rent from the developers’ future tenants.

There are many reasons for the big price hike, including the pandemic’s toll on the construction industry in general, said Doug Shoemaker, president of Mercy Housing, which along with Adobe Communities is building the teacher housing in Palo Alto.

“We were all hoping that 18 months ago, costs would flatten or decline, but with supply chain and commodities, we’re seeing 8 to 12 percent inflation in the construction world,” Shoemaker said. “Whatever way you slice it, it’s not specific to this project.”

Another factor is the development’s increase in size from 93 apartments to as many as 110.

“We would love to be bringing this project in with lower cost,” Shoemaker said. “It is just the state of affairs in Northern California.”

Consuela Hernandez, who oversees the county’s Office of Supportive Housing, said materials such as wood and steel have seen major price jumps. And labor costs are also a challenge, with construction crews having to navigate COVID-19 protocols that can sometimes require more hands.

As a result of all that, each apartment unit will cost approximately $792,332, according to the county’s figures. It’s the second time funds have been offered to a developer because of cost increases, Hernandez said. In early 2021, the county provided a $3 million loan to a project in San Jose at 201 Bassett St.

“We’re seeing an array of issues for all the development across the county,” she said. “It’s just all around.”

Apartments on the 1.5 acre site at 231 Grant Ave., across the street from the county’s superior court building, would go to Peninsula teachers who don’t qualify for low-income subsidies but cannot afford the area’s expensive rents.

The supervisors noted that teachers regularly have to commute hours away from their jobs because of the Peninsula’s high housing costs, which has contributed to high turnover at area schools.

Efforts to create teacher housing began in 2017, and multiple groups have come forward to help fund it. Local school districts and the city of Palo Alto have contributed several million dollars, and in 2019 Facebook pitched in $25 million as part of a wider effort to address a housing crisis it and other tech companies have been blamed for exacerbating.