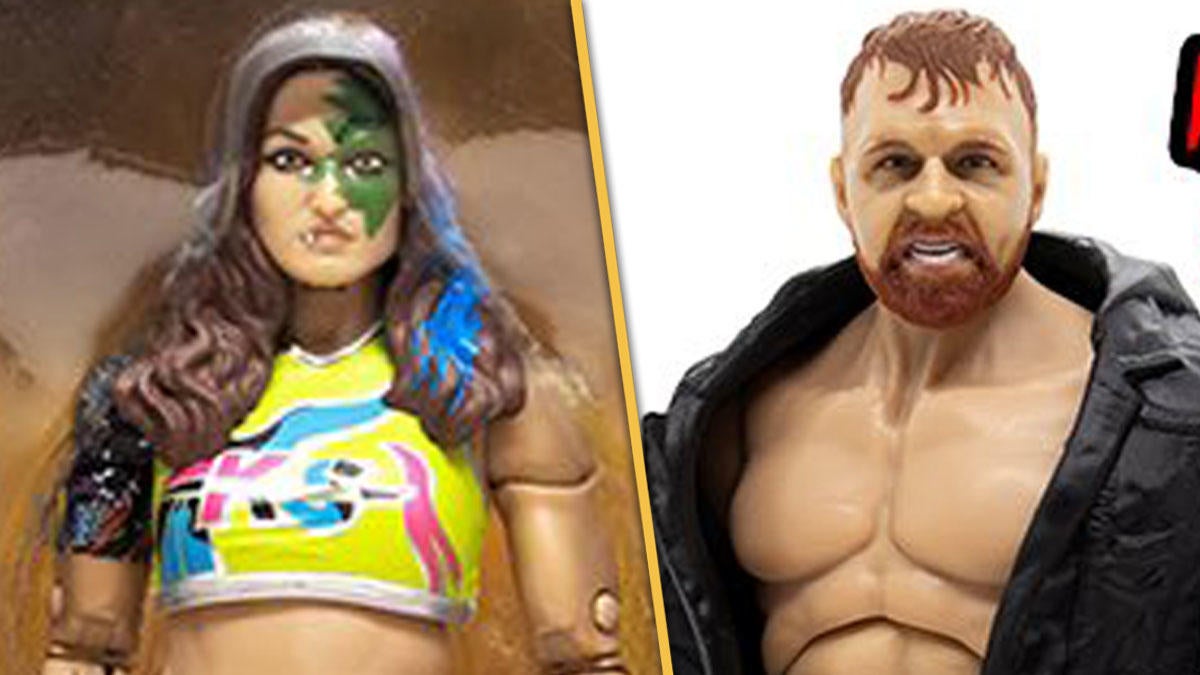 Jazwares’ AEW line continues to expand and bring new wrestlers into the line, and the same goes for their upcoming Unrivaled 8 series of figures. Ringside Collectibles recently revealed all-new up-close images of the new Unviralved 8 figures to check out as well as new looks at an upcoming two-pack and an exclusive Ringside figure. The new figures include series stalwarts like Jon Moxley and Chris Jericho as well as new additions like Kris Statlander, and also includes names like Kenny Omega, Orange Cassidy, Trent, and more. You can check out all of the figures up-close starting on the next slide.

First up are two stars who have been featured in the line previously but now have new looks. Those are Jon Moxley and Chris Jericho, and for Moxley, he comes in a standard hoodie and black pants combo, though there is also a Chase version with shorts that is limited to 5000.

As for Jericho, he comes with his Painmaker spiky jacket, black hat, and facepaint style for the standard version, while the Rare version (limited to 3000) comes with a slightly stripped down Painmaker look without facepaint and his hat and a baseball bat.

Next, we have Chuck Taylor, who is sporting quite the expression and comes with his vest and black pants combo. Then we have Trent, who is pretty spot-on likeness and gear-wise. After that, we have Kris Statlander’s first figure in the line, and like Trent, it’s just about perfect in the design and likeness department. We also get a new Orange Cassidy figure, who comes with a new shirt and an elbow pad, but it does appear the planned alternate head sculpt was not included.

We then have a two-pack featuring Kenny Omega and Jon Moxley based on the exploding barbed wire deathmatch, and it features blood-soaked sculpts and barbed wire weapons, including a chair, baseball bat, wire, and a table.

You can check out all of the figures starting on the next slide, and let us know which one is your favorite in the comments. You can also talk all things action figures and wrestling with me on Twitter @MattAguilarCB!

Denial of responsibility! Yours Headline is an automatic aggregator of the all world’s media. In each content, the hyperlink to the primary source is specified. All trademarks belong to their rightful owners, all materials to their authors. If you are the owner of the content and do not want us to publish your materials, please contact us by email – [email protected]. The content will be deleted within 24 hours.
AEWJon Moxley (AEW)toys
0
Share

Phillip Kennedy Johnson discusses his take on James Bond in 007

Sapphic Planet: The Many Loves of DC’s Bombshells