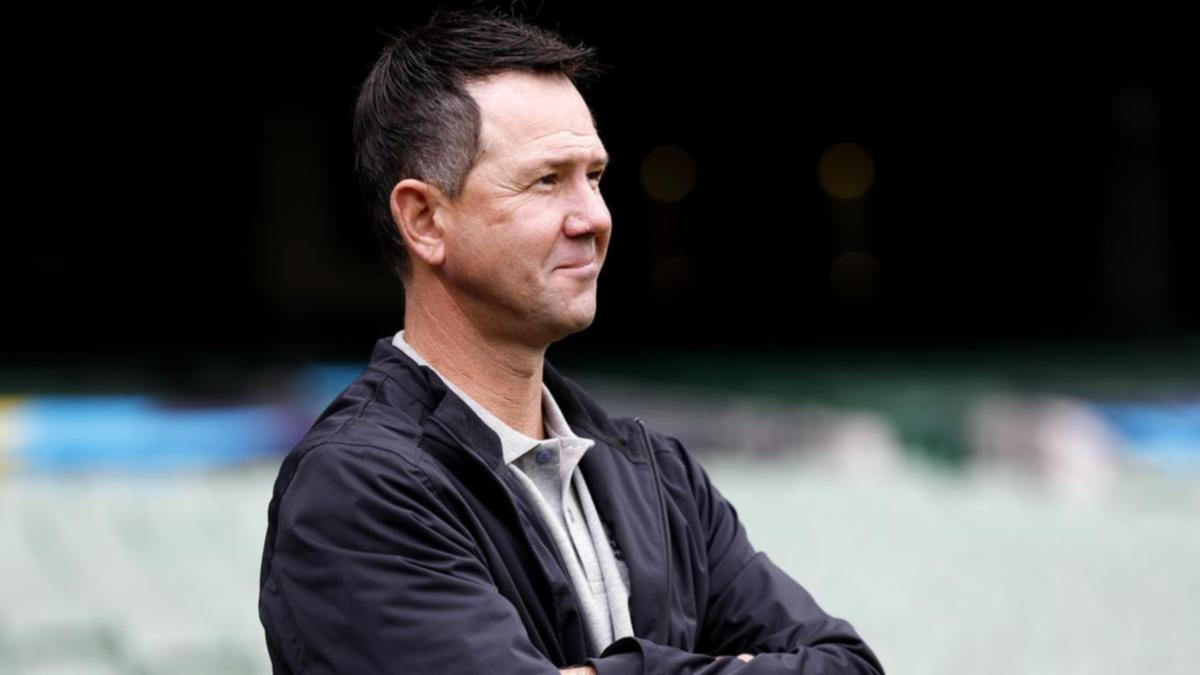 Former Australia captain Ricky Ponting has been taken to hospital in Perth after feeling unwell.

Ponting was at Optus Stadium on Friday conducting his Seven Network commentary duties during the first Test against West Indies when he started feeling unwell.

WATCH THE VIDEO ABOVE: New details as Ricky Ponting taken to hospital.

Watch, Stream & Catch Up with Australia’s Home of Cricket on 7plus >>

The 47-year-old left the stadium around lunchtime and went to Royal Perth Hospital as a precaution.

“Ricky Ponting is unwell and will not be providing commentary for the remainder of today’s coverage,” a Seven spokesperson said.

It was later revealed by 7NEWS Perth that Ponting’s former teammate Justin Langer helped him through the scare.

Langer, who is also in commentary for Channel 7, knew a doctor on site who gave Ponting a once over before recommending the cricket legend go to hospital for a checkup.

He is already feeling better and is expected to leave hospital later this evening.

Ponting is a legend of Australian cricket after notching 168 Tests and 375 ODIs during his glittering career.

Meanwhile, Mitchell Starc ripped through West Indies’ middle order as the tourists were dismissed for 283 late on day three of the first Test, leaving Australia on the front foot with a 315-run first-innings lead.

After just five wickets fell across the first seven sessions at Perth’s Optus Stadium, Australia looked as if they would have a long grind ahead to force a result.

Captain Pat Cummins claimed his 200th Test wicket when he got the key scalp of Kraig Brathwaite on 64, before also cleaning up the tail to finish with 3-34.

But it was Starc’s 3-51 that did most damage, claiming one scalp in Friday’s middle session and then two with the second new ball to change the match.

LIVE MATCH CENTRE Follow all the action from the first Test

Cummins then made the call not to enforce the follow on, keen to give his bowlers some rest with four Tests ahead this summer and little respite between them.

It means Australia will likely look to bat for the first few hours on Saturday, before giving themselves enough time to bowl the tourists out again.

But for the first half of Friday’s play, it looked as if the path ahead was going to be far harder for Australia.

With West Indies 1-159 in reply to Australia’s 4(dec)-598 and Brathwaite looking set, it took a peach of a delivery from Cummins to shift the momentum.

In scenes reminiscent of his famous ball to bowl to Joe Root in Manchester three years ago, Cummins swung the ball in and straightened it just slightly off the seam to take the top of Brathwaite’s off stump.

Then Starc took over.

The left-armer dismissed Kyle Mayers three overs later when he nipped a ball back through the left-hander.

Brought back with the second new ball after tea, he trapped Blackwood lbw on 36 when he swung one back into the right-hander’s front pad.

It prompted a collapse of 6-38, with Starc also getting the next when he swung a ball back between the bat and pad of a hard-swinging Joshua da Silva on zero.

Brooks had only been brought into the match as a concussion substitute for Nkrumah Bonner, who was struck in the helmet by a Green bouncer in the first session.

Hazlewood also bowled better than his figures of 1-53 suggested, after all of Australia’s quicks could be accused of being marginally short late on day two.

He regularly beat the edge in Friday’s opening session, but only caught it once when he had Tagenarine Chanderpaul caught at first slip for 51 to end his debut innings.

The right-armer also thought he had Jason Holder lbw on on six, before TV umpire Kumar Dharmasena ruled a sound on Snicko was an inside edge.

Holder took advantage, later slog-sweeping Lyon for six before the offspinner had him brilliantly caught by David Warner at leg slip on 27.

Denial of responsibility! Yours Headline is an automatic aggregator of the all world’s media. In each content, the hyperlink to the primary source is specified. All trademarks belong to their rightful owners, all materials to their authors. If you are the owner of the content and do not want us to publish your materials, please contact us by email – [email protected]. The content will be deleted within 24 hours.
Australian Cricket TeamCricketRicky Pontingsport
0
Share

Best Renderings For The Week Of November 28