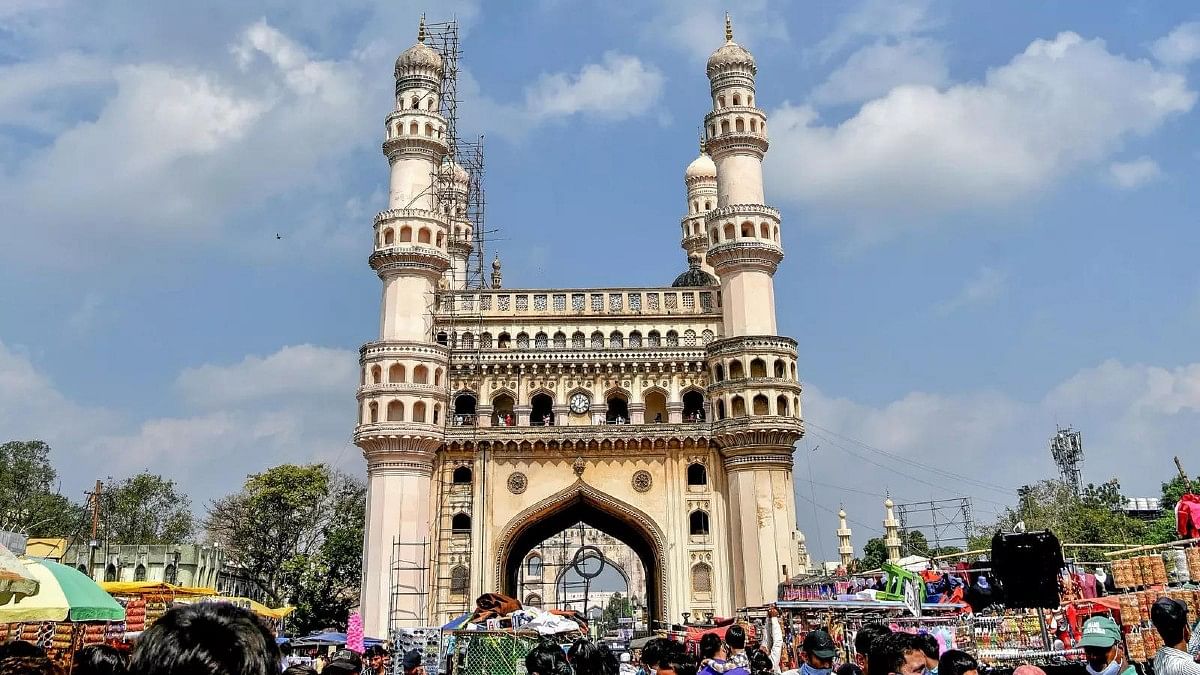 Hyderabad: Amid a growing rivalry between the Telangana Rashtra Samithi (TRS) and the Bharatiya Janata Party (BJP) in the run-up to the next year’s election, at least three filmmakers are working on movies about the erstwhile Hyderabad Nizam and his private militia Razakars.

While one is Abhishek Agarwal, the producer of the movie ‘Kashmir Files’, another is a BJP leader from Telangana, ThePrint has learnt. Meanwhile, Rajya Sabha member Vijayendra Prasad is also penning down a script, separately, on a similar subject.

This comes at a time when Nizam rule and Razakar’s atrocities has become a talking point in Telangana’s heated political space, especially with  All India Majlis-E-Ittehadul Muslimeen (AIMIM) sharing the same parentage as Razakars.

The militia was headed by Qasim Razvi, the leader of Majlis-E-Ittehadul Muslimeen (MIM), which later transformed to AIMIM, which is now headed by Asaduddin Owaisi. Razvi handed over the reins to Asaduddin Owaisi’s grandfather Abdul Wahed Owaisi, who was not associated with the outfit earlier.

At the time of Independence, all the 500-odd princely states were given a choice to either join India or Pakistan, or remain independent. Sardar Vallabhbhai Patel asked the Nizam to accede to India but the ruler refused. The Nizam instead declared Hyderabad an independent nation on 15 August 1947.

Although the Nizam was touted as one of the richest men in the world, his wealth was a result of exorbitant taxes collected from the peasants, who were harassed by their landlords. During the same period,  Razakars committed crimes against people, terrorised them, and suppressed the peasant movement and the idea of joining the Union of India.

After the failed negotiations of Hyderabad’s merger with the country, Indian armed forces intervened under ‘Operation Polo’ following  which Hyderabad was merged with India on 17 September 1948.

The BJP has set focus on Telangana where it is locked in a tussle with the TRS after winning two assembly bypolls and scripting a remarkable performance in the Greater Hyderabad Municipal Polls in the last two years.

‘Truth to be told’

Abhishek Agarwal, one of the producers of ‘Kashmir Files’, told ThePrint that work on the script was mostly done.

“For over 2 years, we’ve been involved in conducting research on this subject. Things have progressed, and they just have to be locked (finalised). At least 11 members are involved in the research. We want things to be done in a proper way, depict exactly what happened and truth to be told the way it is. No sugar coating,” he said, adding that there could be an announcement sometime this year.

The producer said his ‘Kashmir Files’ team will work on this project too.

He, however, said that his movie has no connection whatsoever to any political party or their projects, adding that it is a completely private project.

Meanwhile, a Telangana BJP leader is also producing a movie on the same subject. The movie is already in progress with Telangana BJP chief Bandi Sanjay flagging off the shoot on 29 August, according to the leader who wished to be unnamed.

“My company, involved in entertainment and creations, had already registered three film titles with the film association body. We have paid and registered the titles – so no one else can use them. The titles are ‘Razakar’, ‘Razakar Files’ and ‘Nizam Diaries’,” the leader said.

“For the past six months we have been working on the project and the budget is about Rs 30 crore. [Union Home Minister] Amit Shah was informed about it when he recently came to Hyderabad. It will be a pan-India film, released in multiple languages.”

Following Sanjay’s announcement in May about a movie on Razakars, there were talks of Prasad penning a script on a similar subject. Bandi had even said that the noted screenwriter must write the script for the movie.

When ThePrint reached out to him, Prasad confirmed that he was working on a script with the backdrop of ‘liberation of erstwhile Hyderabad’ state and its merger into Indian Union, but denied association with any political party for the same.

“I am still writing, and it will take time. I am attempting to give a humanitarian message that Muslims and Hindus are both integral parts of India and must peacefully co-exist. It will at least take a couple of months for the script to be ready,” he added.

On 17 September, the day Hyderabad became part of the Union of India about 74 years ago, the city saw a showdown between the TRS and the BJP. While the BJP observed 17 September as ‘Hyderabad Liberation Day’, the K Chandrasekhar Rao-led TRS government celebrated it as ‘Telangana National Integration Day’.

The BJP leaders, including Union Home Minister Amit Shah who was part of the liberation day celebrations in Hyderabad, accuse the TRS of being reluctant in officially acknowledging 17 September as ‘Liberation Day’ due to pressure from AIMIM.

AIMIM chief Asaduddin Owaisi, too, celebrated 17 September as ‘National Integration Day,’ and had even written to KCR and Shah requesting them to do the same.

Several historians had pointed out how ‘Operation Polo’ was a painful memory, especially for the Muslims. The Sundarlal Committee Report said that about 27,000-40,000 people were killed during the operation.  The report also noted how the Indian troops allegedly indulged in looting, rape, and murder of innumerable Muslims.

The BJP went all out in celebrating the occasion last week. The Central government even announced yearlong celebrations for the same.

“BJP officially is not involved in production or is not working on any such movie project. But, if such movies do happen to release, the party will promote it so that it will reach a greater audience and people get an idea of what is the history,” former BJP Member of Legislative Council (MLC) Ramchander Rao said.

LIVE: Biden announces $36B in pension aid to union workers

The mass unbanning of suspended Twitter users is underway