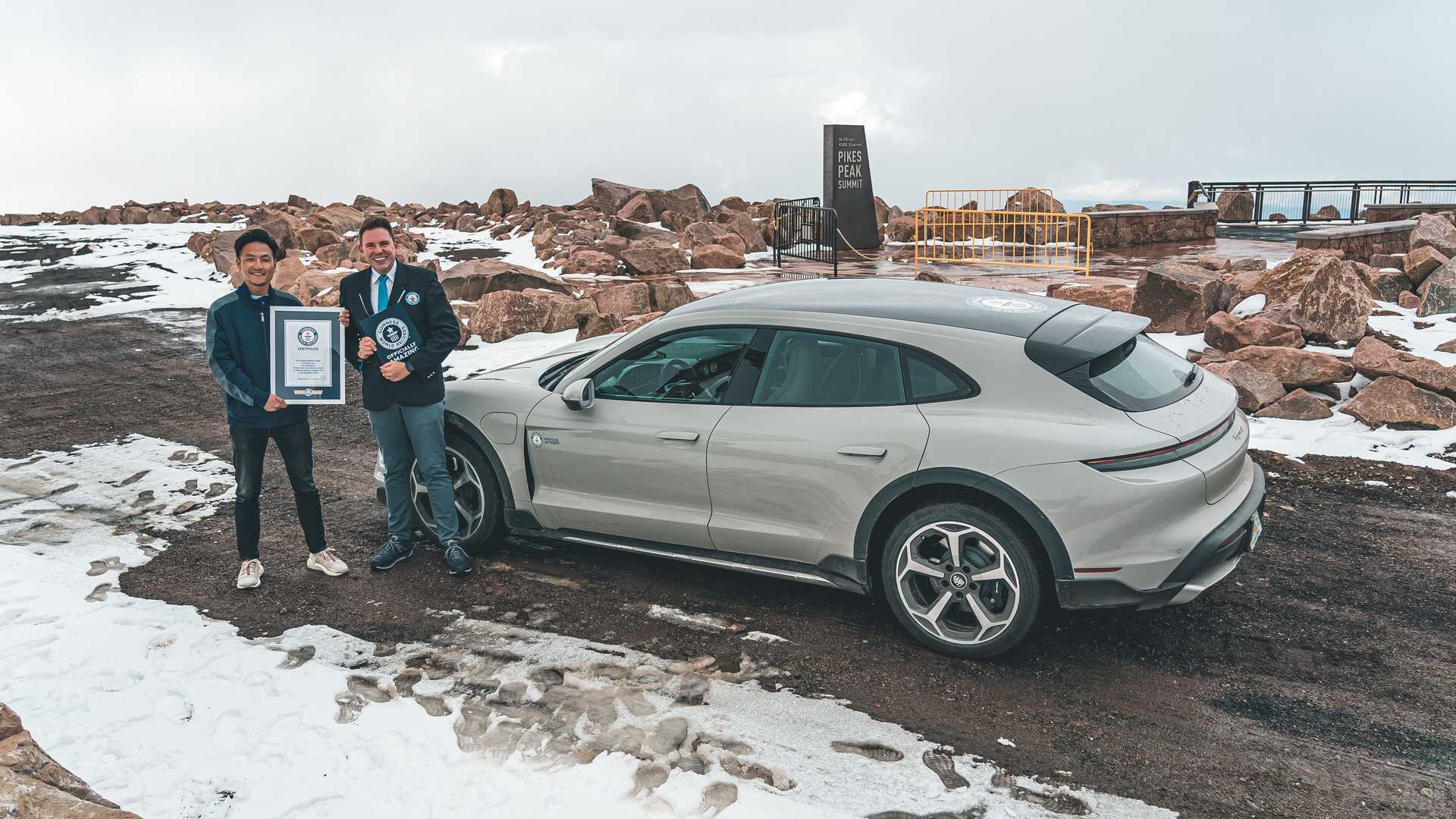 The Porsche Taycan Cross Turismo was the car everyone wanted to drive during the inaugural Motor1.com Star Awards – and it blew away the competition to grab the Editors’ Choice Star Award. An impressive all-rounder, the electric long-roof from Stuttgart impressed our editors with its performance and agility, and these two characteristics have now taken it to new heights. Literally.

The lifted EV wagon has set a new Guinness World Records-certified record for the greatest altitude change ever achieved by an electric car. Yes, this may sound like a very niche record, though the efforts, time, and preparations involved are well worth this memorable recognition. Here’s the story.

A team of motivated, experienced, and brave men and women embarked on a trip from the lowest point they could access in the United States by car to one of the highest. Going across six states over a vertical distance of just over 3 miles (4,842.967 meters), the travel addicts covered over 1,400 miles (2,253 kilometers) between Eagle Mine in Michigan and Pikes Peak in Colorado. The entire trip took them 33 hours and 48 minutes, which was registered by Guinness as a new world record.

“It started as a ‘what if?’ – a passion project, mixing our love for cars and travel and taking it to extremes,” says J.F. Musial, leader of the record-winning team. “We wanted to drive from the lowest point in America to one of the highest, Pikes Peak – where we’ve spent countless hours filming the famous hill climb. The project relied on a lot of goodwill, and a car that’s pretty much unique in its mix of abilities.”

The starting point of the trip was Eagle Mine, which is a nickel and copper mine and is actually the only mine in the country where a car can be driven to sufficient depths. Thanks to the Taycan Cross Turismo’s zero tailpipe emissions and its raised suspension in combination with all-wheel drive, the long-roof Porsche was allowed to drive through the tunnel to a depth of 540.8 meters (1,774.4 feet) below sea level.

Nearly 34 hours later, the team reached its final destination at the 4,302-meter (14,115-foot) summit of Pikes Peak in Colorado. Three groups of drivers working in tandem took the car to the home of the Pikes Peak International Hillclimb which will run for the 100th time this year.

“It was among the hardest things I’ve ever done, but I guess that’s why it’s a record!
Thank you to the teams at Eagle Mine and Pikes Peak, and at Guinness World
Records, for supporting what started out as a daydream and ended up being something
none of us will ever forget. Now, I need to sleep for a week…,” J.F. Musial adds.

Ford Partners With Stripe For Easier Payments and Subscriptions

Ohio Man Steals Audi With A Passenger Asleep In The Backseat