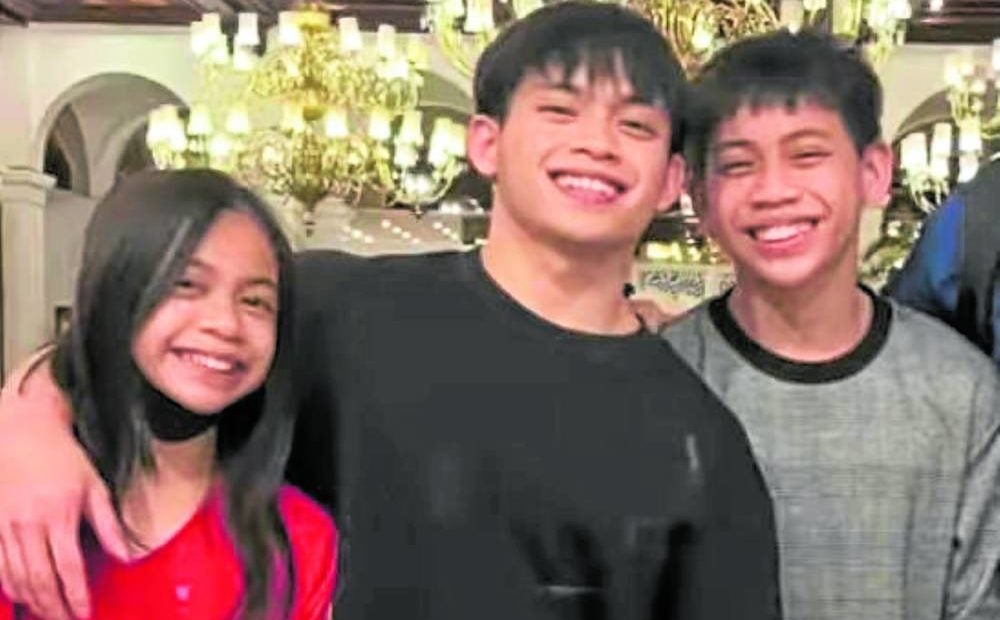 Cut from the same cloth as world champion Carlos Edriel Yulo, siblings Karl and Elaiza Yulo are treading the same path their older brother has taken after smashing performances in the JRC Artistic Gymnastics Stars Championships in Bangkok, Thailand.

Elaiza, the youngest among the three, capped her stint with another triumph in the floor exercise of the junior women’s artistic gymnastics to cap a collection of four gold medals, counting earlier victories in the individual all-around, vault and uneven bars.

The 14-year-old Karl, meanwhile, added a silver medal in the parallel bars after capturing the gold in the floor exercise, placing second in the individual all-around, pommel horse and vault before claiming a bronze medal in the still rings.

Only three weeks ago, the Tokyo Olympian Caloy went up the medal podium with a silver and bronze in the 51st FIG Artistic Gymnastics World Championships in Liverpool, England.

“Congratulations to these amazing [people] who never fail me. First time to compete as juniors and after two years of waiting because of the pandemic, we had limited training because of the restrictions due to COVID-19,’’ said Angelica Yulo, the mother of the three siblings.

“It paid off. Thank you to our Almighty God for giving me such wonderful kids. You make me proud,’’ said Yulo.

The Gymnastics Association of the Philippines (GAP) has more reasons after the Yulos to be proud of.

“We have a deep pool of promising talents. They are the future of Philippine gymnastics,’’ said GAP president Cynthia Carrion.

Justine Capellan showed promise in level four competition of the men’s side with a pair of silvers in the pommel horse and vault plus a bronze in the horizontal bar.

Marc Nathan Ayson also sparkled in the level four tourney, winding up second in the still rings and ending up third in the pommel horse. INQ