On what grounds Shiv Sena sought 12 rebels’ disqualification from Assembly? How will it help Uddhav Thacker 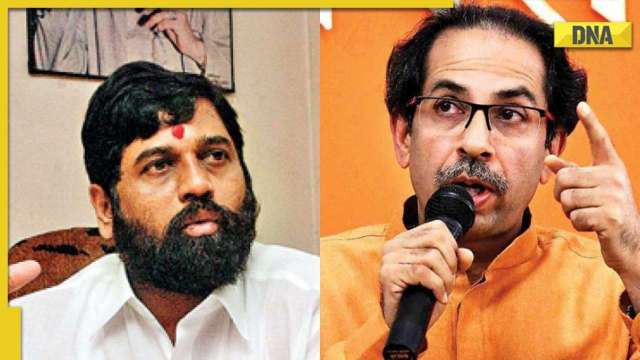 Shiv Sena’s Chief Whip, Sunil Prabhu had issued a letter to party MLAs, asking them to be present in the meeting. (File)

Cornered by its own MLAs, the Shiv Sena on Thursday hit back as it wrote to the Maharashtra Assembly deputy speaker seeking the disqualification of 12 rebel MLAs. Reacting to the development, Eknath Shinde, the leader of the rebel block, said, “You cannot scare us by giving the names of 12 MLAs for disqualification because we are followers of the Shiv Sena chief Bal Thackeray. We know the law, so we do not pay heed to threats.” What is Shiv Sena’s strategy behind the move?

The Shiv Sena had called a meeting of MLAs on Thursday. The rebel MLAs are camping in a hotel in Guwahati. They couldn’t attend the meeting. The Uddhav Thackeray faction has made this fact the ground for seeking their disqualification.

Shiv Sena MP Arvind Sawant told ANI that a notice had been issued before the meeting that action would be taken against them if they didn’t attend. Since they didn’t, Sena had written to the deputy speaker.

“We’ve filed a petition before the Deputy Speaker (of the Maharashtra Legislative Assembly) and demanded that the membership of 12 (MLAs) should be cancelled as they didn’t attend yesterday’s meeting,” Sawant said.

“Before the meeting notice was issued in which it was said that if you didn’t attend the meeting then legal action will be taken as per the constitution. Some didn’t come and some gave unnecessary reasons,” he added.

Shiv Sena’s Chief Whip, Sunil Prabhu had issued a letter to party MLAs, asking them to be present in the meeting. The letter stated that if someone remains absent, it will be considered that the said MLA has decided to quit the party voluntarily.

Meanwhile, Eknath Shinde said MLAs can’t be disqualified for not attending the meeting.

“We know your ways and the law too! According to Schedule 10 of the Constitution, the whip is used for assembly work, not for meetings,” he further said in a tweet.

What’s Shiv Sena’s game behind the notice of disqualification

Shiv Sena is now gearing up for the floor test, with Shinde claiming the support of 37 of the party’s 55 MLAs in the Maharashtra assembly. The party claims it is already in touch with over 20 MLAs who want to return to the Uddhav Thackeray camp. The Shinde camp needs the support of 37 MLAs to evade the clutches of the anti-defection law. If the block of 37 MLAs remains together, it can claim to be the real Shiv Sena and seek the party’s poll symbol in the future. If 12 MLAs are disqualified, the Shiv Sena will have broken the block. Many MLAs could fall in line fearing disqualification under the law. This can also pave the way for the disqualification of other rebels as well. If all of the rebel MLAs are disqualified, the Sena government will be safe, at least until fresh elections take place in these seats.

Denial of responsibility! Yours Headline is an automatic aggregator of the all world’s media. In each content, the hyperlink to the primary source is specified. All trademarks belong to their rightful owners, all materials to their authors. If you are the owner of the content and do not want us to publish your materials, please contact us by email – [email protected]. The content will be deleted within 24 hours.
Eknath ShindeMaharashtra GovernmentMaharashtra Political CrisisShiv SenaUddhav Thackeray
0
Share

This Is How We Talk About Ending Things