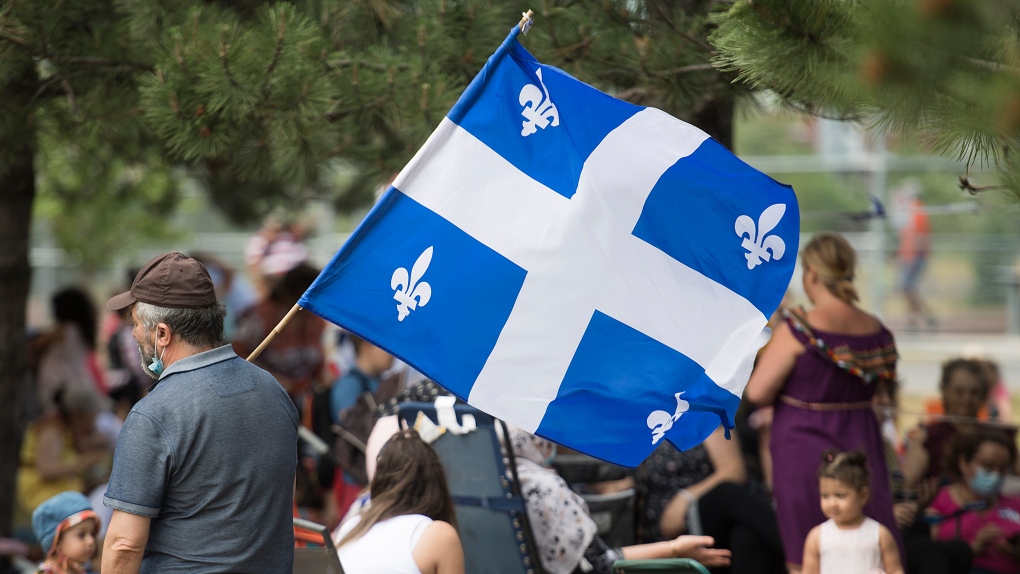 
The blue and white Fleur-de-lys is waving across Quebec as the province celebrates Fete nationale, marking the holiday with neighbourhood parties, large concerts and fireworks.


It is a display of Quebec pride and nationalism that comes as a debate over whether de facto separation of the province from Canada is already underway.


In recent weeks, the Liberal opposition in Quebec’s national assembly has accused Premier Francois Legault of promoting sovereignty, and of carrying out his not-so-hidden agenda of making the province a country.


Legault is a former member of the Parti Quebecois — a party devoted to separation. But as the leader of the Coalition Avenir Quebec (CAQ) he has promised never to hold a referendum and to leave old separatist-federalist divisions behind.


But opponents jumped on the announcement the party has recruited Bernard Drainville, a high profile separatist who also served in the Parti Quebecois, to run as a candidate for the CAQ in October’s provincial election.


The Liberals say it is a sign that Legault is set to crank up the promotion of sovereignty. But in an interview, Drainville denied that joining the CAQ ranks continues his march towards a referendum, saying the sovereignty option simply does not have the numbers on its side.


“Quebecers have moved beyond this debate. We’ve been debating sovereignty and federalism for 50 years,” he told CTV News Montreal. “50 years.”


Polls show a majority of Quebecers would vote against sovereignty if given a chance. Those numbers have been relatively stable for over a decade. However, analyst Philippe Fournier says polling data reveals even more gloomy news for separatists about supporters. https://lactualite.com/politique/souverainete-les-electeurs-de-la-caq-et-de-qs-sont-divises/


“We see that between 60 and 65 per cent of Quebecers would vote no, including a majority of francophones which is critical,” he said.


Fournier also said the younger generation is less likely to sign on.


“It is a massive change. In 1980, the majority of young voters were far more sovereigntist than the rest of the population,” he said.


But Andre Pratte, former senator and journalist, argues a process of separation is already underway. He says that over time, Quebec has had fewer and fewer ties with the rest of Canada.


“I think it is important Quebec continues to work with other regions of the country to solve problems of national scope,” Pratte said. “If it is the opposite then we don’t have a country anymore. Then it is not separatism, not independence in the sense that we have this huge party on referendum night, but it is de facto separation.”


He added that Quebec is already becoming “increasingly sovereign in all fields and jurisdictions.”


Pratte points to the CAQ’s bid to revive a debate over whether the province should have more powers over immigration. He also refers to Quebec’s use of the notwithstanding clause of the Canadian Charter of Rights and Freedoms. The province has shielded Bill 96, a revamped language law, and Bill 21, the law banning religious signs for some people in positions of authority, from charter challenges using the clause.


“I think there is obviously a wall being built between Canada and Quebec, and bills 96 and 21 are part of this. The fact that the majority of Quebecers are willing to push aside fundamental rights and not care I think is significant,” Pratte said.


Fournier said the CAQ’s latest moves are also part of a long-standing tradition that sees parties increasingly casting themselves as defenders of the interests of Quebec leading up to an election. He says that often includes stepping up fights against the federal government.


“You want to be Captain Quebec,” he said.


Legault says the CAQ is not a sovereigntist, party but a nationalist party. When asked to define what that means, he explained that it is the party’s role to promote and protect the French language, as well as Quebec values.


If polls are right, it seems a large majority of Quebecers may be willing to side with him.

‘Risky’ for feds to intervene in health-care ops: Charest

The future of health care: Sensor technology with several applications