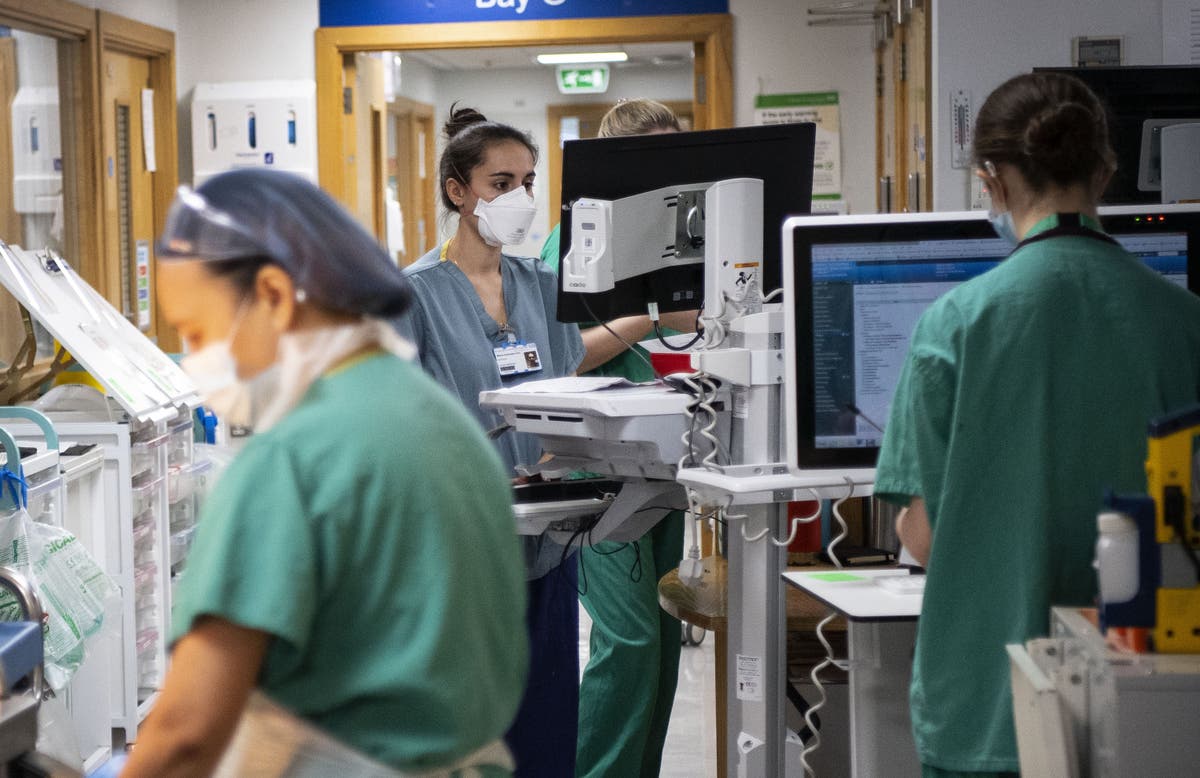 Get our free Health Check email

Nurses are to walk out on strike over two days next month as the pay row raging across the NHS escalates.

The Royal College of Nursing confirmed its members will stage their first ever national walk on 15 and 20 December.

The RCN said the government turned down its offer of formal negotiations over pay and that ministers had “instead chosen strike action”.

NHS trusts will now negotiate with staff over which community and hospital services will run during the strike days. The RCN said it will announce which particular NHS employers be walking out next week.

The industrial action will take place in England, Wales and Northern Ireland. The RCN has paused announcing strike action in Scotland after the government there reopened pay negotiations.

The RCN has said that despite a pay rise of around £1,400 awarded in the summer, experienced nurses are worse off by 20 per cent in real terms due to successive below-inflation awards since 2010.

It comes as other health unions are balloting workers over strike action, with a vote among hundreds of thousands of Unison members closing on Friday. A ballot of Unite’s NHS members ends next week.

Midwives and physiotherapists are also voting on strikes, while a ballot of junior doctors opens in the new year.

Announcing the strike dates, RCN general secretary and chief executive Pat Cullen, said: “Ministers have had more than two weeks since we confirmed that our members felt such injustice that they would strike for the first time.

“My offer of formal negotiations was declined and instead ministers have chosen strike action. They have the power and the means to stop this by opening serious talks that address our dispute.

“Nursing staff have had enough of being taken for granted, enough of low pay and unsafe staffing levels, enough of not being able to give our patients the care they deserve.”

The RCN has not yet confirmed how many nurses across the three nations will be striking and where.

NHS leaders speaking with The Independent raised the possibility of some trusts sharing nurses between hospitals on strike days to help maintain staffing levels.

Hospitals will negotiate with union reps over services where staff are exempt from taking strike action. It is expected that urgent and emergency care services will be maintained, but trusts will move to a “bank holiday” level of staffing for other services.

Further strike days may be held in January if negotiations are not opened between the government and the RCN, the union said.

Matthew Taylor, chief executive of the NHS Confederation, said: “Health leaders understand this may be an uncertain time for many people, including those who routinely rely on the NHS, and that these strikes are coming ahead of what tends to be the busiest time of the year for the service.

“The expectation remains that as a minimum, urgent, emergency and critical care services will continue on strike days and should there be temporary changes to non-urgent aspects of care, such as check-ups and planned procedures, the NHS will make sure this is communicated in advance to patients, prioritising their safety at all times.

“Health leaders also empathise with their workers who feel they have no choice but to go on strike, particularly as most of the other trade unions are heading towards the same outcome with their members.”

The RCN has said the economic argument for paying nursing staff fairly is clear when billions of pounds are being spent on agency staff to plug workforce gaps. It added that in the last year, 25,000 nursing staff around the UK left the Nursing and Midwifery Council register, with poor pay contributing to staff shortages across the UK, which it warned was affecting patient safety.

There are 47,000 unfilled registered nurse posts in England’s NHS alone, the union said.

Responding to the strike action, health secretary Steve Barclay said: “I am hugely grateful for the hard work and dedication of nurses and deeply regret some union members will be taking industrial action.

“These are challenging times for everyone and the economic circumstances mean the RCN’s demands, which on current figures are a 19.2 per cent pay rise, costing £10bn a year, are not affordable.

“Our priority is keeping patients safe. The NHS has tried and tested plans in place to minimise disruption and ensure emergency services continue to operate.”

He said: “Why on Earth is the health secretary refusing to negotiate with nurses? Patients already can’t get treated on time, strike action is the last thing they need, yet the government is letting this happen.

“First the government refused to speak to the health unions all summer, now they refuse to negotiate. If the Conservatives have given up governing, they should stand aside for Labour.”

These were the most googled holiday destinations in 2022

Scientists discover shark graveyard at the bottom of the ocean