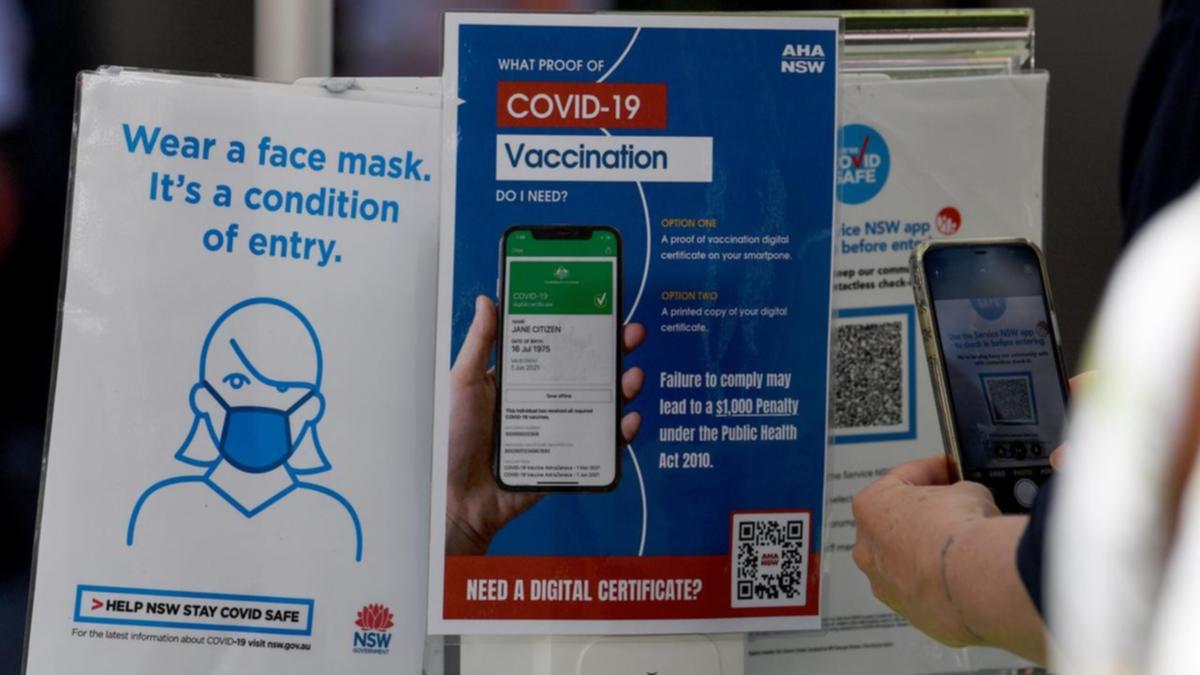 Just one week after restoring QR code check-ins, NSW is preparing to ditch them again.

Deputy Premier Paul Toole told Sunrise the state government would “phase out” mandatory signing into events, hospitality and retail venues as it moves to the “next phase” of the pandemic.

It comes after NSW joined other states and territories by shaking up isolation and testing requirements.

Under the overhaul, only a person who is living with a confirmed case or sharing an accommodation setting for more than four hours will be considered a “close contact” and have to isolate for seven days, with a rapid test on day six.

Mr Toole said the change will make a “huge difference” for businesses hit by staff shortages and at reducing demand at PCR testing sites.

“This is about easing the pressure on the health system, it’s about reducing the queues that we’re seeing at testing clinics, and the end of the day, it’s about getting more Aussies back to work,” he said on Friday.

The deputy premier said the state would start “moving away” from mandatory QR code check-ins, likely from 27 January when mask rules are also expected to be eased.

Mandatory checking into venues was scrapped on December 15, only to be brought back a week later when Omicron cases started to surge.

“QR codes have played an important part in this COVID pandemic, but I think we’re moving to the next phase,” Mr Toole said.

“What we’ve seen is the people of NSW have come forward, they’ve got double vaxxed, and that was the best way of protecting themselves and their community.

That’s why we no longer need those settings around QR codes.

While accepting that “case numbers will continue to rise” due to the highly infectious Omicron variant, Mr Toole said the state’s hospital system is “geared up” and “able to cope.”

Watch the full interview with Paul Toole below

Denial of responsibility! Yours Headline is an automatic aggregator of the all world’s media. In each content, the hyperlink to the primary source is specified. All trademarks belong to their rightful owners, all materials to their authors. If you are the owner of the content and do not want us to publish your materials, please contact us by email – [email protected]. The content will be deleted within 24 hours.
CoronavirusCoronavirus NSWEntertainment - SunriseNewsNSW NewsNSW PoliticsOn The ShowPolitics
0
Share

About one-third of LAUSD students absent this week