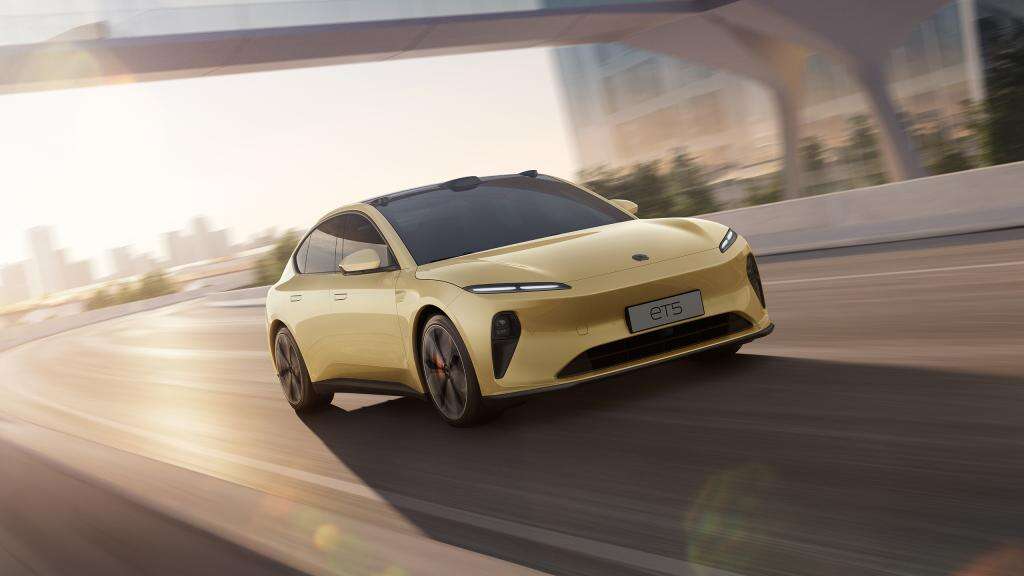 The mid-size sedan borrows from its luxury and performance predecessors for an intelligent vehicle that’s as agile as it is comfortable. The ET5 is a software-defined vehicle with a unified compute architecture built on NVIDIA DRIVE Orin, delivering continuous customer value and opening up new business models.

The ET5 is built on the NIO Adam supercomputer, with four NVIDIA DRIVE Orin systems-on-a-chip (SoC) at its core.

In addition to centralized compute, the ET5 incorporates high-performance sensors into its sleek design, equipping it with the hardware necessary for advanced AI-assisted driving features.

The sedan also embodies the NIO concept of vehicles serving as a second living room, with a luxurious interior and immersive augmented reality digital cockpit.

These cutting-edge features are built to go the distance. The ET5 achieves more than 620 miles of range with the 150 kWh Ultralong Range Battery and a lightning-fast acceleration from zero to 60 mph in about four seconds.

The ET5 and its older sibling, the ET7 full-size sedan, rely on a centralized, high-performance compute architecture to power AI features and continuously receive upgrades over the air.

The NIO Adam supercomputer is built on four DRIVE Orin SoCs, making it one of the most powerful platforms to run in a vehicle, achieving a total of more than 1,000 TOPS of performance.

Orin is the world’s highest-performance, most-advanced AV and robotics processor. It delivers up to 254 TOPS to handle the large number of applications and deep neural networks that run simultaneously in autonomous vehicles and robots while achieving systematic safety standards such as ISO 26262 ASIL-D.

The first two SoCs process the eight gigabytes of data produced by the vehicle’s sensor set every second.

The third Orin serves as a backup to ensure the system can operate safely in any situation.

While the fourth enables local training, improving the vehicle with fleet learning and personalizing the driving experience based on user preferences.

With high-performance computing at its core, Adam is a major achievement in the creation of automotive intelligence and autonomous driving.

After beginning deliveries in Norway earlier this year, NIO will expand worldwide in 2022.

The ET7, the first vehicle built on the DRIVE Orin-powered Adam supercomputer, will become available in March, with the ET5 following in September.

Next year, NIO vehicles will begin deliveries in the Netherlands, Sweden and Denmark.

By 2025, NIO vehicles will be in 25 countries and regions worldwide, bringing one of the most advanced AI platforms to even more customers.

With the ET5, NIO is showing no signs of slowing as it charges into the future with sleek, intelligent EVs powered by NVIDIA DRIVE.

Naloxone to be handed out free in San Joaquin County

There’s No Such Thing As Responsibly Sourced Gas

Ford recalls 200,000 vehicles for brake lights that won’t turn off

VW and Bosch team up to boost Europe’s battery ambitions