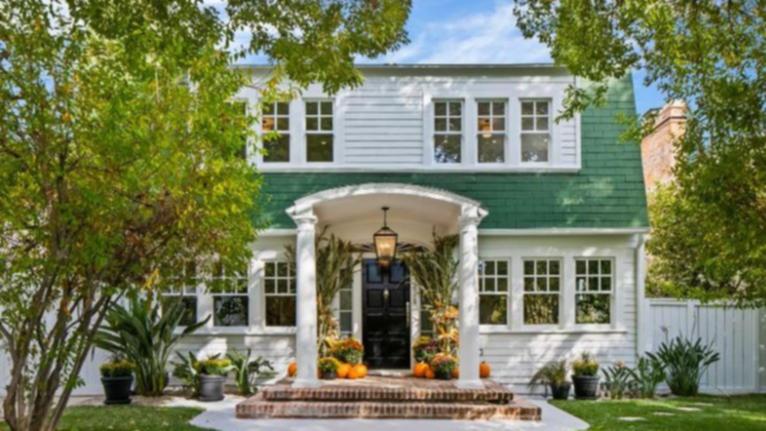 The Los Angeles home best known as the abode of Nancy Thompson in A Nightmare on Elm Street has been sold for $AU4.1 million [$US2.98 million].

WATCH IN THE VIDEO ABOVE: Top 10 scariest Nightmare on Elm Street scenes

It’s a bright spot of the shady, tree-lined Elm Street and, most notably, the hunting ground for one striped sweater-wearing killer. Or it was, as the focal point of the hit A Nightmare on Elm Street.

In the movie and Halloween staple, Freddy Krueger – a villain with a terrifying face who wears a battered fedora, a striped sweater and razor-glove – hunts down a group of teenagers in their dreams.

The high schoolers knock back coffee and pop pills to delay another date with the dream stalker, who shows up every time they fall asleep.

Freddy Krueger haunted this home in the original film, invading a young Nancy’s dreams, though off-camera, it belonged to Los Angeles suburbanites and at least one filmmaker.

And now, it’s been given a new life again – the iconic home just sold for nearly $US3 million, according to Realtor.com, where the home was listed. (And, according to the site, that’s about 98 per cent more expensive than nearby homes, a stat that would spook even Freddy.)

The three-bedroom Dutch Colonial got a major facelift in the years since Wes Craven’s 1984 film was released, though its exterior remained the same.

But the rest of the home was “reimagined by an English designer in the mid-2000s,” so it’s brighter, whiter and airier than the famous movie monster would’ve liked.

All egregiously ‘80s flourishes have been replaced – and the door, once blood-red, is now painted a stately black.

The home used to belong to Hustlers director Lorene Scafaria, who bought it in 2013, according to the Los Angeles Times.

It originally hit the market in the autumn at $AU3.25 million, and, in a nod to the home’s cinematic history, offers were due by midnight on Halloween, the California paper reported.

“What’s fun about this house is that it’s in Los Angeles, where you can be in the grocery store with your favourite movie star or live in a house that’s been the facade of a lot of different films, and this one especially is a lot of people’s favorite movie,” Heather T. Roy, one of the listing agents with Douglas Elliman, previously told CNN.

Denial of responsibility! Yours Headline is an automatic aggregator of the all world’s media. In each content, the hyperlink to the primary source is specified. All trademarks belong to their rightful owners, all materials to their authors. If you are the owner of the content and do not want us to publish your materials, please contact us by email – [email protected]. The content will be deleted within 24 hours.
EntertainmentLifestylemoviesreal estate
0
Share

Confident of retaining leadership position in SUV segment in 2022: Hyundai