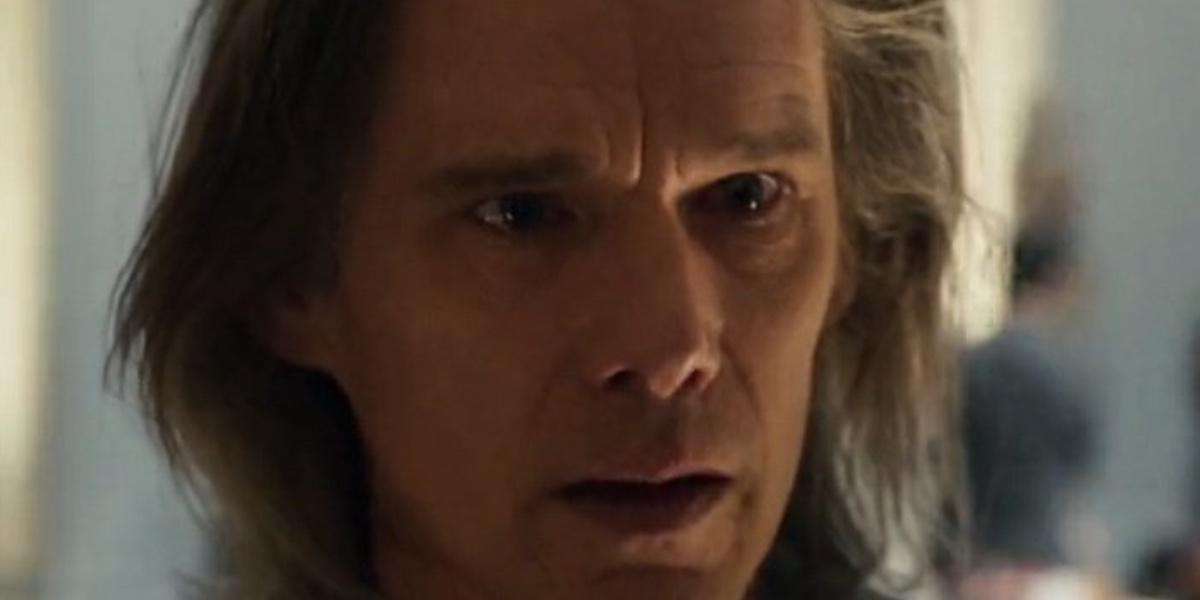 Moon Knight just gave fans their first look at Ethan Hawke. A surprise teaser trailer dropped this weekend and promised a full trailer for the show during the NFL Playoffs Monday. That’s all very exciting. But, also exciting is the first taste of the main villain of this series. Things are going to get mystical in Marc Spector’s journey and Hawke’s character is said to play into that angle of things. He’s kept a tight lid on exactly which villain he’ll be bringing to life. There’s been speculation about the entire history of Moon Knight’s rogues, but we’ll just have to wait and see. Check out the actor and Oscar Isaac down below:

Last year on Late Night With Seth Myers, Hawke had some jokes about playing a cult leader.

Tune in MONDAY for the world trailer premiere of the all-new @disneyplus original series, @marvelstudios’ #MoonKnight ???? during the NFL Super Wild Card matchup on @espn/@abcnetwork. pic.twitter.com/p248BIAcM7

“I’ve based my character on David Koresh,” Hawke said before Myers erupted with laughter. “Yeah, so I mean, I guess it’s working. I totally wanted a Camero, you know? I want to ride in on a Camero. I can’t believe you, I mean, you’re good Seth. Or maybe I’m not out of character yet… I don’t know if we want to be on record saying that. But, I will say, he is the basis of great character inspiration however.”

In a similar conversation with The Wrap, the star joked that there’s a million layers of red tape with these MCU projects. Secrets must be kept, lest there be consequences. So, he signed those NDAs and is going to keep them.

“I’ve signed about 10,000 NDAs and they give me a hard time anytime I say anything about it,” Hawke explained to the outlet last year. “They’re very secretive about it. They like to create a lot of anticipation. But I understand why people love working for them. They’re extremely active, friendly. They do good world-building and create space for actors. If you want to play, they want you to play.”

Moon Knight has a short description ahead of that big trailer:

“A new globetrotting action-adventure series featuring a complex vigilante who suffers from dissociative identity disorder. The multiple identities who live inside him find themselves thrust into a deadly war of the gods against the backdrop of modern and ancient Egypt.”

Who do you think Hawke is playing in Moon Knight? Let us know down in the comments!

Denial of responsibility! Yours Headline is an automatic aggregator of the all world’s media. In each content, the hyperlink to the primary source is specified. All trademarks belong to their rightful owners, all materials to their authors. If you are the owner of the content and do not want us to publish your materials, please contact us by email – [email protected]. The content will be deleted within 24 hours.
Ethan HawkeMoon Knight
0
Share