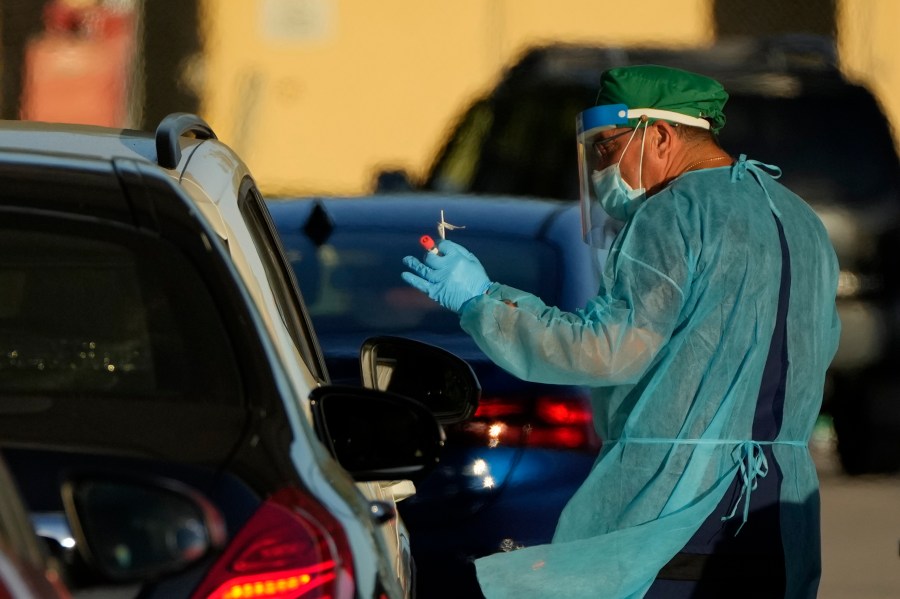 HOUSTON (NEXSTAR) — A Houston mother was charged after authorities allege she placed her 13-year-old son in the trunk of her car to isolate him after he tested positive for COVID-19, then took him to a drive-thru testing site.

The 41-year-old is charged with endangering a child after authorities allege her son was found on Monday in her car’s trunk at a testing site for the Cypress-Fairbanks Independent School District in northwest Houston.

The woman is a teacher with the school district, which says the child was not harmed.

The mother told a district official that she put her son in the trunk to prevent her from getting exposed to COVID-19 while taking him for additional testing.

Flooding hits western US, winter storm in the east

The official then asked to see her son, according to the Houston Chronicle, telling her he couldn’t be tested for COVID-19 until he was in the backseat. She opened the trunk to show the child lying inside, according to court documents.

She then left to find a police officer and, by the time she returned, the boy was sitting in the backseat.

The school district confirmed to the paper that the mother is now on administrative leave.

The CEO who fired 900 employees over Zoom is coming back

I just took an at-home COVID test. When should I test again?