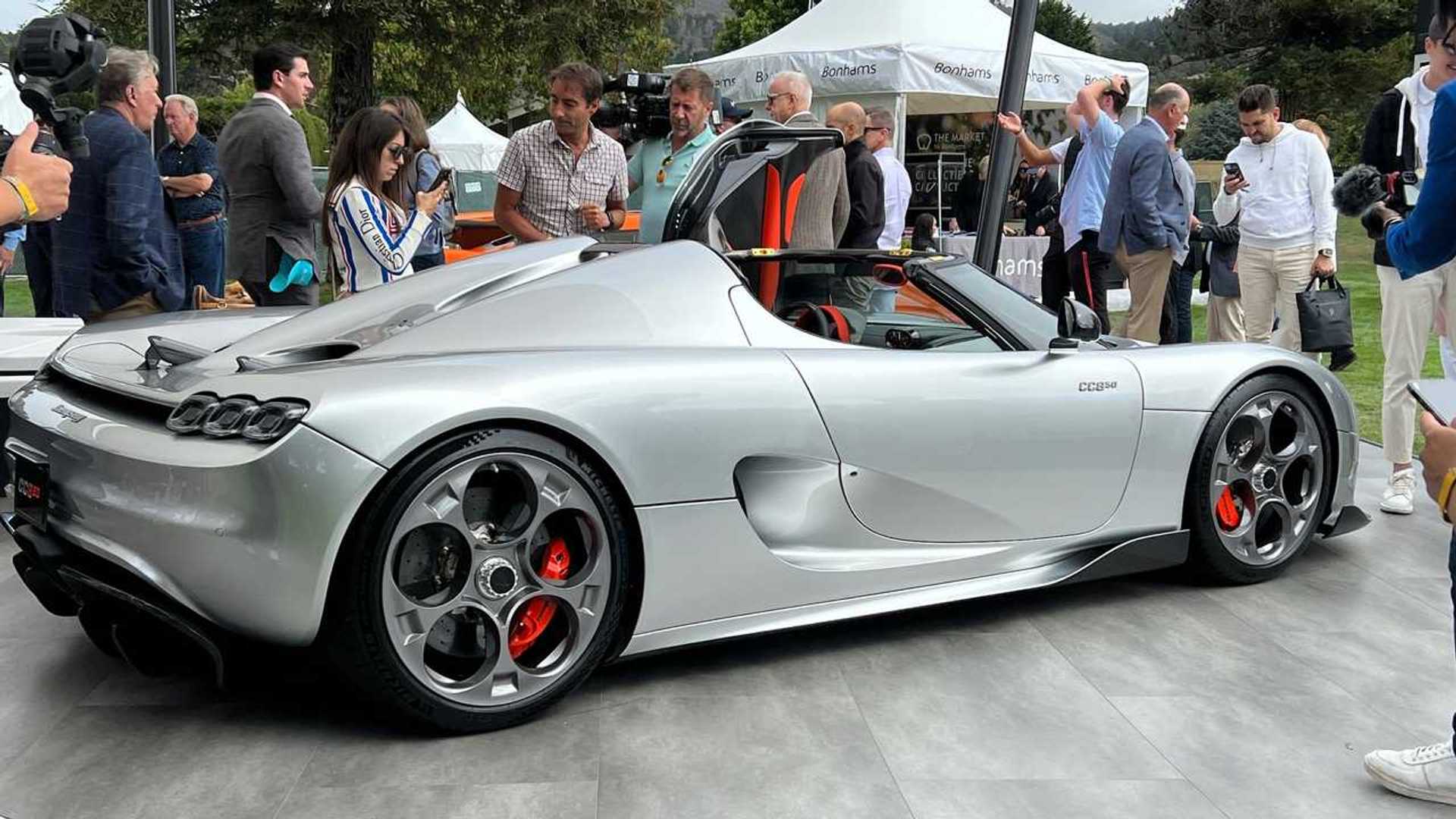 It’s hard to believe that 20 years have passed since the first Koenigsegg CC8 hit the streets. That legacy is honored here with the Koenigsegg CC850, a vehicle that looks nearly identical to the trend-setting supercar from 2002. However, it’s very different underneath, and that includes a gated six-speed manual shifter (with a clutch) to operate the nine-speed transmission. Wait, what?

Now for the really interesting part. As with the engine, the Jesko’s nine-speed “Light Speed Transmission” is ported to the CC850. However, look inside the thoroughly updated cockpit and you’ll see a manual gear lever in a gated six-speed box. It’s not just a showpiece to sequentially change gears as you would in the Jesko, because there’s also a clutch pedal for the driver to operate. But here’s the thing – it’s essentially an all-electronic affair. Koenigsegg ties a clutch pedal operation and mechanical gear changes to the multi-clutch nine-speed gearbox.

The result is something Koenigsegg calls the – wait for it – TWMPAFMPC transmission. That alphabet soup of a name stands for The Worlds Most Powerful And Fastest Manual Production Car. In manual mode, the CC850 drives like a car with a normal manual gearbox. The clutch is required to shift gears, and if you bog the launch like you did learning stick on your brother’s Ford Escort, it will stall.

Only six speeds of the nine-speed transmission are available at any given time, however, the specific gears will vary depending on the drive mode. As such, all nine speeds will be accessible. You’ll just have to switch modes to get to them. Or, if you just want to cruise, move the lever all the way to the right for automatic mode. In that position, drive is down with all forward gears available. Reverse is at the top.

As for performance, Koenigsegg isn’t ready to share specific stats just yet. With less power than the Jesko, it won’t be competing for ultimate top-speed titles but with more than double the power of the original CC8S, it should be supremely fast. It will also be supremely rare, as Koenigsegg will build just 50 examples to commemorate the 50th birthday of the company’s founder, Christian von Koenigsegg. Pricing and availability will be announced later.

Interested in other recent debuts? Check out the Rambling About Podcast for muscle cars, supercars, and more.

The Two Faces Of Fiat