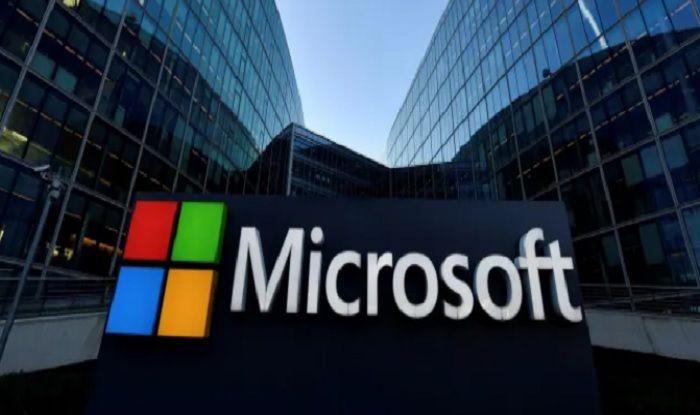 San Francisco: Microsoft has added a new feature that would allow Microsoft Teams users turn smartphones or tablets into a Walkie Talkie that works over cellular data or Wi-Fi. Microsoft Teams has partnered with Zebra Technologies to bring its Walkie Talkie feature to dozens of the company’s Android devices. In addition to that partnership, Microsoft has made the feature available on iOS devices too.Also Read – Microsoft Surface Pro X Launched in India; Price Starts at Rs 93,999

With this new feature, the company hopes to ease some of the stress of frontline workers with a simple and easy new way to communicate. Microsoft is also rolling out a new feature in its video collaboration platform Teams that will allow users to chat across personal and business Teams accounts. Also Read – Microsoft to Skill One Lakh Indians in Cybersecurity by 2022

Teams consumer and enterprise users will be able to chat between the two platforms by mid-January. The company made this capability available worldwide as a preview in November last year. With this update, the users will be able to invite any Teams user to chat using an email address or phone number and remain within the security and compliance policies of their organisation.

Denial of responsibility! Yours Headline is an automatic aggregator of the all world’s media. In each content, the hyperlink to the primary source is specified. All trademarks belong to their rightful owners, all materials to their authors. If you are the owner of the content and do not want us to publish your materials, please contact us by email – [email protected]. The content will be deleted within 24 hours.
MicrosoftMicrosoft Teams
0
Share

Restaurant Review: Semma in the Village