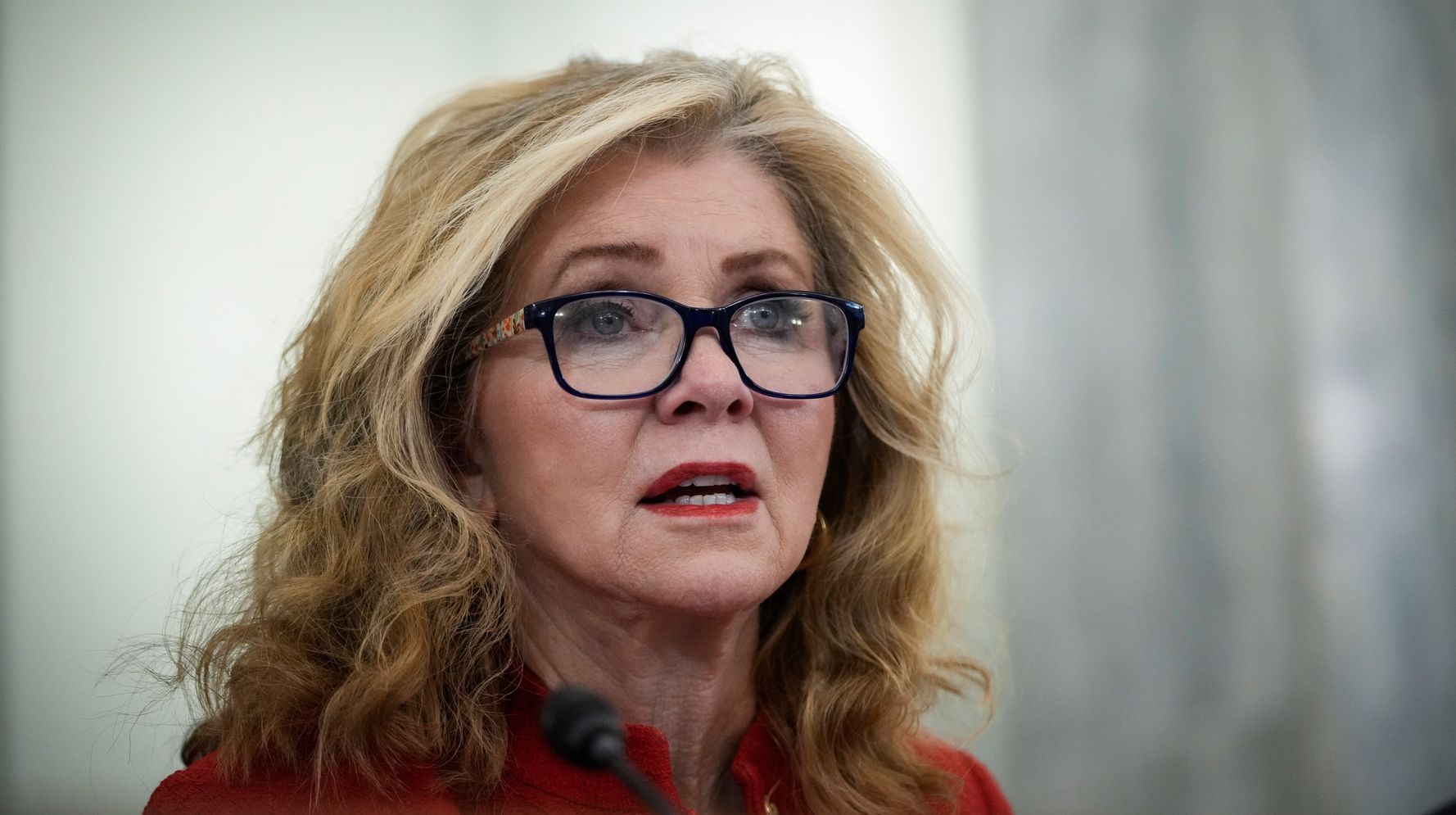 Sen. Marsha Blackburn (R-Tenn.) said Wednesday that she has serious concerns with one of President Joe Biden’s Black judicial nominees and referenced his “rap sheet” of old speeding tickets, a suggestion of a criminal record when there is none.

During a Senate Judiciary Committee hearing, Blackburn said she would oppose Andre Mathis’ nomination to the U.S. Court of Appeals for the 6th Circuit for a few reasons. She accused the White House of not providing “meaningful consultation” on his nomination, which is for a court seat based in her state. She said she didn’t think Mathis had enough experience, either. She said her preferred nominee was Camille McMullen, an African American judge on the Tennessee Court of Criminal Appeals.

But then, oddly, she brought up Mathis’ driving record.

“He has a rap sheet with a laundry list of citations, including multiple failures to appear in court,” said the Republican senator. “In Tennessee, we expect our judges to respect the law. If Mr. Mathis thought he was above the law before, imagine how he’ll conduct himself if he’s confirmed as a federal judge.”

What Blackburn referred to as a rap sheet, a term for a person’s criminal history that stems from the acronym for Record of Arrests and Prosecutions, was actually related to three speeding tickets Mathis got more than 10 years ago, one of which was for going 5 miles over the speed limit. His driver’s license was temporarily suspended when he didn’t pay them on time and did not show up to court for them.

Mathis told the committee he has never been arrested or charged with a crime. In the case of his speeding tickets, he said he simply forgot to pay them and didn’t realize his license had been suspended until he got a notice in the mail from the Tennessee Department of Motor Vehicles, at which point he paid his tickets.

He was clearly humiliated that his old speeding tickets were even an issue.

“I highly regret that I’m in this situation,” Mathis said, choking up. “I feel like I’ve embarrassed my family. While I deserve this, they don’t.”

Despite her concerns that Mathis was behaving as if he were above the law by not paying tickets, Blackburn did not mention that it was just last year that she was pulled over by police while riding in a car, got out of the car, indicated that she was a U.S. senator and flashed her congressional pin before being let go.

“Sen. Blackburn refers to your ‘rap sheet,’ is what she called it,” Durbin said to Mathis. “Well, if speeding tickets are a rap sheet, I’ve got one too. I never got a speeding ticket for driving 5 miles over the limit, which apparently is one of your tickets. … We’ve all I think been guilty of that sin and perhaps all have a rap sheet that’s over 6 miles or more.”

Sen. Cory Booker (D-N.J.), who joined the hearing after Blackburn’s remarks, said he “almost laughed” when he learned how she described Mathis’ driving record.

“I laughed with my staff that I have a rap sheet now, probably much longer than the witness’s,” said Booker, telling a story about his experiences as the first Black family moving into his New Jersey neighborhood as a kid.

“I was pulled over quite a few more times than [my white friends] were. We all knew what it was about,” he said. “My brother and I used to think, ‘If we’re Black, you just prepare for being pulled over.’ Sometimes I was pulled over for going 3 miles over the speed limit, for something cracked or that looked awry on my car.”

Booker asked Mathis if he, too, experienced “driving while Black” while growing up.

“I take responsibility for my actions. I don‘t want to blame anything or anyone else for what I did,” Mathis replied. “That’s what I’ll say about that.”

“Sir, that is a great answer,” replied the New Jersey senator. “And in many ways, the humility and respect I think your character speaks to.”

This story has been updated to note that Blackburn’s preferred nominee was Camille McMullen, an African American state judge.

Denial of responsibility! Yours Headline is an automatic aggregator of the all world’s media. In each content, the hyperlink to the primary source is specified. All trademarks belong to their rightful owners, all materials to their authors. If you are the owner of the content and do not want us to publish your materials, please contact us by email – [email protected]. The content will be deleted within 24 hours.
Joe Bidenjudicial nomineesMarsha Blackburnsenate judiciary committee
0
Share

If ‘Donald Feels It’s Necessary, He Will Stop Protecting Ivanka,’…