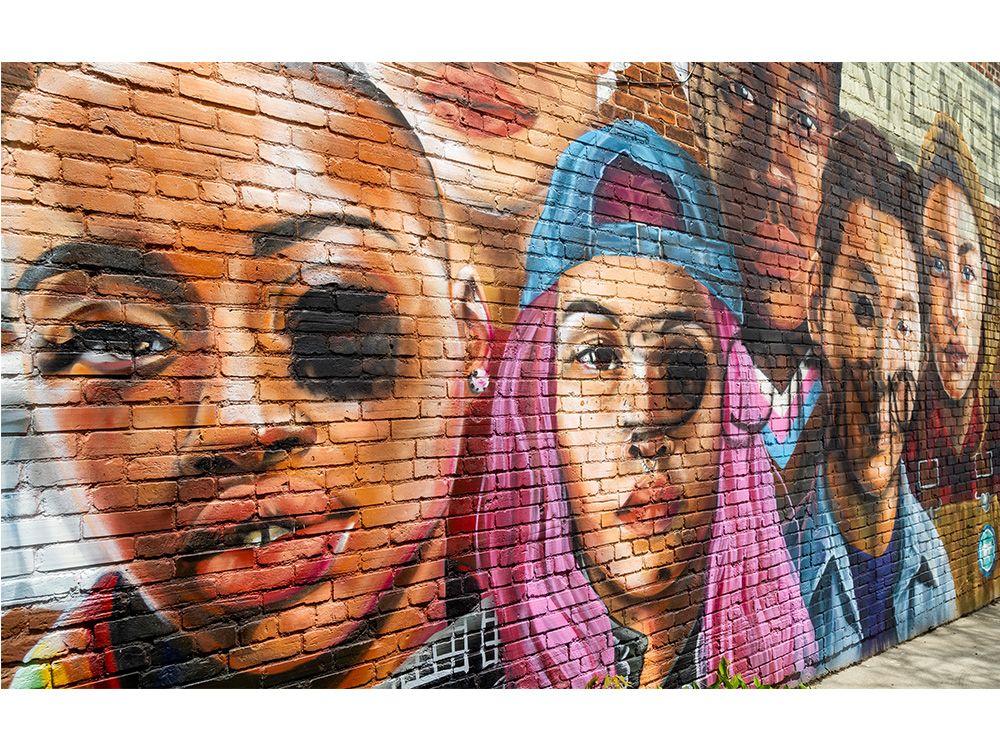 Do not paint the entire town of Aylmer with the same brush or, as in this case, the same aerosol can.

This is the act of one delinquent individual.

Aylmer is a diverse and inclusive community with a multi-cultural base that welcomes and engages all who choose to live here.

Why do you think the mural was created in the first place?

I’m so tired of listening to the pros and cons to opening the Thames River to recreational enjoyment and the city’s unrealistic plans to revitalize downtown.

There has to be a balance between nature and the use of the Thames for recreation, a major attraction to the core if developed properly.

The city needs to create a tax-free zone and offer other initiatives to attract new start-up businesses downtown and have someone assigned to work with property owners in pursuing the right, complimentary businesses for the core.

The Thames River is all of ours to enjoy and can be a huge attraction for downtown. Wake up.

Regarding the letter to the editor letter Better than flag (May 7) from Michael Fagan.

Fagan said every time there is a royal visit, the monarchy is questioned. Well, Canada is approaching the 155th anniversary it’s “independence,” so why do we continue regard some far off monarch to be our head of state?

Fagan claims the Queen is no more foreign than a Canadian baby born abroad. Well, that kid has Canadian parents. the Queen does not.

I am sure his letter was prompted, at least in part, by the current visit by Prince Charles. After his last visit in 2017, I read his visit cost the Canadian taxpayer $1.5 million a day

Barbados has started plans to remove the Queen as head of state. It is time Canada did the same. Think of all the money we would save without the Governor General and lieutenant governors.

If there is one election promise we can rely on the NDP to fulfill, it is they will run larger deficits than the Conservative party.

It looks like the NDP have given up on their plan to pay for all their commitments by simply taking the money from the rich.

Regarding the letter to the editor Developers played city ‘like a banjo’ (May 12 from Beth McCracken.

To bring transparency to council, and council members’ relationship with developers, we need every council member to cast a vote even if they are unable to be present at the council meeting. This is not the place to play numbers games.

Voting is a council member’s most sacred duty and the interests of the citizens of London must reflect in that vote.

The London Free Press welcomes letters to the editor (preferably 150 words or fewer). Letters should be emailed to [email protected] Please include your name, place of residence (town or city and province) and daytime phone number. Letters may be edited for length or clarity.

Mould is coming back with a vengeance. Here’s how to tackle the outbreak

Donations, Chants and Calls For Change: Celebrities React To The End of Roe

Sanjay Dutt: I am prepping up to work with Sanjay Gupta again; it’s home turf for me…