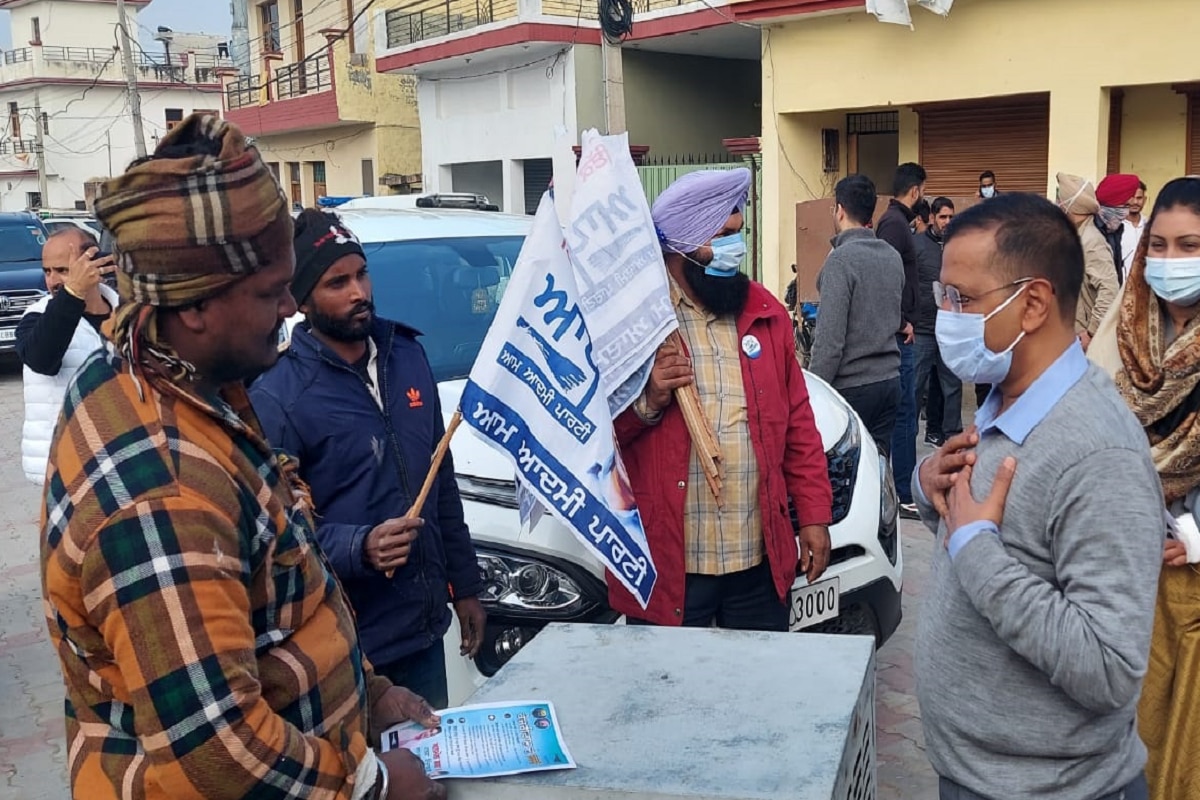 Punjab Assembly Election 2022: Kharar Returning Officer (RO) on Wednesday issued a notice to Aam Admi Party (AAP) for violation of Model Ccode of Conduct following a complaint regarding the door-to-door campaign under the leadership of Chief Minister Arvind Kajriwal. The Returning Officer has sought the reply from AAP within 24 hours.Also Read – Should Ban on Elections Rallies be Extended Amid COVID Cases? Govt Says Will Coordinate With EC Soon

Earlier in the day, Kejriwal launched a door-to-door election campaign in Kharar assembly of Mohali district ahead of Punjab Assembly Election 2022. Also Read – Day After Quitting As UP Minister, Arrest Warrant Issued Against Swami Prasad Maurya In 7-Year-Old Case

In the notice, the returning officer made it clear that in case the AAP fails to submit its reply in writing within 24 hours, action will be taken as per the instructions of Election Commission of India (ECI). Also Read – COVID Kit, Tele-consultancy: How Delhi Govt Reaches Out to Home-Quarantined COVID Patients | Details Here

It must be noted that the AAP has fielded singer Anmol Gagan Mann from Kharar assembly constituency in Mohali district as its candidate for the February 14 Punjab assembly polls.

In the notice, the returning officer said that a meeting was held with all the political parties on January 9 about various restrictions imposed by the Election Commission of India(ECI), including complete ban on rallies and demonstrations and restrictions on door-to-door campaign by more than five persons.

In the meantime, unveiling his party’s “Punjab Model” ahead of assembly polls, Kejriwal on Wednesday promised justice in sacrilege cases, jobs to youth, corruption-free governance, and asserted that people want to bring his party to power to break the friendly “partnership” between the Badals and the Congress.

“The Punjab model will have a 10-point agenda which will include providing free power to people up to 300 units per billing cycle and controlling the drug menace,” he said.

The Delhi chief minister said that with the announcement of polls, people are happy that they have got an opportunity to bring a change.

“In 1966, Punjab became a separate state. Since then till today, for 25 years Congress ruled the state while for 19 years the Badal family ruled. Both ruled the state in a partnership of sorts. Whether the Badal party came to power or the Congress, they ran their governments in partnership. When their government used to come to power, they never used to take action against each other,” Kejriwal said at a press conference in Mohali.

Denial of responsibility! Yours Headline is an automatic aggregator of the all world’s media. In each content, the hyperlink to the primary source is specified. All trademarks belong to their rightful owners, all materials to their authors. If you are the owner of the content and do not want us to publish your materials, please contact us by email – [email protected]. The content will be deleted within 24 hours.
Anmol Gagan MannArvind KejriwalAssembly Election 2022Bhagwant MannKhararModel code of conductPunjab Assembly Election 2022
0
Share

UPSC Recruitment 2022: Only One Day Left to Apply For 187 Posts on upsconline.nic.in

A travesty in Turkey: the Gezi Park trials | podcast | News