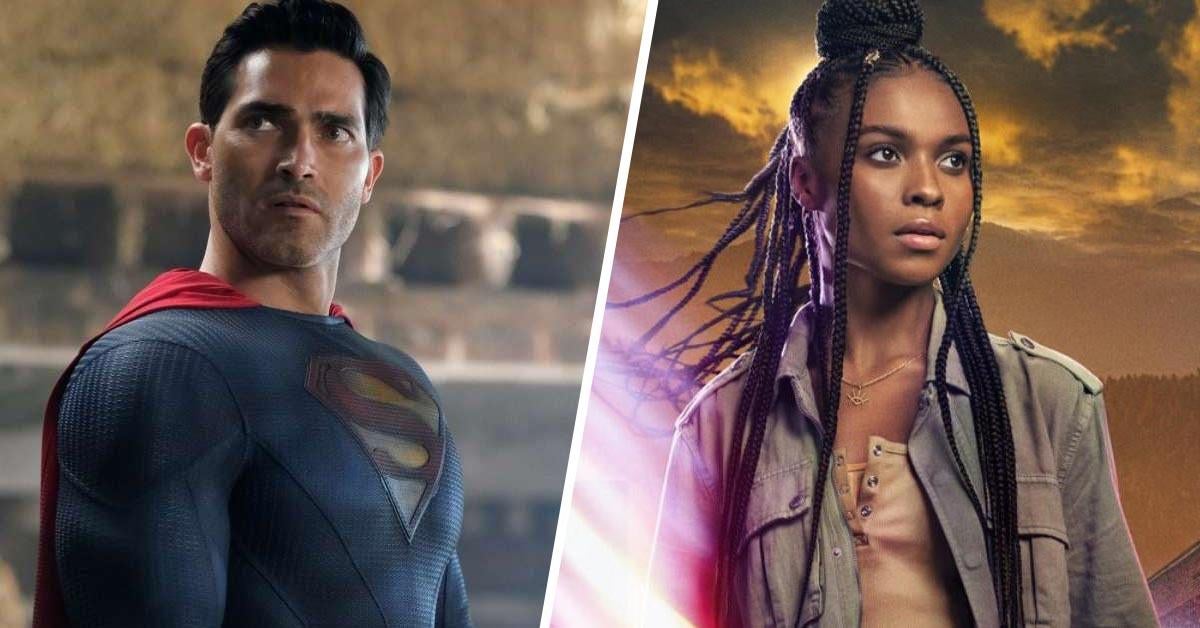 Naomi will debut its premiere episode on Tuesday night, ushering in a new era of The CW’s DC multiverse of TV shows. The series will introduce Naomi McDuffie (Kaci Walfall) into the world of live-action, a relatively new female hero who has already crossed paths with the Justice League and the Young Justice in the pages of DC Comics. While audiences will have to wait and see exactly where Naomi fits into the world of DCTV, we do know that the series will deal with a new incarnation of Superman, as opposed to The CW’s existing Superman currently portrayed by Tyler Hoechlin on Superman & Lois. During a recent roundtable interview with press, Walfall spoke about how her version of Naomi would react to hypothetically meeting a Superman, and how her being in a separate universe from the other DC heroes might be an advantage.

“She has a couple interactions with him in the comic, and I think that they are so hilarious,” Walfall revealed. “I think that, if she were to meet him in person, she would probably faint. Not in the way that she faints in the pilot, but in the way that it’s like, ‘This is real!’ She would ask him 20 million questions. I think that that would be one of the most funny relationships that would happen in Naomi’s life.”

“It is a different universe,” Walfall added. “She can’t necessarily call on The Flash. She can’t necessarily call on Supergirl. I also think that that allows for her to grow more, and it allows for her to learn for herself. But in her universe, she has people like Dee, and Dee can teach her. He doesn’t have all the answers, but he can teach her more about her hero life. She’s navigating it throughout the series. I also think the show is different, because it’s a different narrative that’s told. It’s a different story that’s told. The show’s kind of lighter, but it’s also much darker, and much more personal. Sometimes if, let’s say everyone got powers — would it be such a positive thing or would we feel an immense amount of pressure?”

While Naomi co-creator Ava DuVernay has hinted that there won’t be any crossovers with other shows in Season 1, Walfall did speak to which other DC TV actors she’d like to cross paths with, as wel as her own familiarity

“I would love to meet Grant Gustin,” Walfall revealed. “I love The Flash. Candace Patton and Melissa Benoist. I love Supergirl. Javicia Leslie. There are just so many great people who’ve told great stories within the DC world that I would love to meet.”

“I wasn’t familiar with DC Comics,” Walfall revealed elsewhere in the press event. “Of course, I knew what DC Comics was, but I hadn’t read any DC comics. I watched The Flash. I watched Supergirl. Supergirl was my favorite show when I was in middle school. I watched Black Lightning. I loved Wonder Woman when it came out, it was my favorite movie the year that it came out. And the first Suicide Squad, I forced my family to watch that after I watched it for the first time, because I had never seen anything like it. So I was really excited to have booked this project, to even get an audition for it.”

Naomi premieres on Tuesday, January 11th, at 9/8c on The CW.

Denial of responsibility! Yours Headline is an automatic aggregator of the all world’s media. In each content, the hyperlink to the primary source is specified. All trademarks belong to their rightful owners, all materials to their authors. If you are the owner of the content and do not want us to publish your materials, please contact us by email – [email protected]. The content will be deleted within 24 hours.
arrowverseKaci WalfallNaomiSuperman & LoisThe CW
0
Share

Andrew Garfield Reveals Which Scene Got Him To Say Yes