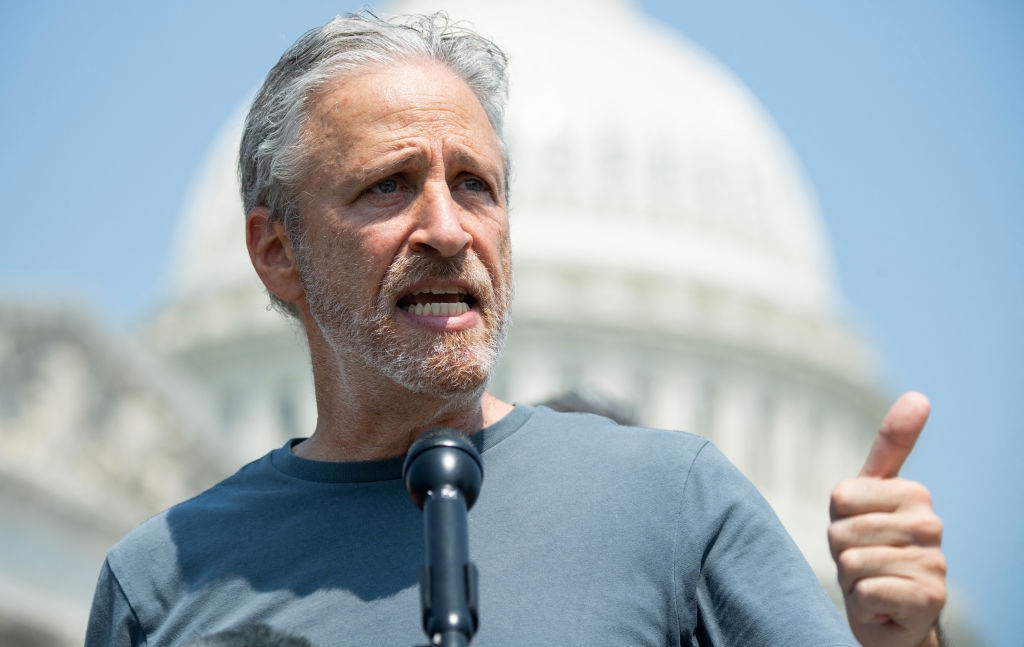 Reviews and recommendations are unbiased and products are independently selected. Postmedia may earn an affiliate commission from purchases made through links on this page.

Jon Stewart is backtracking on his claims that J.K. Rowling is anti-Semitic for her portrayal of goblins in Harry Potter , saying he was just joshing us.

It was last month when the former Daily Show host commented that the goblin characters that run the Gringotts bank in Rowling’s books and movies were based on caricatures of Jews, and questioned why the author chose to “throw Jews in there to run the f—ing underground bank” in a fictional world where people “can ride dragons and have pet owls.”

Unlike her questionable comments regarding the trans community, Potter fans pointed out that Rowling has long been vocal about anti-Semitism and is “very supportive” of the Jewish community.

The backlash has continued weeks later so Stewart fired back, telling news outlets who have been covering the story to “get a f—ing grip.”

“I cannot stress this enough — I am not accusing J.K. Rowling of being anti-Semitic,” Stewart clarified in a video shared on Twitter.

“She need not answer to any of it,” he continued. “I don’t want the Harry Potter movies censored in any way. It was a lighthearted conversation. Get a f—-ing grip!”

He added that no “reasonable” person would have taken his comments seriously.

“There is no reasonable person that could’ve watched it and not seen it as a lighthearted conversation between colleagues and chums, having a laugh, enjoying ourselves about Harry Potter , my experience watching it for the first time in a theatre as a Jewish guy, and how some tropes that are so embedded in society that they’re basically invisible even in a considered process like movie making,” he explained.

Stewart added: “I really love the Harry Potter movies, probably too much for a gentleman of my considerable age.”

There you have it. Stewart does think Rowling is anti-Semitic. Sometimes you have to sense the tone to determine whether something’s serious and something’s a joke. And sometimes a goblin is just a goblin.

5 ways to style your outfit in 2022’s Pantone shade

Kunal Kemmu and Soha Ali Khan relationship: When Kunal Kemmu spoke about being in a…

Katrina Kaif sets the ‘Gram on fire as she stuns in a bikini in the Maldives; fan…