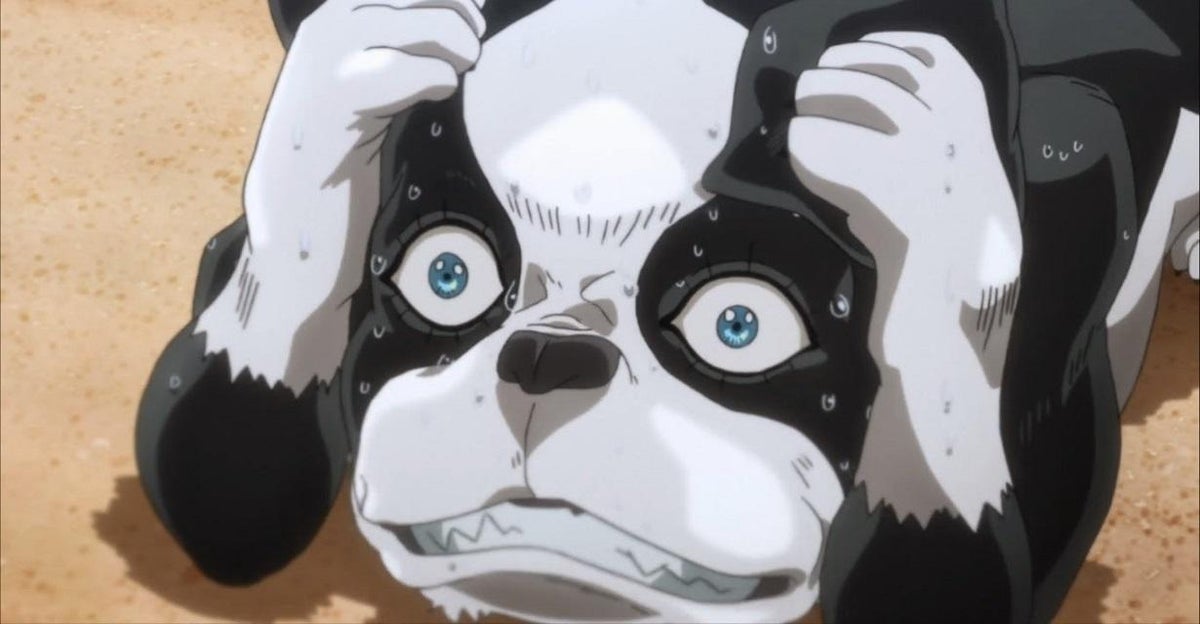 There have been plenty of crazy characters introduced over the decades of JoJo’s Bizarre Adventure, but perhaps none stick out as much as the Stand user that also happens to be a tiny dog who is infatuated with coffee-flavored gun, Iggy. First hitting the scene in the story of Stardust Crusaders, Iggy unfortunately died in the fight against Dio Brando and his followers, but that isn’t stopping the series created by Hirohiko Araki from bringing the character back in a new spin-off story that is set to land later this year.

Iggy might have the mind of a pup, but his Stand, the Fool, had plenty of surprises in store for his opponents, with the sand-based creation having the ability to take on nearly any shape that the tiny pooch wanted. First being presented as an antagonist to Jotaro and his friends on their journey to defeat the nefarious vampire Dio, he eventually became their ally after a brief confrontation, having originally been found by Avdol in an alleyway. As stated earlier, this upcoming story will be bittersweet as Iggy lost his life battling against the Stand User Vanilla Ice, alongside Avdol, with Polnareff being the last man standing in this Stand battle.

The upcoming short story is set to be released this March in JoJo Magazine, written by author Otsuichi, which will document the first confrontation between Iggy and Avdol in New York City, an event that had previously taken place between the panels of the manga series.

Ironically enough, Iggy’s status might have changed as a result of the video game, JoJo’s Bizarre Adventure: Eyes of Heaven, which introduced evil, alternate versions of the tiny dog and other fallen Stardust Crusaders, including Avdol and Kakyoin. In the final moments of the game, it hinted at the fact that these allie to Jotaro Kujo might have actually been brought back to life thanks to the battle that brought together all the different generations of Joestar to fight a resurrected Dio Brando, who was sporting a serious power boost. Readers will have to see if this story is mentioned in the upcoming spin-off.

What future project in the world of Stands are you most looking forward to? Feel free to let us know in the comments or hit me up directly on Twitter @EVComedy to talk all things comics, anime, and the world of the Joestars.

Denial of responsibility! Yours Headline is an automatic aggregator of the all world’s media. In each content, the hyperlink to the primary source is specified. All trademarks belong to their rightful owners, all materials to their authors. If you are the owner of the content and do not want us to publish your materials, please contact us by email – [email protected]. The content will be deleted within 24 hours.
JoJo
0
Share

What do the different tsunami alerts mean?

Feed Your Head with ALICE EVER AFTER

Every Movie and TV Show Arriving in February 2022