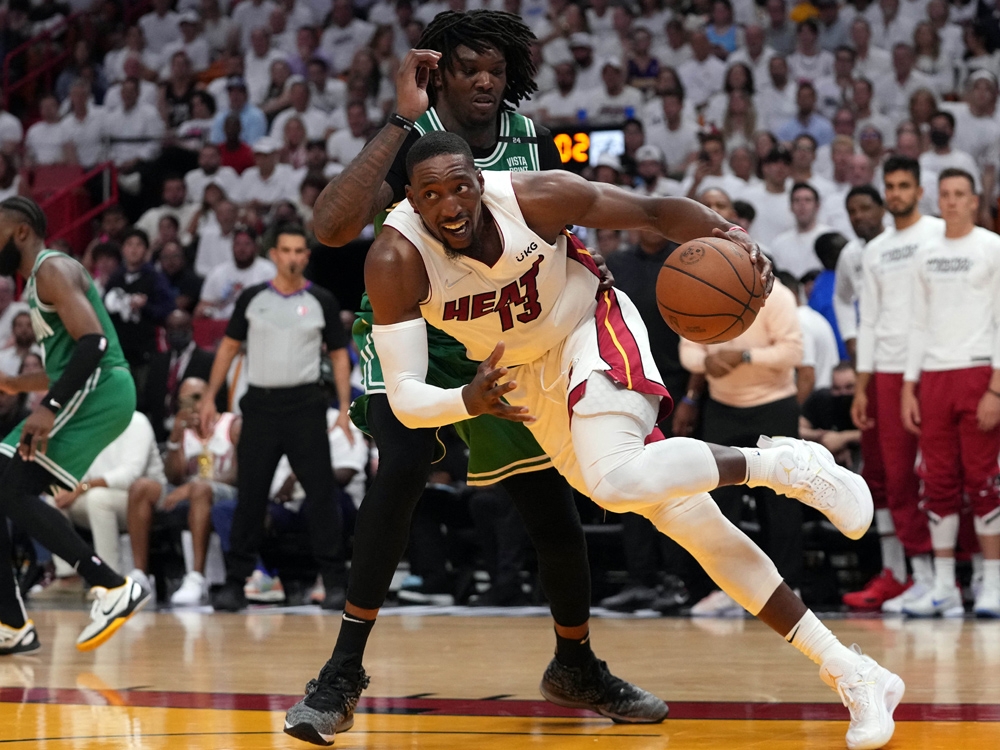 Jimmy Butler scored 17 of his 41 points in an epic third-quarter uprising to help the host Miami Heat rally for a 118-107 victory over the Boston Celtics in Game 1 of the Eastern Conference finals on Tuesday night.

Game 2 is Thursday night in Miami.

The Heat were without Kyle Lowry (left hamstring) for the seventh time in the past nine games.

Max Strus scored 11 points and Bam Adebayo added 10 points and four blocked shots for Miami. The Heat shot 48.8% from the field, including 10 of 30 from 3-point range.

Miami opened the third quarter with a 22-2 burst to turn an eight-point halftime deficit into a 76-64 lead. Boston didn’t make a field goal for the first 7:07 of the period.

After the Celtics scored nine straight points to move within three, the Heat finished the quarter with a 17-3 surge to hold the 17-point edge. Boston shot just 13.3% (2 of 15) from the field in the period.

Herro was fouled while shooting a 3-pointer and made all three free throws to give Miami a 96-76 lead with 10:45 left in the contest. Boston answered with 10 straight points and pulled within 96-86 on two free throws by Grant Williams with 8:21 remaining.

Two free throws by Vincent and a layup by Butler clinched it for Miami.