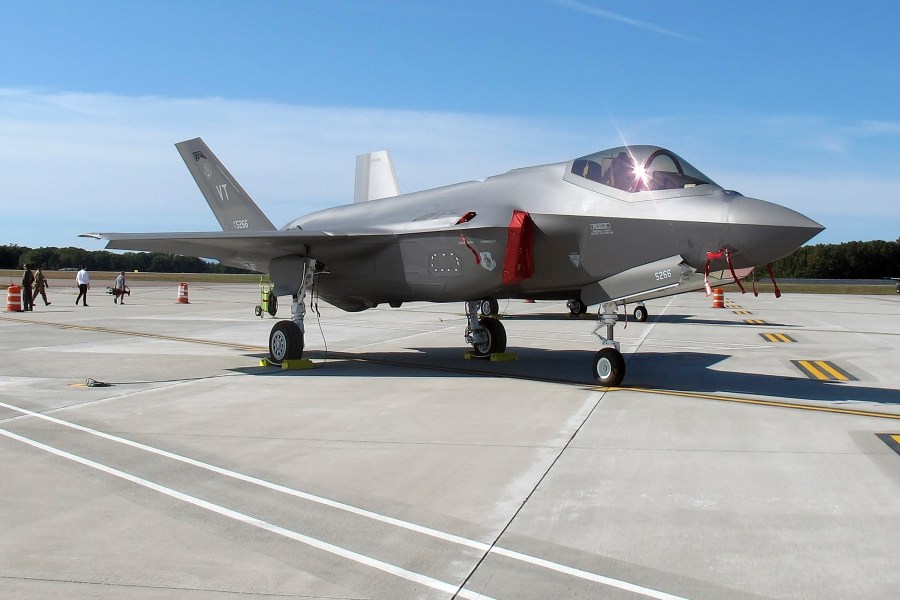 (NewsNation) — Lockheed Martin has eight completed F-35 fighter jets with no known delivery date. That’s because the Pentagon discovered a magnet in the aircraft’s engine that came from China, which is raising security concerns.

The Pentagon has halted all shipments until contractors can confirm that no other materials were sourced from China. A spokesperson for the Pentagon confirmed the magnet will not transmit information, and there is zero risk involved.

In the meantime, Lockheed Martin plans to take a much deeper look into its supply chain to learn how the unauthorized magnet wound up being used.

Former F-22 pilot Dan Walker joined NewsNation’s “Rush Hour” on Thursday to discuss the situation. He says a scenario where the Department of Defense grounds the entire fleet of F-35s is possible, but it’s not as big of a deal as it seems.

FedEx to increase shipping and delivery rates next year

“It sounds like this big, hairy scary issue to ground an entire fleet, but the Department of Defense has done that a number of times,” Walker said. “My aircraft, the F-22, had been grounded for I think over a year back when some of our oxygen issues were going on, and again, it’s about minimizing risk and protecting the lives of the pilots, either in a training environment like we were in the F-22, or potentially like supply chain issues that could lead to further problems down the road.”

Walker believes the Pentagon made the right call by halting shipments.

Greg Ulmer, Lockheed Martin’s executive vice president for aeronautics, told Defense News the company is continuing to build F-35s while it waits on the DOD to give the go-ahead on resuming deliveries.

Repair work begins in some Alaska towns slammed by storm

The mass unbanning of suspended Twitter users is underway