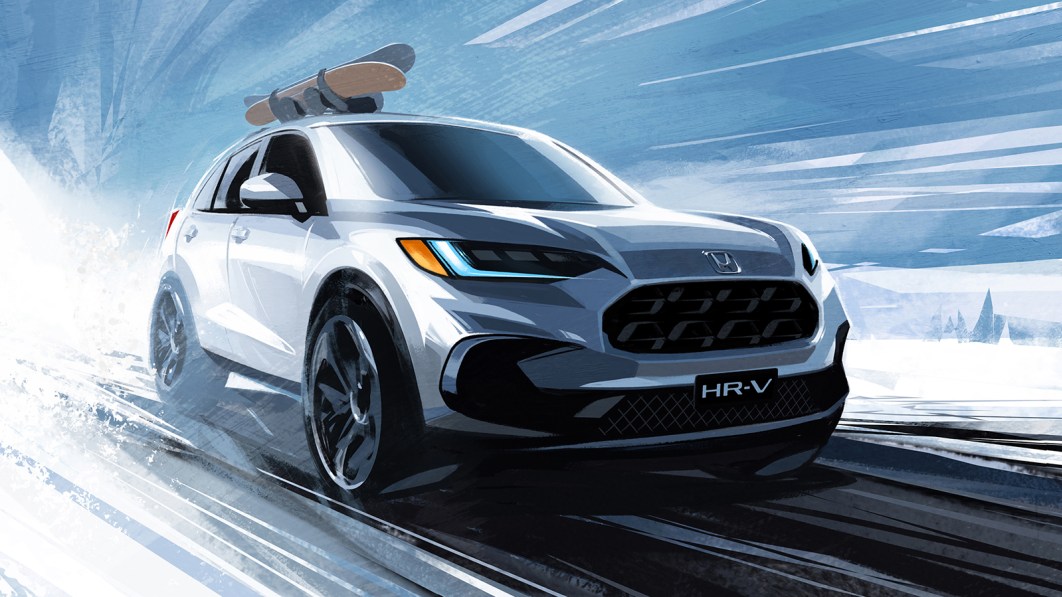 Automakers and PR representatives are notoriously tight-lipped about upcoming vehicles. The infamous line that all of us in the car news business are familiar with is, “We cannot comment on future product.” But this week, Honda opened up a little bit and laid out its big reveals for the coming year, and it’s going to be a busy one. It all starts with the 2023 Honda HR-V, shown in the renderings above.

The company didn’t share a whole lot of details since it was focusing on the broad product plans, but it did note that it will be “unique to North America.” It’s not clear if it’s just styling, which is abundantly obvious compared to the European HR-V and Japanese Vezel shown below, or if it will have a different platform and powertrains. We suspect the latter, since looking at the renderings, not only does it have a meaner, more aggressive look, but the glass in the greenhouse is different, as are the door handles.

The HR-V is only the start of the big product rollout. More SUVs follow starting with the new CR-V, and then the new Pilot. A new Accord is coming, and of course there’s the imminent Civic Type R. Acura’s rollout is a bit more modest, with the big launches being the new Integra and the Type-S version of the MDX.

There’s one thing that Honda isn’t including in its plans, and that’s plug-in hybrids. When asked why, American Honda’s executive Vice President of National Operations Dave Gardner noted that public and governmental feelings have moved from just reducing emissions to eliminating them entirely. As such, the time and effort to develop plug-in hybrids doesn’t make sense when that could be applied to fully electric cars.

Conventional, non-plug-in hybrids are still planned, and Honda is expecting ever increasing hybrid sales in the next few years. The company is expecting half of Accord sales will eventually be hybrid. As for Acura, hybrids aren’t planned to be a big part of sales, with the brand jumping straight to EVs.

Speaking of EVs, Honda’s first North American electric car is still planned to be the Prologue. It’s the electric model that’s going to be based on a General Motors product. It’s slated for the 2024 model year, and Honda is anticipating around 70,000 annual sales for it to start. Acura will get a counterpart to the Prologue, which may be named ADX.