How does the Supreme Court nomination process work? 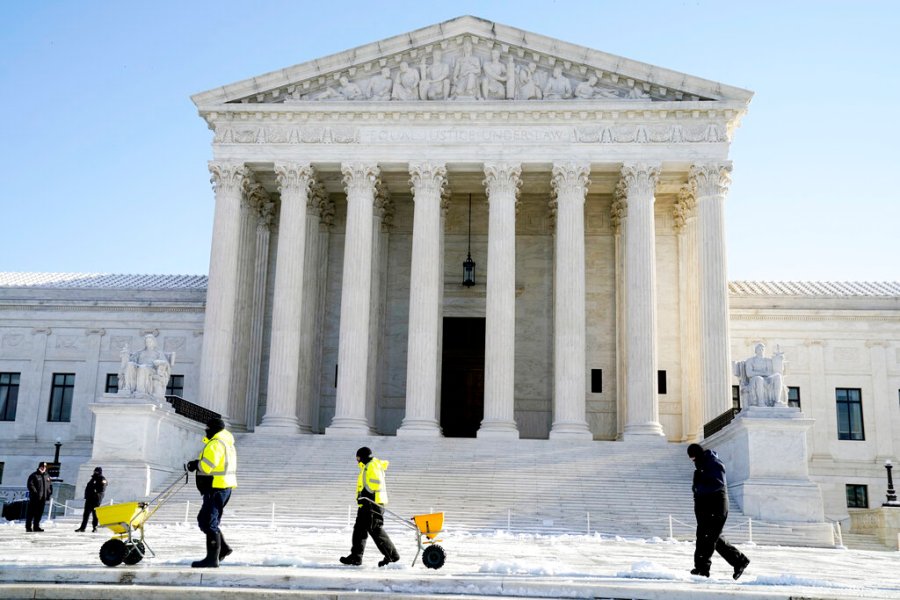 (NewsNation Now) — President Joe Biden will have his first opportunity to add a member to the nation’s highest court this summer, after reports that longtime U.S. Supreme Court Justice Stephen Breyer will retire.

But what’s next in the process?

First, Biden has to pick a nominee. The president promised during his campaign to name a Black woman to the Supreme Court if a vacancy arises, and the White House reiterated that commitment Wednesday.

Once Biden picks a nominee, the Senate Judiciary Committee spends time collecting background information about that candidate. Once that’s done, the committee holds public hearings with that nominee, along with witnesses supporting and opposing the choice. The purpose is to get answers about the individual’s qualifications and judicial philosophy.

After that the committee votes to send the nominee to the full Senate. The full Senate then gets to debate the nomination. Finally, the Senate votes on that nomination and confirms at least 50 senators must vote yes. And then, if necessary, the vice president can break a tie in favor of the nominee.

Since 1789, there have only been 37 unsuccessful nominations of a person to the Supreme Court, meaning history is likely on the side of whoever Biden nominates.

The Senate plans to launch the confirmation process as soon as Biden makes a nomination. Senate Majority Leader Chuck Schumer, D-N.Y., said Biden’s pick will receive a prompt hearing and will be considered and confirmed “with all deliberate speed.”

Even though Breyer is not expected to retire until the summer, the Senate can move quickly to confirm his successor. Democrats could quickly hold confirmation hearings in the Judiciary Committee and even hold a full vote in the Senate before he steps down.

The Senate would just refrain from sending the president the paperwork on the final confirmation vote until Breyer steps aside. The Supreme Court’s term usually ends in late June.