GOLDBERG: Trump’s goal is to solidify control over the GOP, not help it win elections 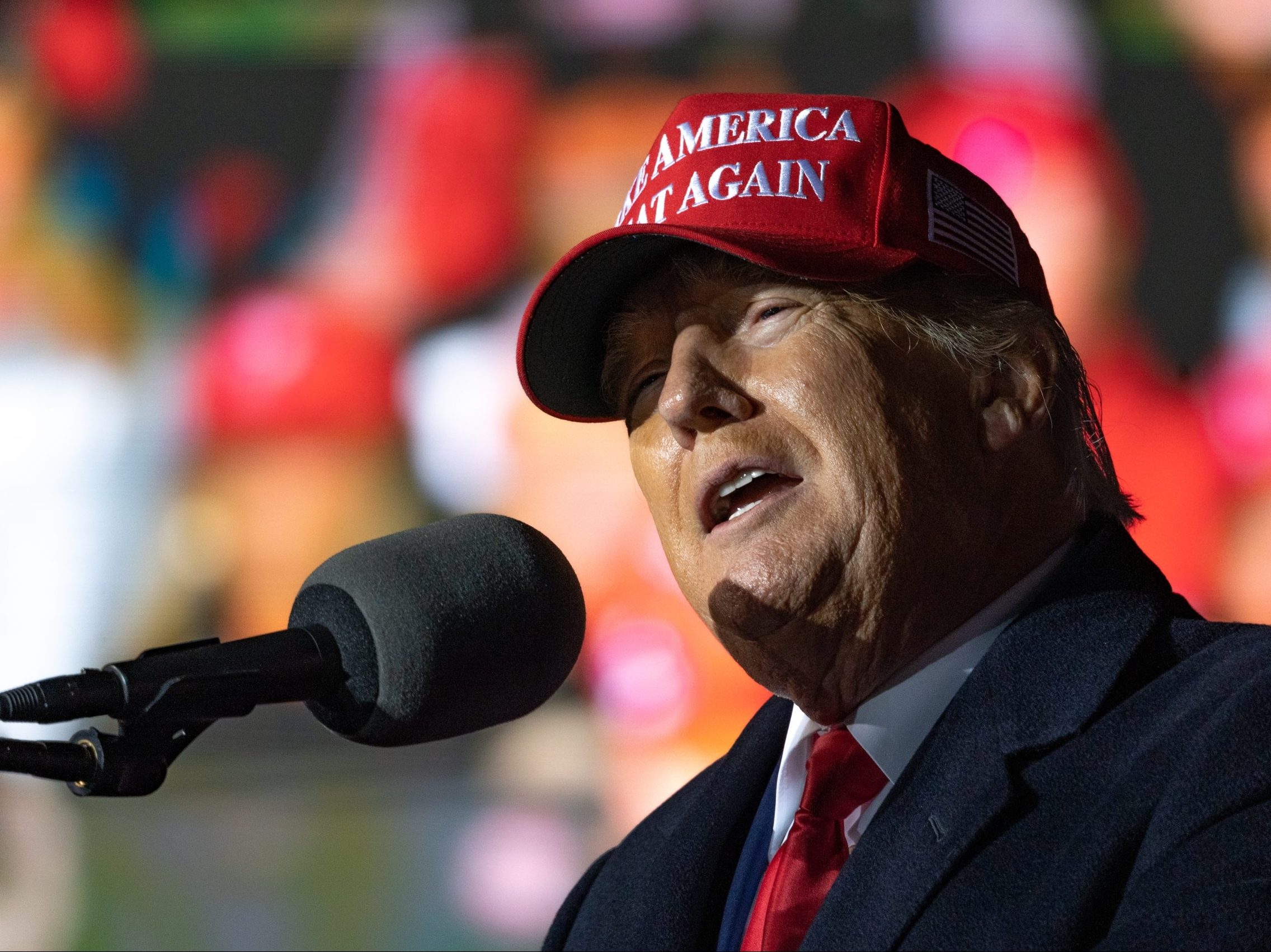 Sen. Ted Cruz of Texas said something interesting while campaigning for Dave McCormick, one of the contenders for the GOP nomination to replace departing Sen. Pat Toomey of Pennsylvania.

“Just once, I’d love to see a Republican candidate stand up in a primary and say: ‘I am a moderate, establishment squish. I stand for absolutely nothing.’ It would be refreshingly honest at least. But nobody says that.” He then added, “And by the way, they all pledge their love for Donald Trump. ‘I love Donald Trump.’ ‘No, no. I love Donald Trump more.’ ‘No, no, no. I have Donald Trump tattooed on my rear end.’ ”

Cruz’s remarks invited mockery, given that he battled Trump for the GOP presidential nomination in 2016 all the way to the convention and then pledged his love for Trump — despite the fact that Trump had insulted Cruz’s wife, suggested Cruz’s father was linked to John F. Kennedy’s assassination and claimed Cruz stole the Iowa caucuses.

There’s no point sitting around pondering Cruz’s lack of self-awareness. But he did make a good point. It’s true that, with very few exceptions, Republican primary candidates do pledge their love for Trump. Some are more obsequious and shameless than others, of course. In Ohio, Josh Mandel lost his bid for the GOP senate nomination — and for Trump’s endorsement — despite running as the Renfield to Trump’s Dracula.

Besides memory-holing his own Trump sycophancy, the other strange note in Cruz’s performance was his claim that “the establishment” is still run by moderate Republican “squishes.” The reality is that to the extent there is an “establishment” — everyone from nationalist donors like Peter Thiel to the Heritage Foundation to Fox News — it’s mostly MAGA.

House Republicans completed their transition to full MAGA when they defenestrated Rep. Liz Cheney and replaced her with Rep. Elise Stefanik, who has transformed herself from a thoughtful Republican moderate into little more than a Twitter troll.

It’s true that Senate Republican leader Mitch McConnell has no love for Trump, but he’s neither a moderate nor a squish. (He’s also said he would vote for Trump if he is the party’s presidential nominee in 2024.)

The key to understanding the GOP primaries is to understand that neither traditional conservative ideology nor even competence are qualifications or differentiators anymore. If they were, Liz Cheney wouldn’t be a pariah, and the bomb-throwing Reps. Marjorie Taylor Greene and Lauren Boebert wouldn’t be Republican stars. Everyone has to be an angry populist revolutionary who wants to see the world burn.

Of course, none of Trump’s criteria for endorsements have anything to do with ideological or even partisan litmus tests. Candidates seeking his endorsement must praise him lavishly. They also must subscribe to his bogus claim that the 2020 election was stolen from him. And, if they check those boxes, they need to have a better-than-good chance of winning — without his endorsement. Trump wants to pick winners, so he can take credit for being a kingmaker.

Trump’s real goal isn’t to expand the party but to solidify his control of it. As Fred Bauer notes in National Review, Trump has been “more focused on asserting dominance over the GOP than ensuring that Republicans win elections.”

The irony is that Trump is now grappling with the woes of being the establishment. And while his agenda looks nothing like a normal establishment agenda, he still has to contend with politicians with their own ambitions, and they’re giving Trump a taste of his own medicine.

In the final days of the Pennsylvania primary, Kathy Barnette, a GOP Senate candidate, took to attacking the “swamp” in true Trumpian fashion. But who are the swamp creatures, according to Barnette? People like Fox News’ Sean Hannity, who has carried more water for Trump than a thousand Gunga Dins.

“Although he coined the word, MAGA actually belongs to the people.” Barnette said in a recent debate. “Our values never, never shifted to President Trump’s values. It was President Trump who shifted and aligned with our values.” Translation: MAGA is bigger than Trump now.

Trump will have more wins and losses in this primary season, but the larger lesson is clear: The die has been cast. Josh Mandel didn’t stop campaigning when Trump rebuffed him. Cruz was perfectly happy to campaign for McCormick against Trump’s endorsed candidate, Dr. Mehmet Oz. McCormick surrounded himself with former Trump aides, who apparently didn’t mind working against their old boss. A politician like Florida Gov. Ron DeSantis started out as a student of Trumpism and is now a MAGA master.

Trump’s revolution within the GOP succeeded, but as Jacques Mallet du Pan wrote in 1793 about the chaos in France, “Like Saturn, the Revolution devours its children.”

Jonah Goldberg is editor-in-chief of The Dispatch and the host of The Remnant podcast.

Phillip Kennedy Johnson discusses his take on James Bond in 007

Sapphic Planet: The Many Loves of DC’s Bombshells