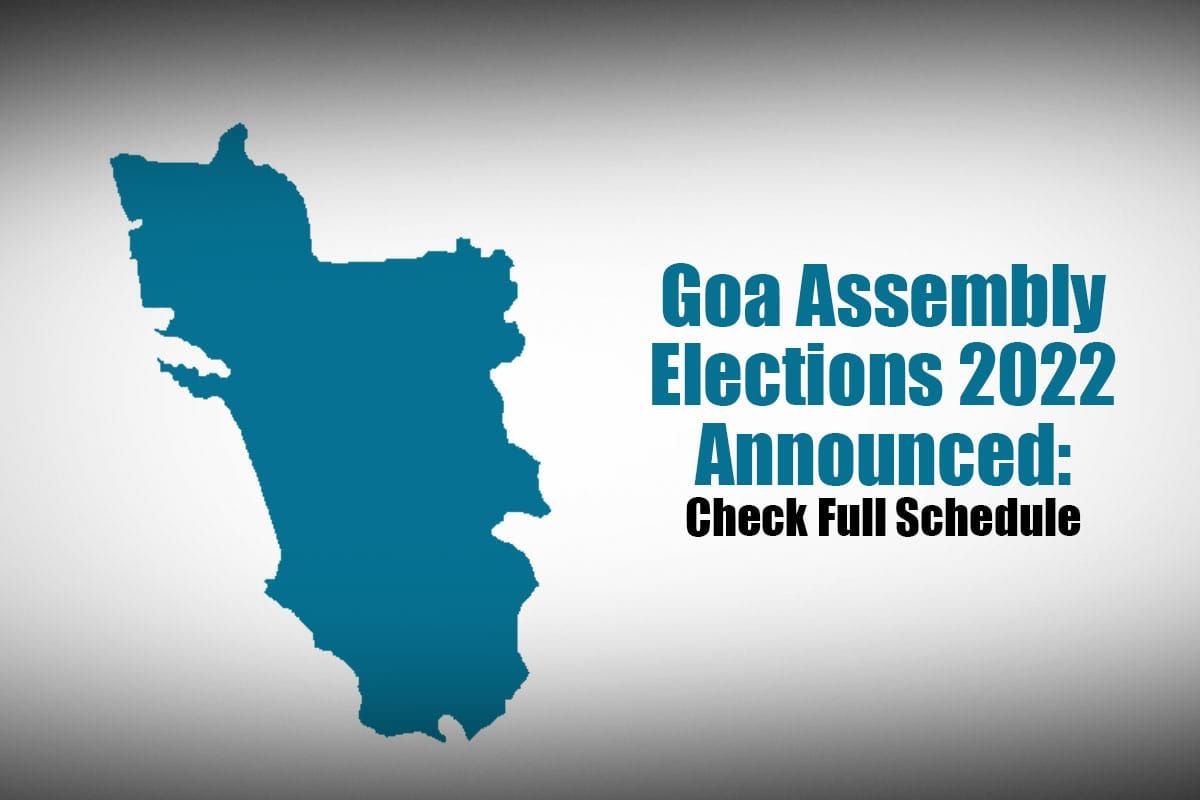 The term of the current Goa assembly will expire on March 12, 2022. Besides Goa, the polling dates for assembly election in four other states including Uttar Pradesh, Punjab, Uttarakhand and Manipur. Also Read – Breaking News LIVE: Former UP Minister Dara Singh Chauhan Join Samajwadi Party Ahead Of Assembly Polls

“A total of 18.34 crore electors including service voters will take part in 2022 Assembly Elections out of which 8.55 crore are women electors. As many as 24 lakh people were registered as first-time voters for polling scheduled to take place in five states – Uttar Pradesh, Punjab, Uttarakhand, Goa and Manipur. Around 11.4 lakh were first time women voters,” the poll panel said. Also Read – EC Issues Notice to Samajwadi Party For Violating COVID Norms During Virtual Rally, Seeks Report in 24 Hours

Goa polls 2022: Key dates, figures, points to watch out for

The BJP, which is in power, is eyeing a comeback even as Mamata Banerjee-led Trinamool Congress and the Arvind Kejriwal-led Aam Aadmi Party (AAP) are going full throttle to make a mark in the electoral politics in 2022 Goa polls. Both – AAP and TMC – do not have a single legislator in the outgoing state legislative Assembly (2022 Goa Election).

Goa Chief Minister Pramod Sawant called Arvind Kejriwal-led AAP and Mamata Banerjee-led TMC “tourist parties” and claimed they “are not going to stay back in the state”.

Meanwhile, the Maharashtrawadi Gomantak Party (MGP) announced it would contest the forthcoming Goa polls in an alliance with the TMC. The Congress and the Goa Forward Party had also sealed a pre-poll alliance.

After the Assembly polls in 2017, the GFP, which had won three seats, extended support for the formation of the BJP-led state government under the leadership of Manohar Parrikar. But after Parrikar”s death in 2019, the alliance turned sour and resulted in the Sardesai-led party withdrawing its support.

In that election, the Congress had emerged as the single-largest party in Goa by winning 17 seats in the 40-member House, but could not come to power as the BJP, which bagged 13, allied with some independents and regional parties to form the government.

Zahter, London: ‘The best baklava I have ever eaten’ – restaurant review | Food

Why Steve Jobs called Apple staffers while on vacations

Digital Kumbh museum to come up by 2025 in Prayagraj

1 Dead, 2 Trapped After Massive Landslide Due to Heavy Rains in Arunchal’s…