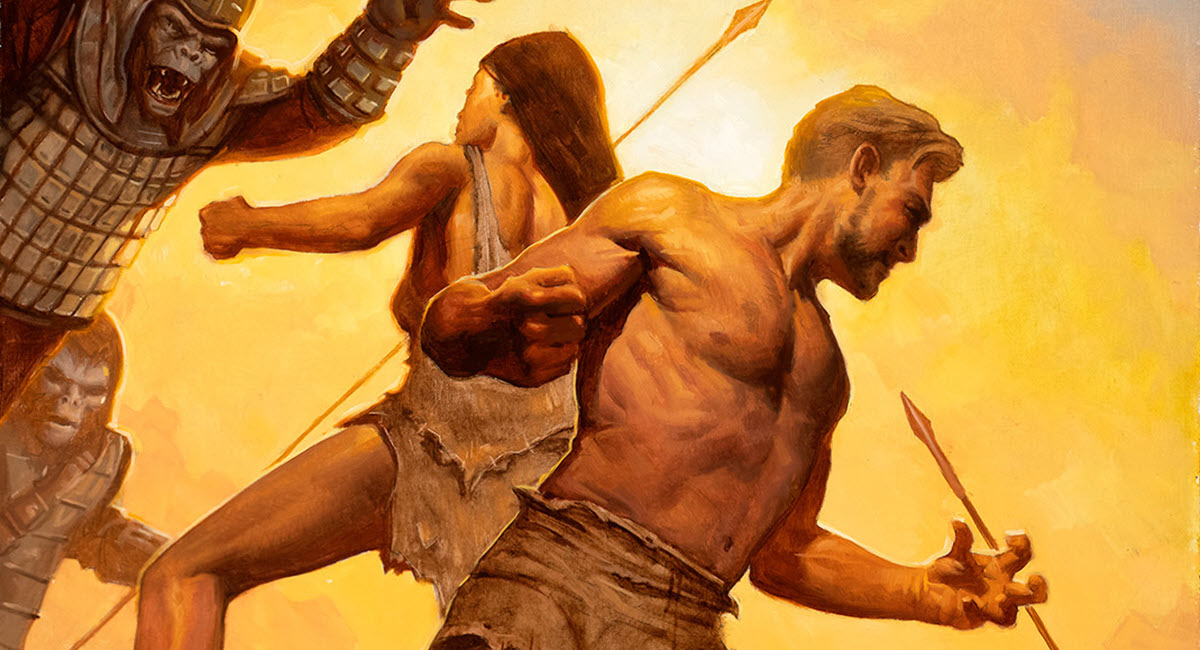 Last week Marvel Comics announced that they had regained the license to Planet of the Apes, the classic sci-fi franchise where, in the far future, intelligent apes have risen up and taken over the Earth. Today the publisher revealed their first new release for the property, an omnibus collection of the original Marvel Comics Planet of the Apes comics from the ’70s. The omnibus is set to arrive early next year.

The omnibus collection of stories originally released between 1974-1977 and written by Doug Moench and illustrated by George Tuska and Alfredo Alcala will come with a new cover by artist E.M. Gist, and with a direct market-exclusive variant featuring a classic cover from the series by Gil Kane & Mike Esposito. Here’s how Marvel describes the collection:

This rare collection will reprint all eleven issues of ADVENTURES ON THE PLANETS OF THE APES for the very first time! The beloved 1975 series adapted the first two iconic Planet of the Apes films and hold a special place in the hearts of Planet of the Apes and Marvel Comics fans alike!

When a crew of astronauts crash-lands on a strange and desolate world, they discover a society of apes with heightened intelligence and speech! And here, a race of mute humans are their slaves! Can the mission’s leader, Taylor, fight his way free and hold onto his humanity? What is the shocking secret of this Planet of the Apes? And what unfathomable danger lies beneath the surface? Find out when a second spaceship makes its way to this uncanny world and another astronaut faces a battle for survival, with the fate of the entire planet at stake!

Based on the 1963 novel of the same name, the original Planet of the Apes film was released in 1968, and spawned four sequels, a live-action and an animated television series, an early 2000s remake, and a trio of prequels released in 2011, 2014, and 2017, respectively. Most importantly, though, it spawned a beloved musical episode of The Simpsons.

It’s unclear at this point what Marvel’s new offerings for the property will entail – whether they’ll be set during the original films or the prequels, or everything all at once – but a reprint of the original material is a logical place to start. It follows a similar model that Marvel has taken with the Alien and Predator licenses, where they reprinted previous material from other publishers, as well as with Conan, a license they will lose at the end of this year to Titan Comics.

Look for the Planet of the Apes Adventures: The Original Marvel Years Omnibus to arrive in stores in March of 2023.