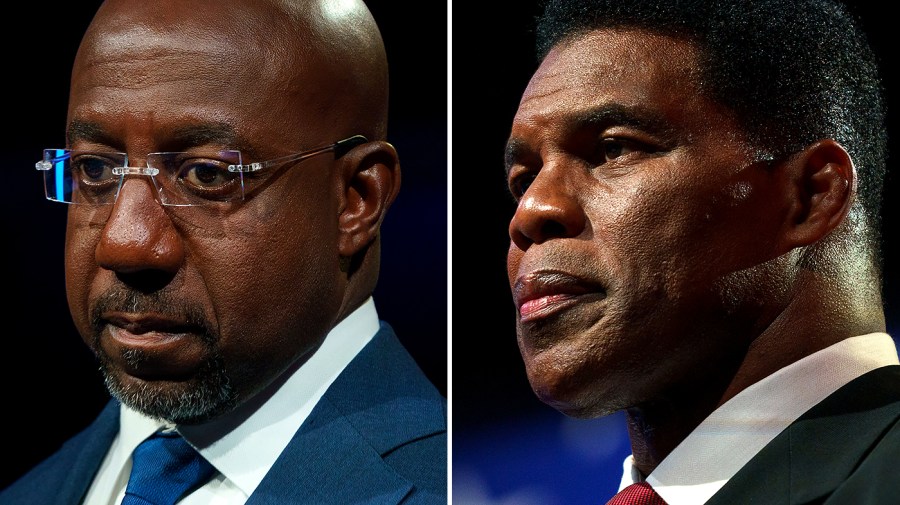 (NewsNation) — Early voting in Georgia’s runoff Senate election is underway in what is likely to be another close race, according to recent polling.

Although Republicans have done well in the past in in-person early voting, The Daily Beast Congressional Reporter Sam Brodey told NewsNation that votes so far could be swinging in Warnock’s favor.

“I saw some statistics this morning indicating that the in-person early vote so far — a plurality of those votes have been Black voters who skew heavily Democratic so that would be good news for Sen. Warnock so far,” Brodey said.

Decision Desk HQ’s model predicts that Warnock has a two-in-three chance of winning the race, but with a one-in-three shot at victory for Republican challenger Herschel Walker, it’s bound to be close, said Kiel Williams, senior data scientist with Decision Desk HQ.

Th Senate race between Warnock and Walker was too close to call after midterm election earlier this month. Neither candidate had garnered the majority of votes necessary under Georgia’s voting system, and the race was continued for a runoff election, set to take place Dec. 6. Early voting opened Saturday.

Warnock and Walker finished the with a razor-thin margin favoring Warnock by less than one percentage point, Decision Desk HQ results show.

“Georgia is a closely divided state,” Williams said, “I think we would all be very surprised if either candidate won by more than, let’s call it three or four points.”

Voters, including those outside of Georgia, had an eye on the race when it was predicted that Senate control would be on the line. Although that’s no longer the case, Georgia’s Senate race is still worth-watching, Williams said.

The results could point to interesting partisan trends in areas like Gwinnett County. The once historically red county overwhelmingly voted in Warnock’s favor earlier this month, county voting records show.

“(I’ll be) looking at places like Gwinnett County to see if it continues to march a pace to the left, or does it continue to replicate the margins that Joe Biden got in 2020 and that Warnock got in the first-round election this year?” Williams said. “How does that margin trend over time?

Statewide, the race remained neck-and-neck as of Monday. Recent polling from FiveThirtyEight placed Walker in the lead by just one percentage point, driving home that there’s not much to be gained through speculation based on early voting, Williams said.

The eight most vulnerable Senate Democrats in 2024

More than 180,700 — or 2.6% of registered Georgia voters — showed up at the polls as of Monday morning, according to data available on the state’s website.

On Sunday alone, Georgia residents cast more ballots than any single Sunday in the 2022, 2020 and 2018 general elections, according to Warnock’s campaign manager.

The Democratic candidate is no stranger to runoff elections. A pastor at Ebenezer Baptist Church, the Atlanta church civil rights leader Martin Luther King Jr. led, Warnock won his seat in a runoff in 2021.

His campaign has been expensive, too. Warnock has spent nearly $76 million on his campaign for re-election, compared to Walker’s $48 million, according to Open Secrets.

“We live in a highly polarized national political environment,” Williams said. “Anything you do is going to have a small effect size. If you run a million ads, the effect size of that is not going to be zero, but it’s going to be small.”