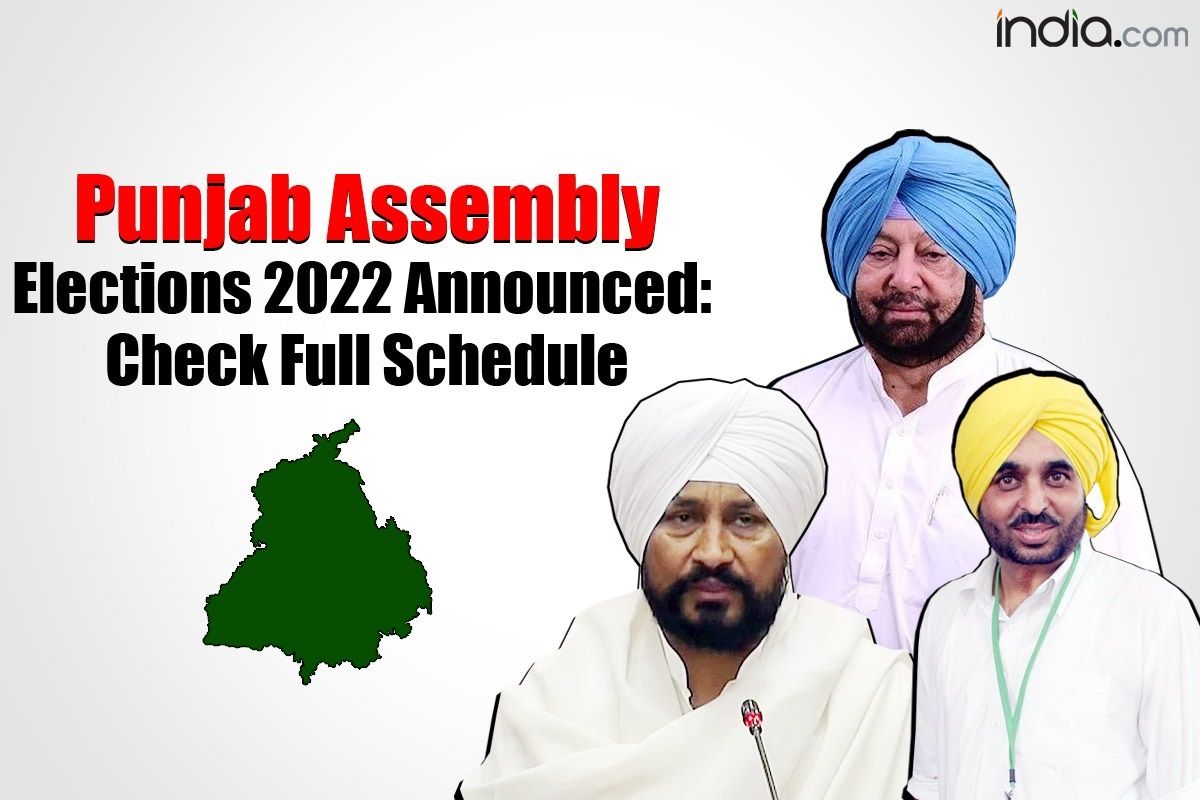 Chandigarh: The Election Commission announced the complete schedule for the upcoming Assembly elections in Punjab and four other states today. The EC also announced final result dates for Assembly elections 2022. The poll body convened a press conference and declared the schedule for the polls and results in Uttar Pradesh, Uttarakhand, Goa, Punjab and Manipur.Also Read – Assembly Election 2022: Strict Actions To Be Taken Against Polling Officers For Violation Of Covid Guidelines, Says EC | Highlights

Phase-wise schedule for all 5 states:

The major Chief Ministerial candidates in Punjab are as follows. As the Congress has not finalised its candidate amid infighting in the party, if the Congress government is reelected to power, either newly inducted Charanjit S Channi could retain his position or Punjab Congress chief Navjot Singh Sidhu, who seems to angling for the CM’s chair, could be chosen.

Former Chief Minister Captain Amarinder Singh‘s party Punjab Lok Congress’ is in alliance with the Bhartiya Janata Party (BJP) and the Shiromani Akali Dal (SAD)-Sanyukt. Amarinder Singh is likely to be the alliance’ CM if it wins the election.

Lok Sabha MP from Sangrur constituency in Punjab Bhagwant Mann could be the Aam Aadmi Party’s chief ministerial candidate for the 2022 Assembly polls. According to sources, the party has made up its mind to make Bhagwant Mann the CM face for Punjab elections.

Besides the poll schedule, fresh COVID-19 protocols were also announced to conduct the elections safely amid the rising number of cases across India.

Why Steve Jobs called Apple staffers while on vacations

Digital Kumbh museum to come up by 2025 in Prayagraj

1 Dead, 2 Trapped After Massive Landslide Due to Heavy Rains in Arunchal’s…